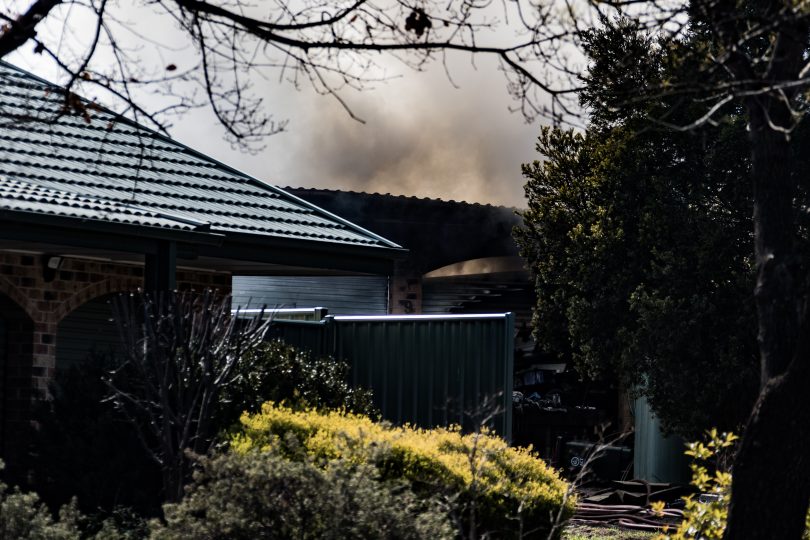 Firefighters were called to the Kambah home around 11:15 am this morning. Photos: Region Media.

ACT Fire and Rescue are at the scene of a fire on Horton Close, Kambah as firefighters attempt to extinguish the blaze.

An ESA spokesperson said firefighters have contained the fire to the garage and backyard and are working to extinguish it.

ACT Ambulance Service paramedics are also on scene and have treated two people for smoke inhalation.

The community may see large volumes of smoke for some time and are asked to avoid the area. 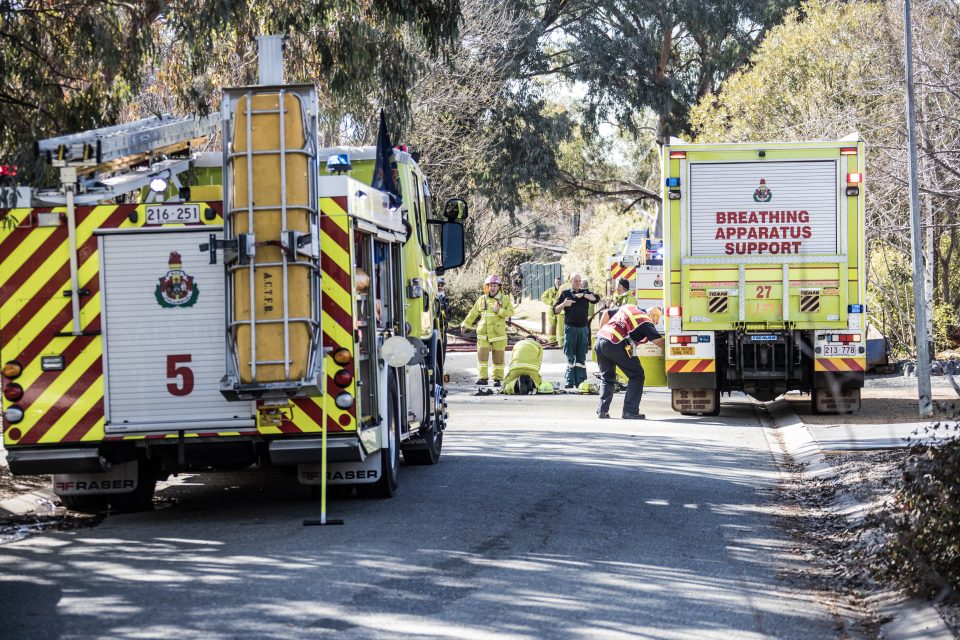 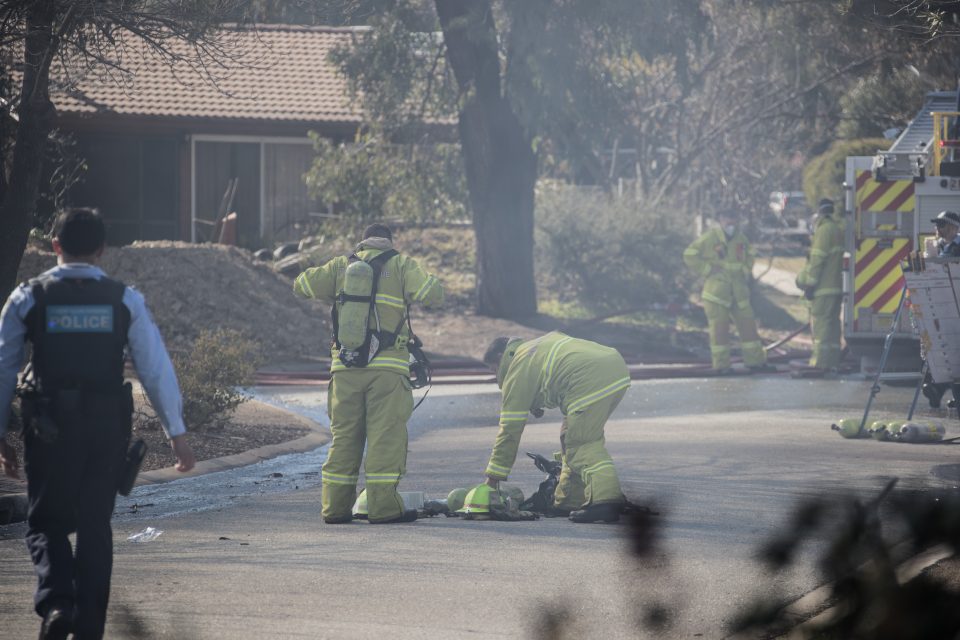 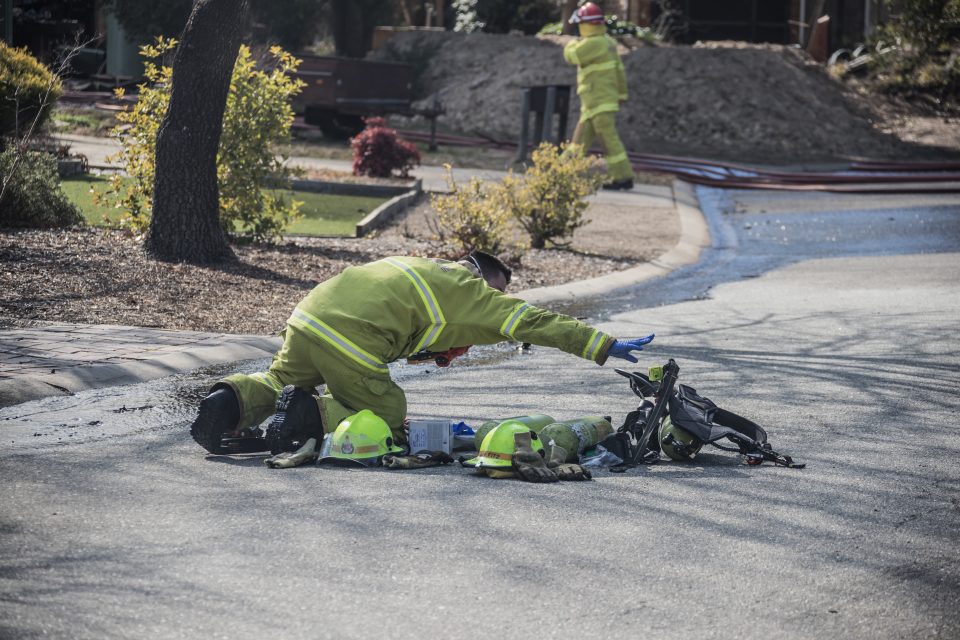 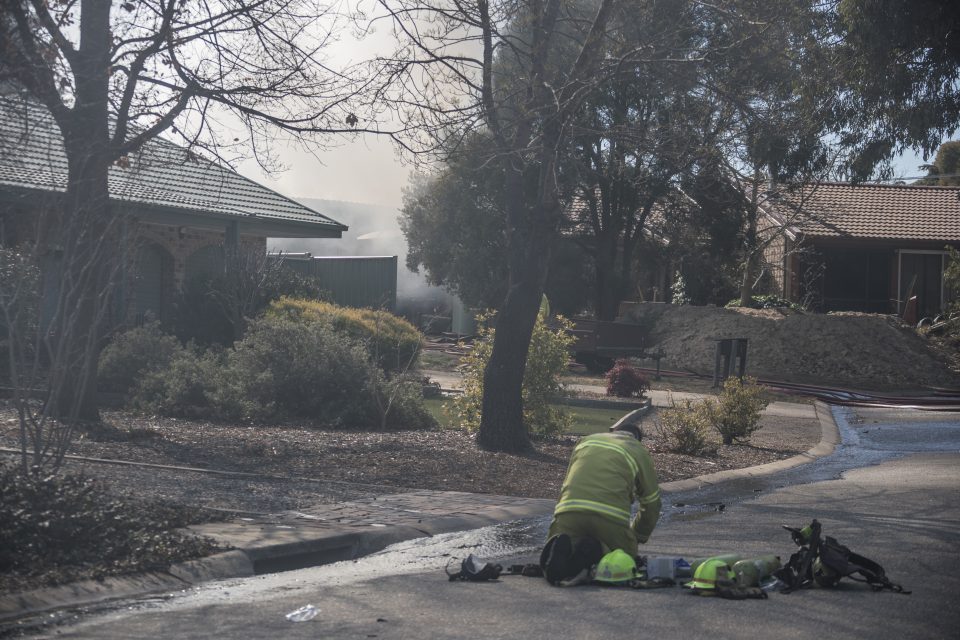