Flip Out these school holidays 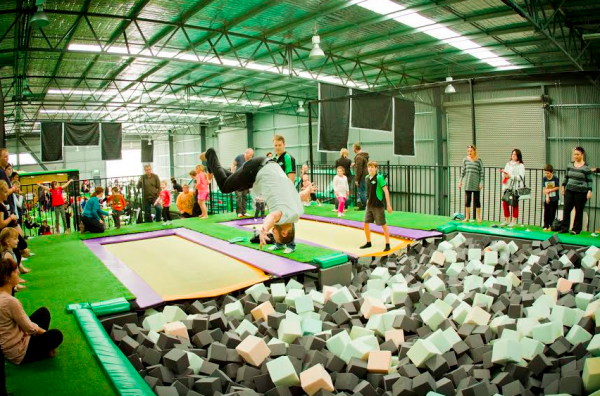 As school holidays kick off this week, there’s plenty for parents and children to love about Hume indoor trampoline arena Flip Out.

With giant trampolines, foam pits and no age restrictions, Flip Out Hume’s Meredith Hetherington says the bright green, 1800 square metre facility is the perfect way to keep kids entertained, healthy and active over the holiday break.

“When kids come here for the first time, they’re totally overwhelmed. There are so many things to do that just getting them to sit still is a challenge,” she says.

Meredith says that Flip Out caters to people of all ages and ability, not just school-aged children. And if you’re looking to beat the crowds, the busiest periods are between 10am and 4pm on weekends, with weekdays generally less busy.

“There are no age limits. We have an area that’s restricted to children under seven, and my one-year-old happily plays in there,” Meredith, who brought the Flip Out franchise to Canberra with Husband Adam, says.

“The oldest visitor that we know of was 73, and he had a great time. In the evenings we see more teenagers and people in their early twenties, and it has a bit of a nightclub feel some nights. There’s something for everyone here.”

Flip Out owner and CEO Brent Grundy was inspired to open the first centre in Penrith (the business also has franchises in New South Wales, Western Australia, Queensland and has begun expanding internationally) after realising that play centre parties rarely catered to all children and were boring for parents. You can be confident that when you visit a Flip Out centre during school holidays or for a birthday party, kids, mums, dads and even grandparents will be entertained.

Kids and adults can bounce, jump and soar as much as they’d like for around the same price as a movie ticket, making Flip Out good value too. The standard Flip Out rate is $14 per person for the first hour and $12 for the second, with discounts available for group bookings and mums with bubs.

Flip Out also offers Little Ninja classes for children aged between four and 14, teaching trampolining skills such as back flips and jump twists. As students develop and prove their skills they are rewarded with a different colour belt shirt, starting with white and finishing at black.

A north side Flip Out centre is also due to open in November 2014. Watch this space!

To find out more about Flip Out, visit flipout.net.au or drop into 30 Sawmill Circuit Hume between 9am and 9pm every day (except Friday & Saturday, which are open from 9am until 12pm). Call 02 620 1991 for more information. 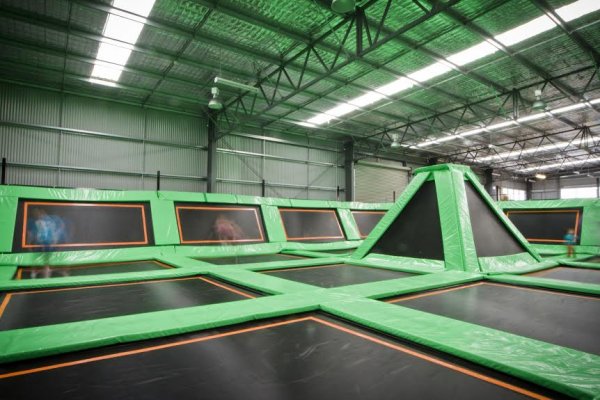 We had a kids 5yo birthday party here last month – perfect! I dunno who had more fun, the parents or the kids.

15 mins of bouncing is great cardio, just hop off for 5 mins and go again. Too easy, we’ll be going here frequently. I really like the idea of a gymnastics-style sport intro for the kids too…

I took my family a few weeks ago. The cost adds up quickly, but it was insanely good fun.

As an occasionaly treat, it rates very highly I reckon. Plus you’ll be stuffed afterwards (as will your kids).

I’ve been wanting to go along for ages with my partner – might wait till school hols are over though… it looks like so much fun!

Julia Evans - 2 minutes ago
Anne Brechin I certainly don’t. View
Anne Brechin - 5 hours ago
I’m not convinced society as a whole wants to jail 11 year olds. View
Coralee Rauber - 6 hours ago
At age 11 the kids know better. The age should stay at 10 to be sentenced View
Community 92

Julie Macklin - 1 hour ago
Angie Carey Where? I can't see any posts on the footpath with signs in the photographs. On the wall yes, but is that an offic... View
Angie Carey - 1 hour ago
There is also footpath signage for this parking spot. View
Grant Burns - 2 hours ago
I’m no mathematician but as I see it there are 318,148 registered vehicles in the ACT (ABS Jan 2021), and according to the... View
News 10

John Dow - 1 hour ago
Still go down via Nerriga, but no road from Araluen still. The NSW roads website only mentions Brown Mountain and Kangaroo Va... View
Andre De Menezes Ribeiro - 2 hours ago
Thi Thai Hien Pham we just made it!... View
Community 166

Lisa Woods - 2 hours ago
This is appalling give him back his best mate he is a very kind and gentle dog everyone I've seen Patting him or talking to P... View
Nada Krstin - 2 hours ago
Craig Robinson Thank YOU for setting it up! I see good results, that Bruiser has been desexed and will be back with Paul soon... View
Sunny Jay - 7 hours ago
The dog needs to be under control at all times in public places where interaction with others can occur. On a leash is the be... View
Sport 2

HiddenDragon - 2 hours ago
"In the ACT, only a public service cleanout would make a dent on the market, and that is hardly going to happen when governme... View
Capital Retro - 5 hours ago
There is absolutely no incentive for people to downsize. The ideal requirement for downsizing seniors is a single level town... View
bj_ACT - 7 hours ago
I’m surprised you don’t think the price of land has risen much in the last year. One half of a sub divided block near me... View
News 1

Liam O'Toole - 3 hours ago
National Capital Authority ignored all submission put in against the redevelopment. It's the biggest waste of money and vanit... View
Community 4

John Moulis - 8 hours ago
I have to admit I liked watching the skateboarding especially when the Japanese boy sailed through and won the gold medal whi... View
show more show less
*Results are based on activity within last 7 days

School Holidays are about to land, get prepared!

The best school holiday programs and activities in Canberra

Parenting in a pandemic: it’s OK (and sometimes essential) to ask for help

@The_RiotACT @The_RiotACT
Meet Asanka and Chatura, the first Sri Lankan leopard cubs born in Australia, at the @national_zoo in Canberra https://t.co/8NWrwRCTD1 (1 hour ago)