Fred Smith brings the Dust of Uruzgan to The Street 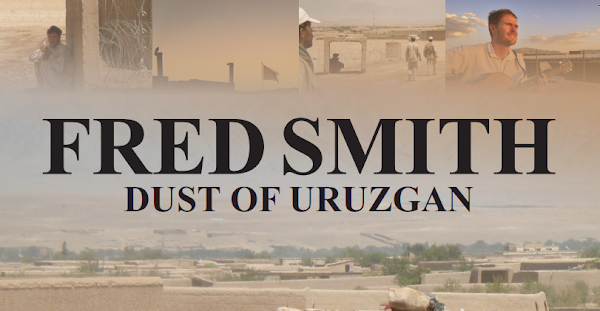 The Amazing Fred Smith has sent word that he’s bringing his “Dust of Uruzgan” tour to the Street Theatre.

Songwriter Fred Smith recently returned from 18 months working as a tribal and political advisor alongside Australian Forces in Uruzgan Province. He wrote a collection of songs from his experiences, and played concerts on the Multinational Base in Tarin Kowt where his music has become legendary. These songs are now available on an album called Dust of Uruzgan .

Fred Smith is known on the festival circuit for his comic performances, and there is a thread of wry humour running through Dust of Uruzgan. It offers counter weight to the darker territory explored in many of the songs, and opens up the audience to more human and three dimensional understanding of the experience of soldiers and civilians involved in this complex war.

Fred Smith playing with double bassist Liz Frencham and band in a show that includes a stunning series of projected photos from Afghanistan.

Anytime you can see a Fred Smith show is a good night.

Just before he went to Afghanistan Fred recorded a podcast with us that is worth a listen if you’re unfamiliar with his earlier work.

His music should come highly recommended, but not his PR: he’s been back over a year now, so he’s hardly “recently returned”.

JS9 - 4 hours ago
Any actual evidence to support a claim of a 'mass exodus' to Queanbeyan to shop? There must have been some either exceptional... View
chewy14 - 5 hours ago
JC, I asked how this was in ways different to the National Plan as you claimed. I agree with you that the quick changes that... View
HiddenDragon - 6 hours ago
In the cosily predictable, symbiotic ecosystem which is the ACT politico-media complex, the unambiguously critical lead story... View
News 5

Capital Retro - 4 hours ago
A decision made by people who have never used Centrelink's services and who will never have to. View
JS9 - 5 hours ago
To be fair, the ones primarily promoting densification int his case (ACT Gov) have zero to do with the decision to move Centr... View
Lifestyle 33

jorie1 - 7 hours ago
Are you sure that it is current renters buying properties? The research I have read shows that many people who rent will do s... View
jorie1 - 8 hours ago
Hi Assiduous, I do agree that $500 per week is a lot of money - but the majority of that money goes to the ACT government in... View
assiduous - 8 hours ago
$500 per week is not low - it is enough to build a modest detached family home every 10 years. It is a reflection of Australi... View
show more show less
*Results are based on activity within last 7 days