From Canberra to Freetown: a Motivate Football Academy story 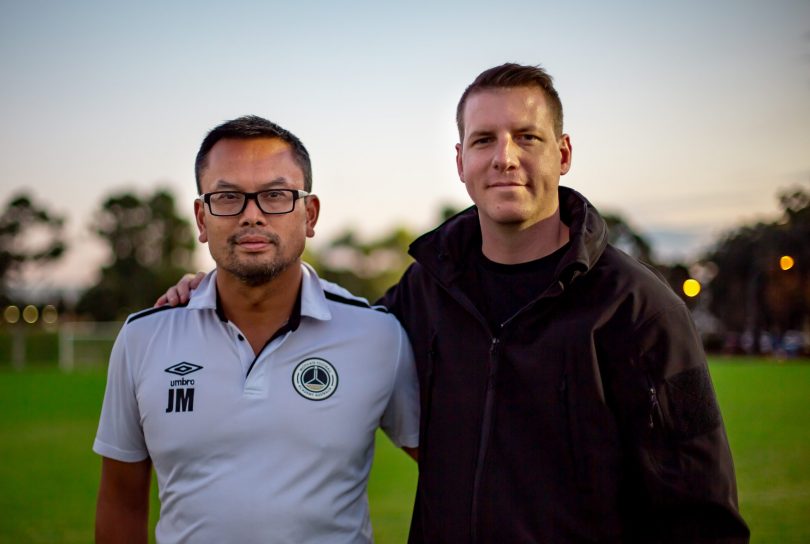 Kitsana ‘Jimmy’ Muongsene knew first hand how expensive it was to pay for football coaching. He also knew how football made him a better person.

So he founded Motivate Football Academy Australia to provide a professional training program to low socioeconomic footballers. Attracting players from Sudan, Liberia, Nigeria and many other countries, Jimmy ran his football academy for refugees or players who had been left out of football because they couldn’t afford the fees.

“I wasn’t the most talented player but I used to train by myself because I couldn’t afford coaching,” Jimmy told Region Media. “But it helped me grow in confidence as a footballer and a person.

“So I thought if I could help a couple of kids with their confidence and mental toughness, I should give it a go. I started the academy six years ago with two kids and now it has grown to around 80 players.

“When I first started, it was just about helping kids for free wherever we could train. I helped a lot of marginalised, disadvantaged African and Arabic kids over the past five years so I never charged them for training sessions or anything.”

Jimmy used to go around to their houses, pick them up and train with them for an hour before dropping them home. Some of them grew into good footballers and some of them gave up after a while, but that didn’t matter to Jimmy.

He just wanted to see them grow as people and to provide a helping hand. 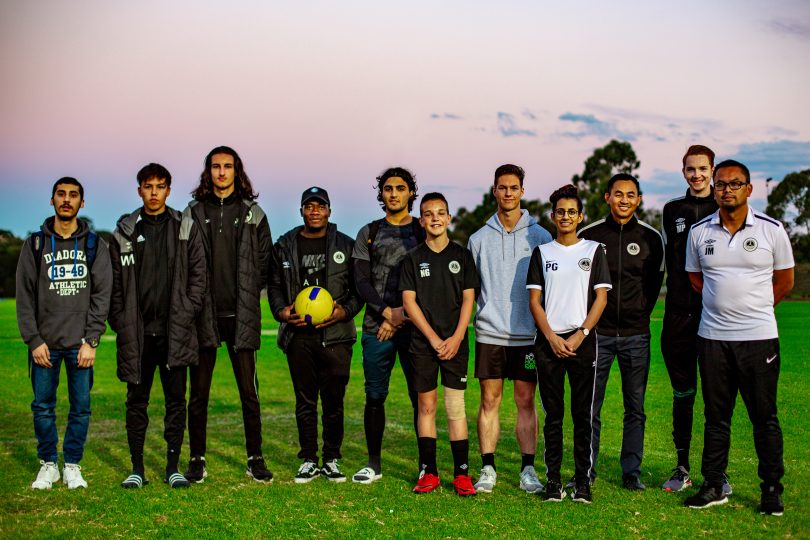 Jimmy with members of his academy in Canberra.

It was a couple of years after that he stumbled across an old friend via Facebook who was living in Sierra Leone and was coaching a young football team in the small west African country. Not content with just helping disadvantaged kids in Australia, Jimmy reached out to his friend to see how he could help football grow in Freetown, Sierra Leone.

“I sent over two boxes of shoes, jerseys and equipment and then the year after some community fundraising, we sent 80 boxes over,” he shared.

“From there, we have paid for a shipping container to go over there and we have sent over 100 pairs of boots, around 50 balls and around 50 training kits.

“With that, they have been able to help around 200 kids and it has grown into another Motivate Football Academy, which is the first and only Sierra Leonean-owned football academy in the country.”

The academy has since been registered with the Sierra Leone Sports Ministry as Motivate Football Academy Sierra Leone and has grown significantly thanks to coaches Abdul Manasaray and Ibrahim Conteh, becoming the largest football academy in the country.

“I never would have expected it to turn into something like this, but it’s all due to the fantastic people over there driving the project,” Jimmy said with a smile.

It is now Jimmy’s dream to head over to Sierra Leone later this year to see how his donations have grown football in the country. By selling chocolates and organising sausage sizzles, Jimmy hopes to raise enough money to visit the academy in November.

“Raising money has moved along slowly but I am not in a rush to go,” he shared. “I just want to head there once to visit the kids.”

To see how you can be involved, click here or send an email to MFAAInformation@gmail.com. To help Jimmy visit the academy in Sierra Leone, head over to his GoFundMe page.

Jason Butterfield - 4 hours ago
Really it needs to be built to woden and tuggers they have been lacking a decent bus service for years, in saying that they s... View
chewy14 - 7 hours ago
JC, Sorry but that's just ridiculous. With the light rail, the NCA requirements have been known since day dot and is complete... View
chewy14 - 11 hours ago
JC, Convenient that you won't reply to the detail, it's understandable when you're backing something so logically indefensibl... View
ACT Election 10

Marc Edwards - 7 hours ago
Brian Ashcroft well Brian it’s an issue that causes the nimbyism, the belief that the upkeep or lack of is the issue. View
Brian Ashcroft - 7 hours ago
you were making sense until the gardener part View
Frank Booth - 17 hours ago
It's so reassuring to know that all I have to do to ensure that I have no problems with my neighbours is to ensconce myself w... View
Breaking 3

Valleyboy - 9 hours ago
How utterly tactless to make this announcement just days after Sarah Caisip from long-running coronavirus-free Canberra was s... View
Community 1

dolphin - 11 hours ago
I'm confused where the site for this is - is there a map anywhere? there is a construction site opposite the post office on h... View
Food & Wine 4

Michael Peachey - 11 hours ago
how could they?? View
News 5

chewy14 - 11 hours ago
Simm, I'm unsure what your comment has to do with mine seeing as though you haven't actually made a point.... View
JS9 - 14 hours ago
You can hear the squeals already chewy when it is suggested, under their preferred model for them to pay a contribution throu... View
News 1

Acton - 12 hours ago
A whole article about the weather without one mention of 'climate change'. Well done.... View
News 3

Peter Newland - 14 hours ago
Electoral reform can make election results much faster: see below. But in the meantime we have to live with the current syste... View
News 80

Ross Dennis - 15 hours ago
So...that would seem to mean you have to be a rich grieving person to get similar treatment. View
Ross Dennis - 15 hours ago
She EXACTLY said, 'I have given exemptions for people in entertainment and film because that is bringing a lot of money into... View
Kytie Mclign - 20 hours ago
Why do we keep making this about the Qld Premier? The decisions are based on public healthy grounds by medical professionals. View
Sport 10

The Canberra Liberals have unveiled a series of education initiatives, including a back-to-basics learning and curriculum approach and a direct...
ACT Election 43

@The_RiotACT @The_RiotACT
The National Zoo and Aquarium wants your help to name its unbearably adorable new arrival. You don't need a koalification to enter, but you only have until Sunday to submit your suggestion https://t.co/AXnMYTKLfw (3 hours ago)

@The_RiotACT @The_RiotACT
This week’s @rspcaact Pets of the Week are five beautiful Australian swimmer fish who have outgrown all their tanks! https://t.co/vZYgws3GOr (4 hours ago)

@The_RiotACT @The_RiotACT
Beautifully renovated & extended, this family home for sale in Deakin is a retreat & a delight https://t.co/WvNH1kuXe1 (5 hours ago)