From ducks to trucks: Lake Bathurst’s super highway tells the story of progress 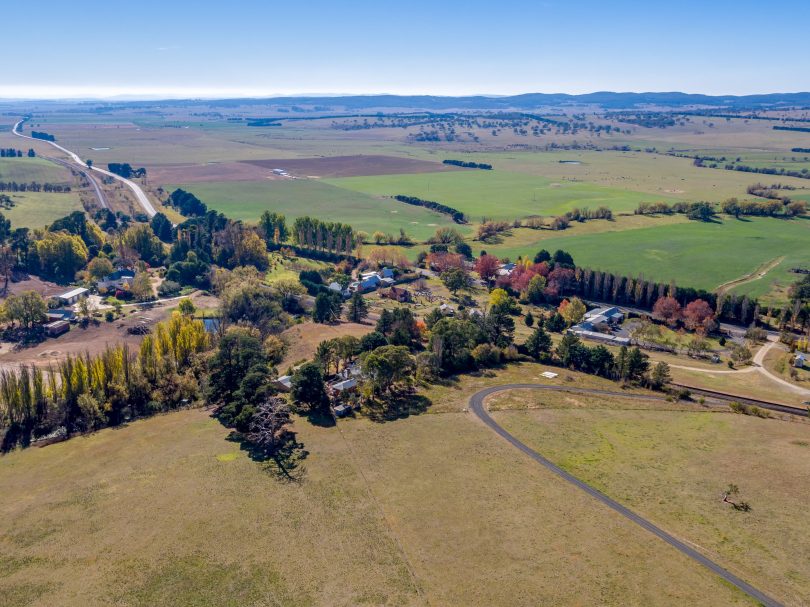 Lake Bathurst and its picturesque surroundings are being shaken up by the number of rail and road trucks rolling through the village. Photo: Matt Maas, Eye Above UAV.

Two hundred years ago the incalculable number of ducks and black swans staggered the first Europeans to see Lake Bathurst.

Today, 55 railway carriages roll through the tiny village early of a morning brim-full of Sydney’s rubbish. Once unloaded near Tarago, the carriages will make the return journey. This time noisier, causing windows to vibrate as the train passes.

Long-time Lake Bathurst resident Nich Mayo says the road through his village is becoming busier than ever because of buses full of shift workers running to and from the nearby Woodlawn zinc and copper mine, as well as trucks carrying ore and general traffic between Goulburn, Canberra and the South Coast.

As Woodlawn prepares to ramp up production, Nich says Lake Bathurst residents are upgrading their sheds to rent for workers’ accommodation. 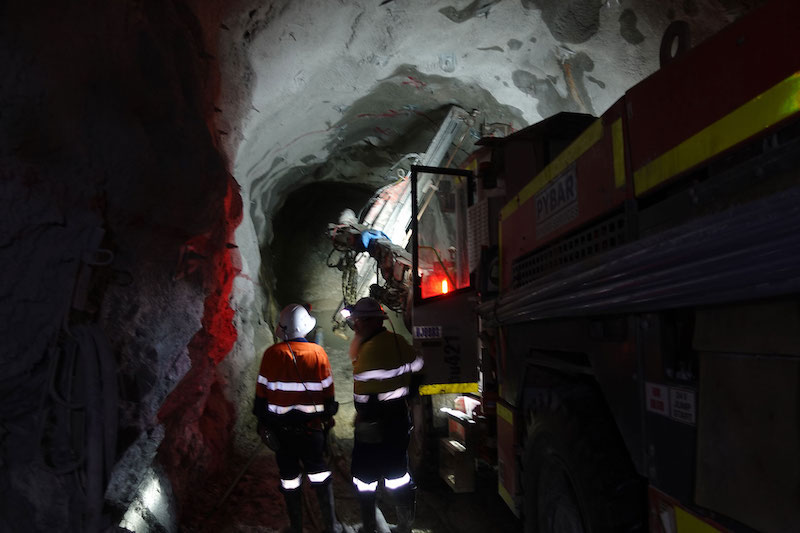 It’s a far cry from the days when water sports brought traffic to Lake Bathurst.

Grazier and businessman Lex Maas remembers skiing behind a swift power boat along a deep channel on the western side of Lake Bathurst more than 50 years ago.

Between 1983 and 1986 water returned to the lake and sat like glass in winter. Lex’s family has owned Gilmour Station near the lake since 1963, and it has long provided tourist accommodation for the shallow lake that can confound visitors.

“People drive out trying to find the lake and can’t see anything,” Lex says.

Lex recalls his father Alex Maas once suggested re-directing flood waters into the lake, but authorities turned him down.

“It would have avoided flooding downstream at Eastgrove [Goulburn] and the golf club. It was too good an idea,” Lex says.

As a five-year-old Nich remembers speed boats from Sydney, Melbourne and Goulburn tearing through the water. A clock measuring 7-by-5-feet which recorded lap times still sits in his shed. An ancient postcard from 1906 shows cars on the banks as prolific as the ducks that amazed ex-convict and surveyor James Meehan, who gave the body of water its European name, Lake Bathurst.

Meehan first saw the lake in 1818 when he described the surface as 10 miles in circumference with ducks and waterfowl so abundant they were beyond description. Two years later Governor Lachlan Macquarie recorded seeing a grand piece of water smothered by innumerable ducks and a great many black swans.

“My bother-in-law is an air traffic controller and a pilot, and he says Lake Bathurst is a marker for pilots. They always keep it on their right-hand side.”

Nich also recounts bountiful catches of rainbow and brown trout and redfin when the lake’s filled. 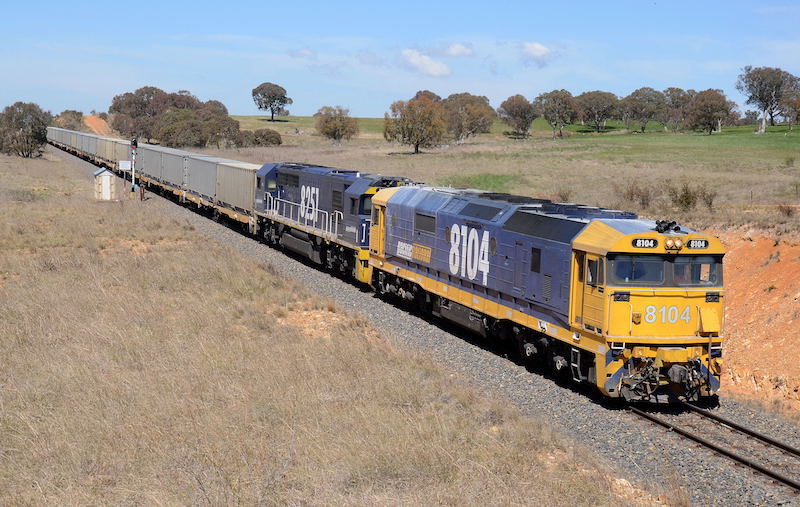 Well before mining so dramatically re-shaped the landscape, so did Indigenous Australians who may have paved the way with fire for prime grazing along the stretch of land from Lake George to the Goulburn Plains.

Historian and researcher Jennifer Lamb has taken a fresh look at what the Europeans first saw when they arrived in the district. She suspects fire-stick farming was responsible for such a lightly timbered landscape, including many treeless areas of land.

The History Goulburn president says academic and author Bill Gammage and Indigenous writer Bruce Pascoe describe the many farming practices of First Nations people over the millennia they lived in Australia and fire stick farming was prevalent. Jennifer says explorers’ comments in the Lake Bathurst area like “the grass had been burnt in the neighbourhood of the lake by the natives and was springing into nice feed”, and areas that were free of timber or lightly timbered reinforce her theory.

“Fire stick farming could thin out the brushwood but leave eucalypts standing and thriving. It could also, over constant burns, totally obliterate all trees. I don’t know if that happened in the Goulburn region; I can only speculate,” Jennifer says.

Almost 200 years later – whether through farming or mining, or ducks and trucks – Lake Bathurst continues to change before our eyes.

The only military connections Lake Bathurst had were RAAF fuel storage facilities that were decommissioned after WW2: https://www.ozatwar.com/raaf/no16iafd.htm

I always thought Lake Bathurst was some kind of restricted area, possibly a military base. The only time I tried to go there in the 1980s I was driving towards the lake and started receiving calls on the CB radio to turn back. I kept driving and I received another call to turn around immediately. I did and never went near the place again.