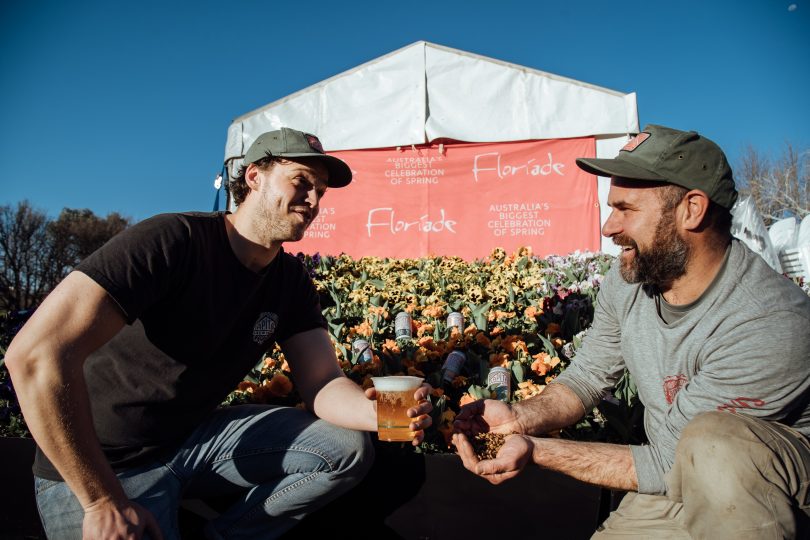 Capital Brewing Co’s Alex Hoskison and Dan Watters with a handful of the bugs that will turn your beer cups to compost at this year’s Floriade. Photos: Supplied.

With the help of bugs and plants, Capital Brewing Co will go entirely plastic-free at its Commonwealth Park pop-up pub during Floriade this year.

Partnering with the ACT Government, BioPak and local Canberra waste-management firm Goterra, Capital Brewing Co will serve its beers in plastic-free cups, allowing people to enjoy their cold beverages in cups made from plants as they sit among the flowers.

Capital Brewing Co successfully trialled the plastic-free solution during an event at their taproom earlier this year, but events manager Dan Watters said they weren’t happy at the prospect of using 10,000 plastic cups during the flower festival.

“We were thrilled when Floriade organisers approached us with the desire to reduce the amount of plastic at the event,” Mr Watters said. “We had already done our homework and said ‘Let’s go one better and eliminate it entirely!’”

Capital Brewing Co will use BioPak’s cups which are made from Ingeo – a bioplastic made from plants. Patrons are then asked to dispose of the cups in specially marked bins so they can be transferred to Goterra’s Fyshwick facility.

The cups will be shredded to become a snack for black soldier fly larvae, turning the cups into compost in a world-first waste management solution. 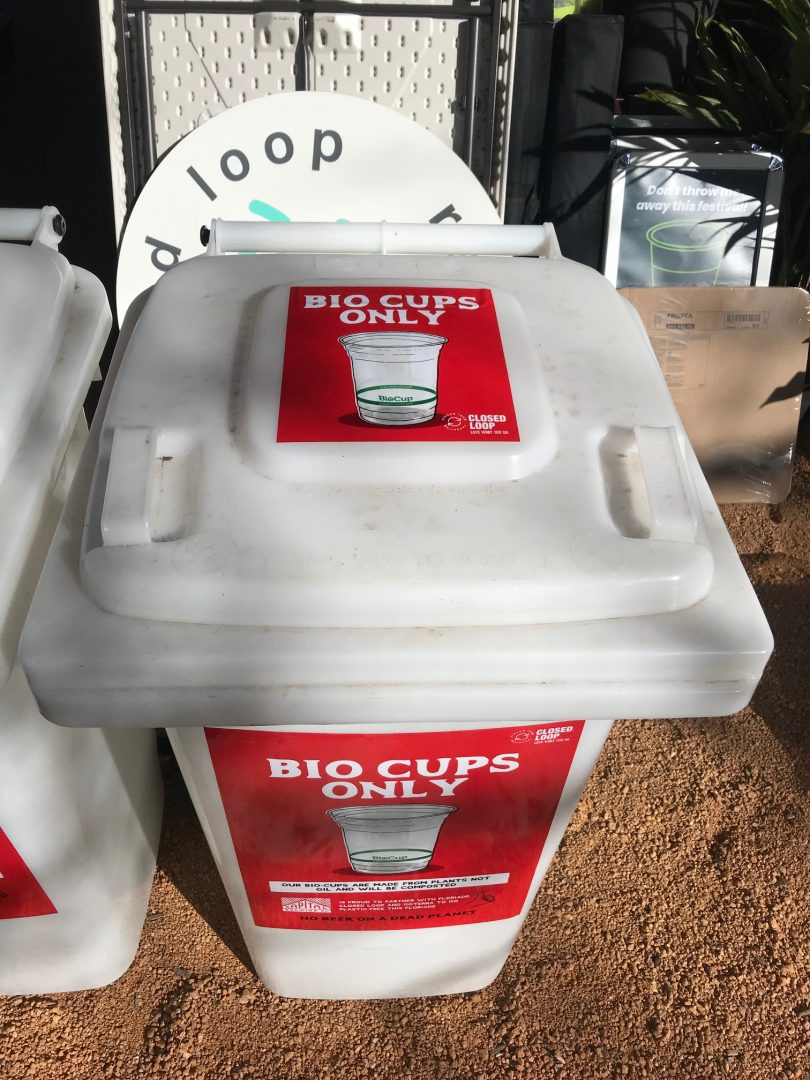 Look out for special stations positioned around Floriade to dispose of the BioCups.

Mr Watters said he hopes Capital Brewing Co and Floriade’s initiative would pave the way for other event organisers to reduce their use of plastic.

“We have the materials and now the facilities here in the ACT. There really is no excuse not to go that extra mile,” he said. “This could not be more appropriate than at an event such as Floriade which is a celebration of our natural world.”

Capital Brewing Co will be celebrating this year’s Floriade theme A World in Bloom with an array of internationally inspired brews from crisp Czech Pilsners to big, hoppy West Coast USA double India Pale Ales, with all the specialty brews served in compostable BioCups.

Capital Brewing Co’s Floriade pub will run from noon every day from 14 September until 13 October near Stage 88 in Commonwealth Park in Canberra.

I may have to do my bit for the environment …

Why not just re use glass……

So exciting to finally have the capacity to process bio cups right here in Canberra, not send this waste to Sydney or further. Nice one Capital and Goterra!!

Matthew Kent, we should go 😁

The key thing here is feeding them to insects to compost them. It is a world first from what we understand.

Good on them, but sad that this is still newsworthy… I switched the cups at our Multicultural festival stall to biodegradable about 4 years ago (at no substantial additional cost…). I also – accidentally – tested the biodegrading process by forgetting an unused stack that got a bit wet in the car; was impressed how fast the process started.

Hey Mirjam Herzog, you’re right biocups and PLA are not new. And it’s awesome you switched to them. The issue is not just choosing to serve in those containers instead of plastic, but how they’re handled post-event. Until recently there was no facility in the ACT that was handling them properly. They contaminate recycling streams as they are biodegradable not recyclable. In landfill they’re likely to go anaerobic. And according to the manufacturer to compost/biodegrade properly they should be held at 55degC for 10days or more. Enter Goterra! They macerate the cups, then ferment them, before feeding them to their insects ensuring they are completely broken down with not only no waste, but also a source of feed (meal worms) for cattle… or humans… if we dare go there!!

Capital Brewing Co. Thanks for the details! There is so much potential and opportunity in innovation to replace non-sustainable materials; I sometimes wish I had studied more than basic chemistry at school…

Kyle Holden Knew you would say that

Very good to see-leading by example