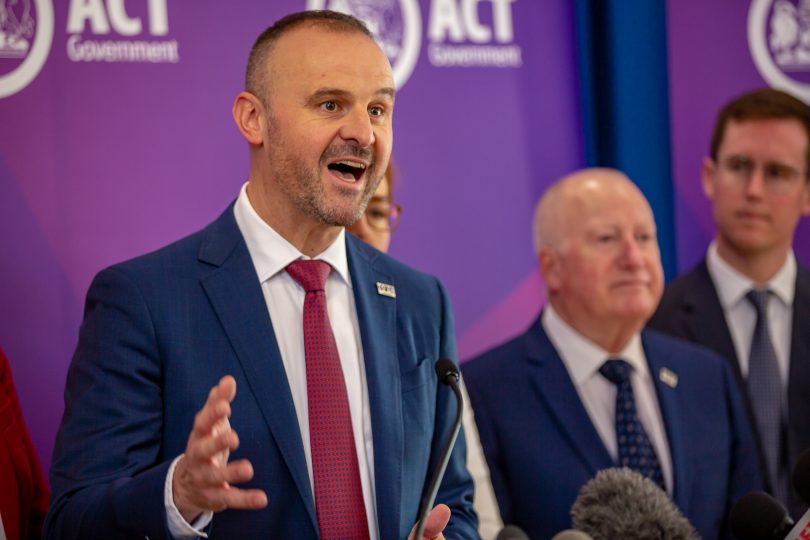 The government only has one budget left to deliver on all of its election promises and should take the opportunity to fund ambitious community projects, according to the ACT Council of Social Service (ACTCOSS).

ACTCOSS policy manager Craig Wallace says more funding for community services and a greater focus on Aboriginal and Torres Strait Islander self-determination should be the centre-piece of the next budget.

“The next ACT Budget needs to start being ambitious for non-government services in the community sector, which is a growing share of the ACT economy and an employer with a proven track record in making key differences in people’s lives at the prevention and sub-acute end,” Mr Wallace said.

The ACTCOSS budget submission outlined 50 funding suggestions for the Barr Government to include in its last budget before the Territory’s election in October next year.

The list of recommendations includes funds to establish a Ngunnawal Language Centre to revive and teach the Ngunnawal language, as well as investment in a specialist service for indigenous women escaping and recovering from sexual or domestic violence.

The submission is calling for the delivery of specialist housing for Aboriginal and Torres Strait Islander people which would then be overseen by an indigenous community organisation.

On top of specialist housing, ACTCOSS also wants the government to prioritise getting more Canberrans off the street, urging the government to fund rapid rehousing models for people experiencing homelessness to get them into community housing quickly. It says a dedicated youth homelessness service is also vital.

To help boost affordable housing projects before the next budget, the ACT Government has just announced $645,000 worth of grants that will be given to six organisations to make housing more accessible in the Territory.

The Affordable Housing Innovation Fund just concluded its second round of grants, funding initiatives that will help people with disabilities identify suitable housing, and a program to partner low-income tenants with homeowners with a spare room in exchange for help around the house.

This idea builds on home-sharing initiatives that partner senior citizens or people with a disability with those looking for cheap rent by doing work around the house, and helps to combat mental health issues caused by loneliness in older generations.

Mental health was another big focus for ACTCOSS in its budget submission, urging the government to make it easier for people with disabilities to access mental health services beyond the National Disability Insurance Scheme.

As such, prevention and early intervention services run by community organisations are essential, ACTCOSS says.

For a full list of its budget proposals, visit ACTCOSS.

Yes. The Mental Health System is broken and that is a very serious matter.

With such high rates etc, one would hope they will better fund an ailing mental health system. But then again who am I kidding?

Can the ACT Government stop introducing grants, policies and funding around housing, health, services and support that only help a handful of people.

I’m sick of a Minister proudly boasting about a Rent reduction scheme and then hearing it has helped only 12 tenants.

Hearing about renewable energy for low income households that has helped less than a 100 people. The list goes on and on.

It’s Time to focus on the core issues facing disadvantaged Canberrans, not on small initiatives or pilot programs that only help a few people or are designed around media attention and response points.

Daniel Duncan - 19 minutes ago
Stuff the test let them back with out any restrictions. View
Tracy Hancock - 9 hours ago
Nurse and midwife here. Have looked after patients who were Covid positive and didn’t know it when they saw me. I haven’t... View
Sa Rah - 9 hours ago
Yeah, not really sure this was well considered both for availability and practicality.... View
News 33