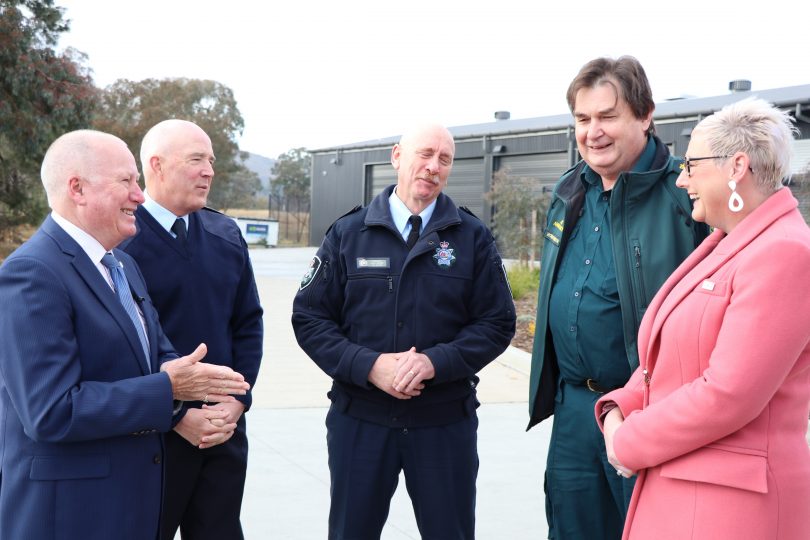 Next week’s ACT Budget will include funding for six more police and 18 new firefighters as well as equipment upgrades for the city’s ambulance and fire and rescue services.

Four of the new police officers will be tasked with helping to identify and target crime hot spots while the other two officers will focus on delivering improved surveillance capability to allow ACT Policing to monitor the activities of criminal gangs.

“This is a strategic investment in policing,” said ACT Police and Emergency Services Minister, Mick Gentleman.

“There’s four officers to help in tactical capability and two research officers as well to assist ACT Policing at the bottom end.”

Mr Gentleman said that in addition to more frontline police, the 2018-19 ACT Budget will invest in new smartphone equipment for all officers to improve operations. Mr Gentleman said the 18 new firefighters will be recruited in the 2018-19 financial year and will replace retiring firefighters.

“This ensures that those firefighters that are transitioning to retirement will be able to be backfilled – allowing them to take leave and be with their families,” he said.

“Canberra’s firefighters don’t just help put out fires; they also act as first responders for a range of other emergencies from car accidents to power outages.”

Mr Gentleman said the funding comes on top of the December 2017 announcement to deliver 23 more paramedics to the ACT Ambulance Service and that the upcoming budget will also provide equipment upgrades for the service, including new defibrillators and electric stretchers for ambulances.

“These new electric stretchers are electric hydraulic and so they are able to lift patients without the physical dexterity that ambulance officers have been using,” Mr Gentleman said.

“It ensures for the future that our ambulance officers will sustain less injuries as they work with more victims in accidents, for example.”

ACT Fire and Rescue will also gain new equipment in the upcoming budget including new cardiac monitors and defibrillators being installed on fire appliances, as well as new protective helmets.

In line with the Government’s pre-election commitment, there will also be funding to purchase a custom-built aerial pumper for ACT Fire and Rescue, adding to the 15 fire trucks already in service.

“This investment in frontline emergency services will mean a boost across the board for Canberra’s first responders,” Mr Gentleman said.

Kathie Nash - 26 seconds ago
Craig Sutton In both your above posts, you state "Northern Australia". There is no place called this. It is Northern Territor... View
Olaf Moon - 4 hours ago
Tasmania First, NT second View
Property 12

Futureproof - 5 hours ago
Wouldn't need such a large budget if the Greens weren't so keen on ripping out trees for trams View
nobody - 9 hours ago
Wow, $260 per tree. Also, this is 18,000 trees a year, so how does this compare to previous years, and do they meet target? View
Community 1

@The_RiotACT @The_RiotACT
The new #VaxTheNation campaign is urging Australians to get the jab for COVID-19 so music venues can return to hosting gigs and delivering live #entertainment https://t.co/lo3ejx179F (17 minutes ago)