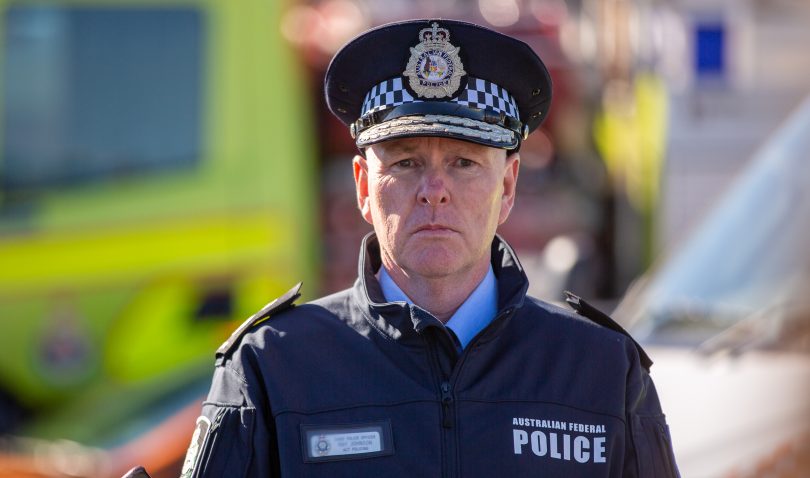 ACT Policing CPO Ray Johnson said more staff will ensure the wellbeing of his offices in the years to come. Photo: George Tsotsos.

The ACT Government has silenced calls to increase staff numbers within ACT Policing with the announcement of 69 new frontline, operational and support staff for the force in the upcoming budget.

Next week’s ACT Budget will allocate $33.9 million to more staff and a new policing model, which is the single largest investment to ACT Policing in the past decade.

The police union and the Canberra Liberals had urged the Government to boost the numbers of police officers within the ACT after a recent Productivity Commission’s report revealed the number of sworn officers in ACT Policing had steadily declined.

The new staff will be rolled out across the force over the next four years, which ACT Policing CPO Ray Johnson said will ensure the wellbeing of his offices in the years to come.

“Despite our history of high performance, Canberra has seen an increasing population and a growth for demand in police services,” CPO Johnson said.

“This investment will increase the numbers of services and offices on the road, which will give us an ability to better manage the workload and will boost appropriate services to our offices.”

The 2019-20 ACT Budget will deliver a major boost to resources to the force as ACT Policing roll out a new proactive prevention policing model. The new model will see ACT Policing take a system-wide approach to crime prevention, disruption and response, in an attempt to reach their goal of reducing recidivism by 25 per cent by 2025.

“This model we are working towards will support a greater focus on preventing and disrupting crime, tackling organised crime, enhancing service in the most vulnerable and diverting people from the justice system when possible.” 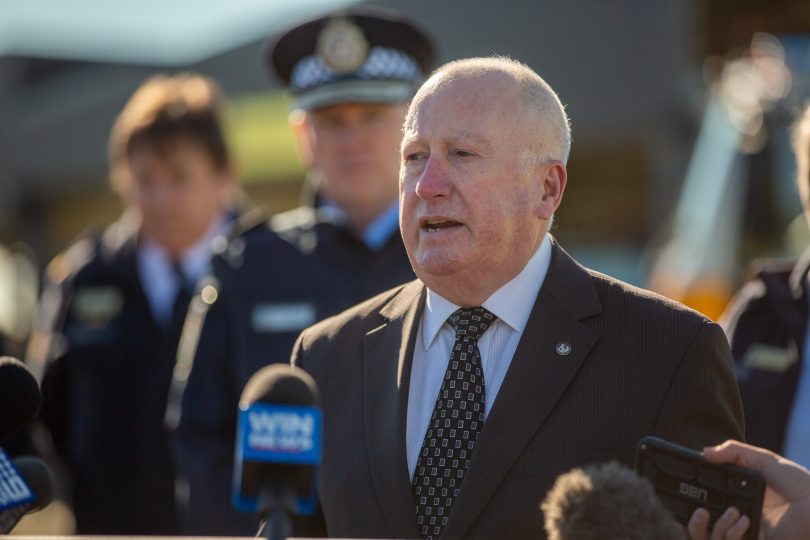 ACT Police Minister Mick Gentleman said the ACT Government had seen how effective the proactive policing model had worked in other jurisdictions and even overseas and decided to follow suit.

“By making this investment and recruiting 69 more staff over the coming years, the Government will help our police officers meet evolving community needs, tackle new and emerging crimes and be more active and visible in the Canberra community,” Mr Gentleman said.

“In the coming years, Canberrans will see more police working in a more connected and effective way to disrupt crime. By moving to a proactive prevention model we are working to lower crime rates and divert more people away from the justice system.

“Investing in a new model and more police today will continue to help keep our community safe and engaged in the years to come.”

Australian Federal Police Association president Angela Smith welcomed the funding announcement but said there are still gaps and challenges that the ACT Government needs to turn their attention to.

“This overall commitment is welcomed and on face value, this is a great commitment and one that I know is welcomed by ACT Policing and its members,” she said

“The commitment that I really wanted to see from the ACT Government was capital works funding towards building a new police station in Gungahlin.

“The Gungahlin Police Station needs urgent attention, and it needs more than a coat of paint and a makeover. Gungahlin is one of the fastest growing regions in Australia and ACT Policing is still working out of a police station that isn’t fit for purpose, and it has probably been that way since the late-2000’s.

“Given the ACT Government’s investment in Gungahlin, it would be great to see some investment towards a purpose-built police station that caters for the growing needs of the Gungahlin community and ACT Policing.”

Is it really additional police or is it like the buses where we still have the same number as in 1989 despite "more buses" in every budget.

JS9 - 2 hours ago
While there is no doubt that the contracts are unfavourably placed at the moment, its not '3 times the current electricity pr... View
bj_ACT - 3 hours ago
Spot on Chewy. As has been pointed out by a few people over the last year. The ACT government has signed up fixed price 20 ye... View
phydeaux - 3 hours ago
...and remember to take a clear photograph of the meter readings, in case you need to submit a correction. View
News 1

COVID-19 lockdowns forced many Canberrans to work from home over the last quarter and, being winter, the heaters were on...
*Results are based on activity within last 7 days

@the_riotact @The_RiotACT
There's nothing like having your #artwork featured on a reality TV show like @TheBlock to get tongues wagging in your #hometown https://t.co/11tdAFykJx (46 minutes ago)