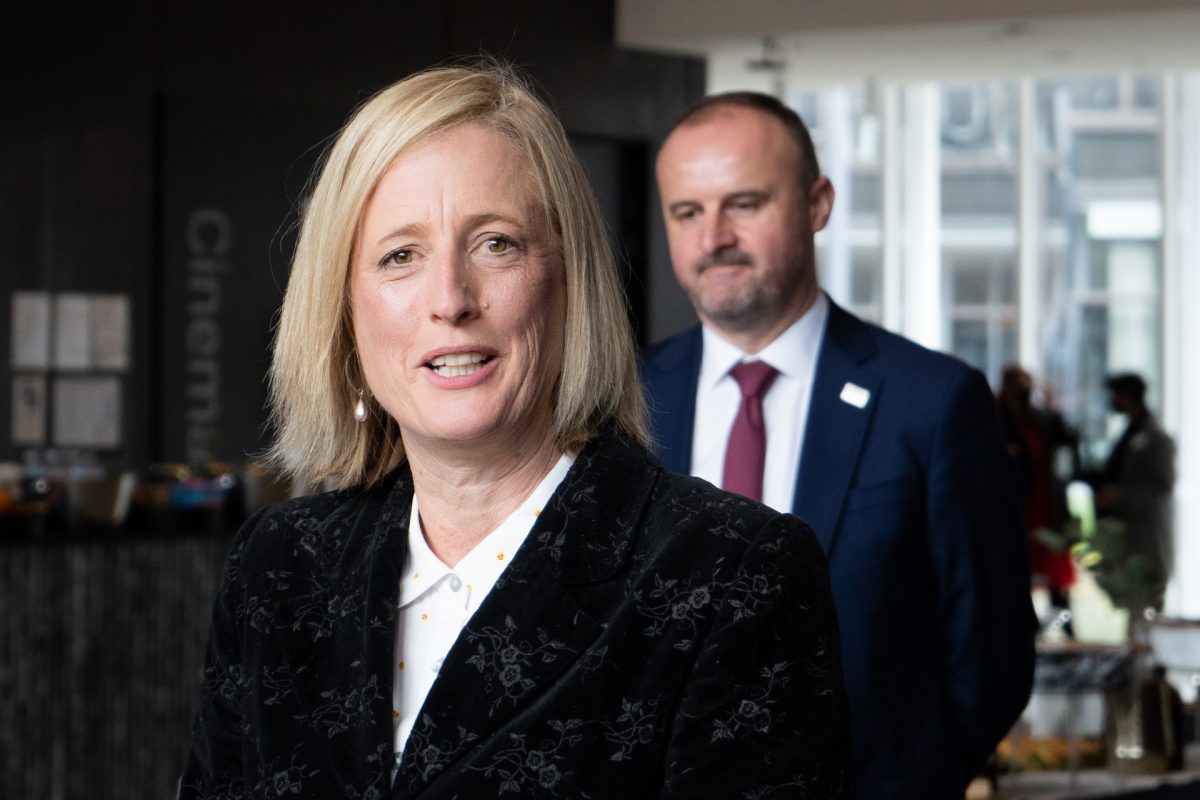 The Federal Government has moved to head off a potential $8 billion public service superannuation bill, introducing retrospective legislation in response to a looming court case.

The Bill retrospectively repeals paragraph 5(e) of the Superannuation (Salary) Regulations, which included the value of rent-free housing in the default superannuation salary of Commonwealth employees in particular circumstances, with effect from 1 July, 1986.

It comes as three Department of Foreign Affairs and Trade staff claim in the Federal Court that DFAT did not correctly include their rent-free accommodation and some allowances as part of their salary, while they were posted overseas.

The government believes that a successful claim could also affect about 10,000 public servants posted overseas between 1986 and 2022, costing the Commonwealth between $3 billion and $8 billion.

Senator Gallagher said if the court accepted this interpretation of 5(e) it could have widespread, significant, unintended and inequitable financial ramifications for Commonwealth employees and the Commonwealth.

She said some Commonwealth employees could receive significant windfall increases in superannuation benefits amounting to millions of dollars that were well beyond community standards only because they have received rent-free housing.

This would expose the Commonwealth to significant additional costs to meet increased superannuation benefits and additional employer contributions.

A small number of Commonwealth employees could also incur large, unexpected debts for unpaid member contributions in return for little or no increase in their superannuation benefits.

“The Bill protects against these potential unintended outcomes and ensures that the entitlements of Commonwealth employees remain fair and reasonable and, importantly, that they continue to represent a responsible use of taxpayers’ money,” Senator Gallagher said.

“The retrospective repeal will not apply to Commonwealth employees, if any, with a default superannuation salary that explicitly included the value of rent-free housing provided to them from 1 July, 1986 to 28 February, 2022, as evidenced by contributions having been paid on that basis.

“The Bill is the most effective way of protecting against the unintended, and inequitable consequential impacts of a potential judgment that reverses long standing practice.”

The Bill followed the prospective repeal of paragraph 5(e) of the Regulations that the former government commenced from 1 March, 2022.

As an late afterthought – I think the characterisation of APS overseas postees’ entitlements to have involved “rent-free accommodation” is being misunderstood by folk adding terse comments here.
(Being gullible, I couldn’t imagine the Commonwealth’s legal advice actually to have advocated a retrospective ‘correction’ to a Reg., otherwise. The Minister for Finance will be acting upon cogent advice, one hopes; not a whim.)
The APS overseas allowance system that often financially supplemented the postees’ Australian respective salaries, actually obliged those postees to pay a rent contribution for their overseas residence.
And that being the case, I cannot grasp why there seems to have been any notion of anything having been supposedly “rent-free” ??
The issue I’d mentioned previously was the ATO’s tax-treatment of the rental income revenues of those postees’ own homes here in Australia, while they were living overseas working for the APS/Government for several years.
Folk getting exercised selectively about supposed ‘entitlements’, and whether or not a long-retrospective legal correction is explained sufficiently by Mr Bushnell, or even understood by his dear readers, is a tricky problem that is I suggest far more complex than has been so far reported upon.
It all does make an emotive tale though – the idea of an tilt in a notional level-playing-field, being ever so popular.
This is an earthquake !
Problem being that many APS postees’ own playing-field was far from level – some got ‘paid money for jam’; others made windfall profits (say, on their overseas duty-free car sales – best on BMWs and Merc.Benzs); while others lost badly when their tenants back here trashed their only family home.
None of this was financially simple.
Yet today, it seems APS postings overseas may be still sufficiently remunerative to not have much discernible fall-off in staffing ?
(But perhaps I am inferring too much ?)

My understanding J D is that there are trade-offs and what counts as salary for super purposes. But it is complex and I am not an expert. However, if the court rules in favour of the employees then the govt, in cahoots with the opposition, have conspired to circumvent the ruling by retrospectively removing the payment. This undermines the court ruling and sets a nasty precedent for Lab/Libs to do deals in the future to cut wages. The public service has been undermined for too long (and I am not a public servant). The govt (Katy) seems to be undermining the employees by suggesting that they don’t deserve the payment as it falls outside community expectations whatever that means.

What a Gold medal back flip performance from Katy – when she personally gave her full written support for Public Servants (and all other workers) superannuation entitlements before the election……………….then perfumed the biggest hypocritical about face. If you support reducing pension schemes that aren’t in line with the public’s expectations – how about reducing Politicians pay and conditions!

This should be of major concern to all APS staff, and not just those who have been posted overseas, but in particular all CSS and PSS members.

Neither super on rental allowances or defined benefit schemes would pass the so called pub test, but like it or not that was the the actual law and conditions of service known to all concerned, especially the various APS HR departments at the time who knowingly chose to ignore and avoid their obligations under those Superannuation laws.

For the Gov to retrospectively change the Superannuation law is atrocious and extremely concerning, and simply unfair to staff who undertook their duties with those conditions supported by the law.

The Gov is often quick to call out and take action against private companies who do not abide by the Superannuation laws. Yet the Gov are quite happy to stiff their own APS employees, ignore their own Super laws, and even change the laws while they are currently being tested in court.

This Gov are not exactly model employers are they.

All APS staff should be outraged and be making their concerns known and heard.

Agree with Will – Poor choice of photo, has nothing to do with the ACT or Barr.
But not his other narky comments.
(CSS are dying-off as fast as we comfortably can go !)
To my dated recollection, past Federal Government(s) got right into its own APS overseas postees’ home-residence rental revenues by changing their Income Tax provisions, with a new (harsh) time limit upon their tax-excused years spent abroad being diplomatic representatives of our nation.
This coincided with PSS being introduced;
CSS beneficiaries were not retrospectively to be disadvantaged.
(And skip right past Bierce’s definition of “diplomat” too !)
This PSS correction seems plausible to me, IF it is the only manner to rectify an esentially unreasonable interpretation of this Reg.?.
Imposition of the “OLA” system was supposed to mathematically treat federal postees (& the taxpayers) more fairly than the more arbitrary former living ollowance system’s outcomes around the world.
Then the ATO got into the act; and then the PSS Regs.
Tall-poppy-trimming changes instituted by (uncoordinated) un-posted APS brains does keep our overseas-postees’ minds active !

Poor choice of photo, has nothing to do with the ACT or Barr.

No better person than Gallagher to spot a rort, and to put a swift end to it, unless of course she’s in on it.

I hope these old DFATers win this, god only knows their platinum coated lifetime CSS pensions could do with a top up.

Yes , wasn’t it Katy Gallagher who claimed a $30K moving allowance when she changed from the ACT Legislative Assembly to Federal Parliament? The fact that she didn’t physically move anywhere had nothing to do with it.

No, she *qualified* for the payout after leaving the Legislative Assembly, a payout that had been instituted by the renumeration tribunal a year prior, and which is payable to *all* LA members, no matter from what side of politics.

Nearly all states and territories, and the federal parliament, have a similar allowance. You might not like it, but it nothing to do with the party affiliation of whoever receives it.

So, nice attempt at a slur, but you are off base with your “facts”.

You say Katy qualified for the payout! Weren’t the employees mentioned in this story above qualified as well? One wonders whether Katy would be so militant if it were monies due to her

That’s why I asked. Are you going to berate Jack D too for his “shame on you Katy” comment?”

How is that different from employees that have been eligible for something?
Its no difference, the average person wouldn’t expect a LA member to get moving allowance for not moving.

Brisal,
Hilarious in that attempting to protect your “Katy”, you’ve actually damned her behaviour and anyone else who received the same allowances.

The employees mentioned have not missed out on any allowances that they were entitled to when working. Their superannuation was calculated based on their salaries, but they are now claiming that it has been underestimated because the value of the rent free housing they were given should have been included as part of the salary. They want more superannuation because they had previously been given free accomodation…

Brisal, except you “fact checked” nothing. What CR said is completely correct whether the remuneration tribunal OK’d the payments or not.

In the same way that the Superannuation legislation also allowed for these ex public servants to be paid the exorbitant amounts they are going to court to receive.

Just because something is “allowed” doesn’t make it reasonable.

This is so wrong and a Labor government!!! No matter what people think of the payment it is money that was legislated to be paid and is due. Labor has conspired with the opposition to remove it retrospectively. And all the perks our politicians get in and out of government! Shame on you Katy!!!! 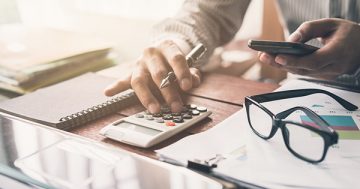