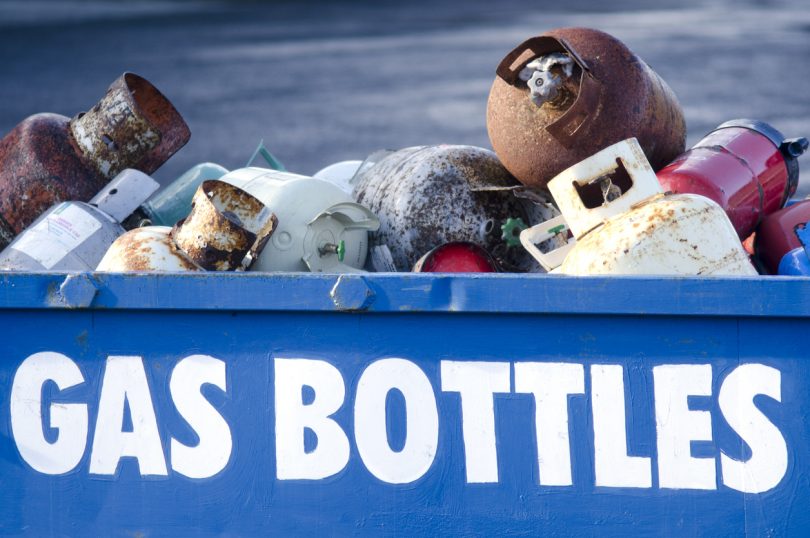 Thinking of firing up the barbie this summer? You might want to read up on these safety tips when handling gas bottles.

The next time you decide to chuck a supposedly empty gas cylinder in the passenger seat of your car to swap it for a new one, think again – you might be boxing yourself and everyone else in the car into a very dangerous situation.

Work Safety Commissioner Greg Jones said that liquefied petroleum gas (LPG) cylinders are often not transported securely, which have led to numerous unfortunate incidents in the ACT, including personal injury.

“A common source of the injury is in the transportation of the bottles – including seemingly empty gas bottles. Often these are thrown into the passenger foot well or back seat of a car as people drive to swap them.

“Unfortunately, most often than not, the bottles are not completely empty and vapours can be released. These are dangerous in themselves, but with the recent heat they can also ignite, causing significant injury not only to the driver, but passengers and passer-by’s who may stop to render assistance,” he said.

The correct method to transport LPG cylinders is in vehicles with cargo areas open to the air, and not inside enclosed cabin space. Where this is not possible, bottles should be secured in an upright position in the boot of a vehicle, rather than in the passenger compartment, and the valve (tap handle) should be firmly closed off.

However, he also cautioned not to transport more than two cylinders at a time, and not to leave them lying in a vehicle unnecessarily. Given this summer’s heat, an unattended gas cylinder could potentially be a recipe for disaster.

“Always keep LPG cylinders cool and away from flames, sparks and heat, especially over summer,” he said.

Mr Jones also stressed the importance of reading the manufacturer’s operating instructions and never use LPG indoors or in confined spaces.

And if you have doubts as to whether there is a leak in your LPG, Mr Jones says the best way to detect it is by spraying soapy water onto the area you suspect the leak is coming from. If it forms bubbles, your suspicions will have been confirmed.

“If in doubt, turn off the gas and have a licensed gas fitter attend to the hose or connection. Do not attempt to refill dented, damaged or corroded cylinders. They must be returned to a test station for re-certification,” Mr Jones said.

Given that this is the season of BBQs, Mr Jones also issued a few more safety tips to ensure everyone has a safe and happy Christmas and New Year: