Gaze ready to fire for the place she calls home 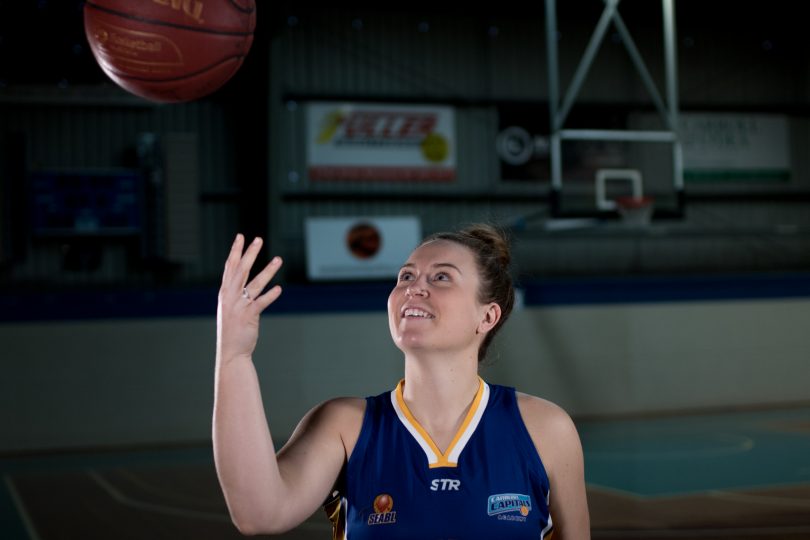 The former Capital’s vice-captain will help steady the ship and mentor a growing young franchise with her wealth of experience. Photo: Lachlan Ross.

Kate Gaze might be leaving the capital to pursue her career in the WNBL but she is staying at the place she calls home for a little while longer to play for the Canberra Caps Academy.

It was Gaze’s plan to stay in Canberra for the coming WNBL season but Canberra Capitals opted for a complete rebuild of the team and didn’t extend her contract.

The 28-year-old signed a deal with rivals Adelaide Lightning earlier this month but will stay in Canberra for the winter to help the Caps Academy make their first SEABL playoff appearance in their five-year history.

“It is definitely weird coming back here to what I felt like is home, and still is. Not having that link to the WNBL team here is a little bit sad in a way. I have a really good base here with family and friends, so it is good to be back and I am really looking forward to the SEABL competition,” Gaze said.

But the pain of leaving her home has lighted a little fire in the shooting guard to play her best this off-season.

“It does light a little bit [of fire] to try and play my best, and like any year, you want to have a great off-season coming into WNBL and try to get more minutes.”

The two-time championship winner has spent the last two seasons in Canberra and recently returned from Germany where she was playing her trade with Wuerzburg.

The former Capital’s vice-captain will help steady the ship and mentor a growing young franchise with her wealth of experience, having won back-to-back WNBL titles with Townsville in 2015 and 2016 and with college basketball experience in the States.

“I think I am being considered as a veteran now. Me and Sarah McAppion are probably the oldest in the team I think, so we will bring leadership and experience to the young girls.”

The return of UC Caps and emerging Australian Opals forward Keely Froling and former WNBL guard Sarah McAppion, paired with Gaze and US import Brittni Montgomery, will bring a balance of athleticism, experience, and outside shooting to the team in the hope of having the best season to date.

The Caps Academy season kicks off Friday on April 13th in Melbourne. You can catch the live stream at the Pot Belly Pub, then watch the Caps Academy’s first home game on April 14 at Belconnen Basketball Stadium.