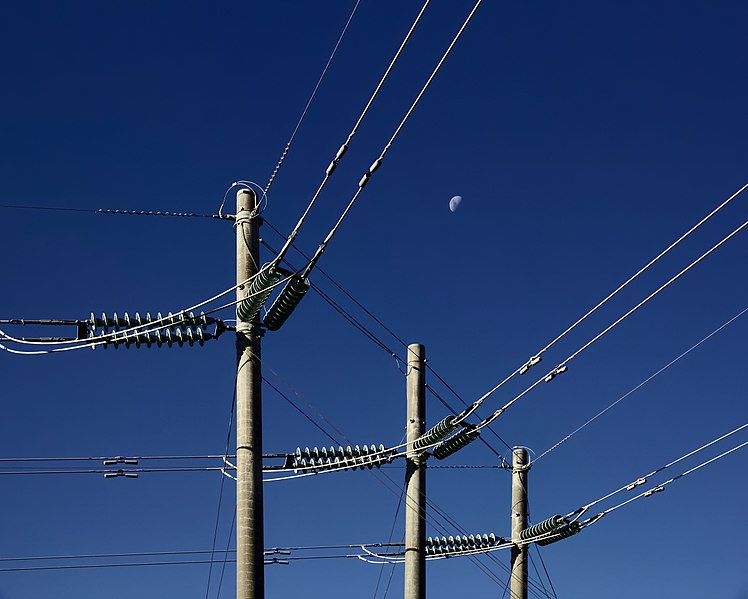 The proposed new infrastructure will secure the ACT’s power supply.

Planning Minister Mick Gentleman has used his call-in powers to approve construction of a new substation, lines and towers to create a second electricity supply for the ACT.

Development applications had been lodged for the construction of the Stockdill Substation, near Stockdill Drive in West Belconnen, as well as transmission lines and towers that will connect existing electrical infrastructure with the new infrastructure.

The project is a joint undertaking by TransGrid, the ACT Government and Evoenergy.

Concerns about the project included its proximity to the new housing estates in the area, its impacts on the Little Eagle and the known bushfire danger.

But Mr Gentleman said Canberrans would have a more secure energy supply with the new infrastructure, which would also protect against possible future outages.

“The construction of a second separate electricity supply for the ACT is crucial to safeguarding the network against future disruptions, such as storms and fires. It will provide substantial benefits for residents, businesses and essential government services, such as hospitals and security agencies, by securing the electricity network,” he said.

“I have used my call-in powers to ensure that construction can commence as soon as possible and that utility providers can meet their obligations under the ACT Electricity Transmission Supply Code (2016) to provide customers in the ACT with a secure electricity supply.” 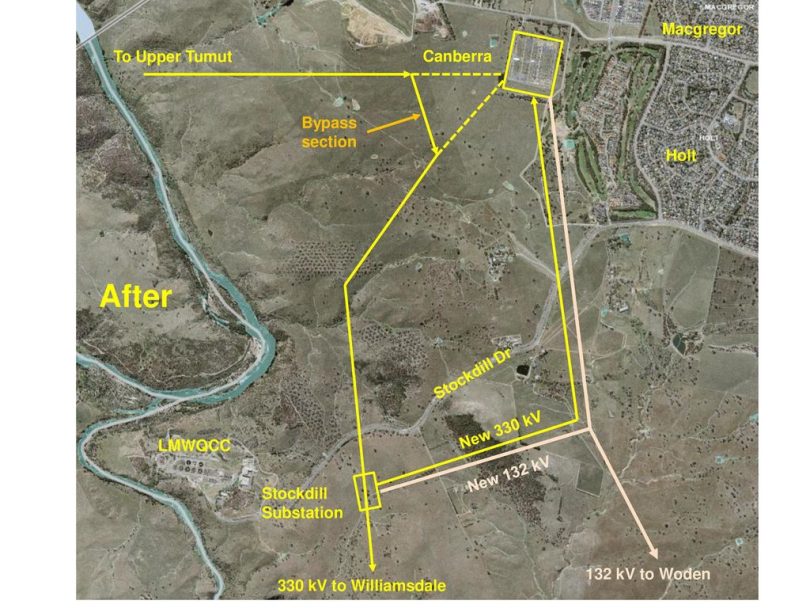 Development applications had been lodged for the construction of the Stockdill Substation, near Stockdill Drive in West Belconnen. Image: ACT government.

Under section 159 of the Planning and Development Act 2007, the Minister can ‘call-in’ and approve an application that responds to a major policy issue, has a substantial effect on achieving objectives of the Territory Plan or provides a substantial public benefit.

Mr Gentleman said the proposal was submitted as a concurrent Environmental Impact Statement (EIS) and two impact track development applications, which required the highest level of scrutiny and consultation.

“I have considered the application and independent assessment that was undertaken by the planning and land authority. The authority’s expert advice was extensive in relation to the development applications and also considered matters raised during the EIS process which were incorporated into the decisions,” he said.

“The proposal has undergone significant community consultation through the EIS and development application processes. I have considered the community feedback on the proposal and I am confident that the final alignment has the least impact of the options available.”

The project is due to be completed by June 2020.

Of course, this would have nothing to do with the 3,000+ new home sites that have to be supplied with electricity only (no gas) at the GInninderry estate which is a JV between ACT Government and Corkhill Bros’ development company.

The EIS for this project was also waived.

So you’d prefer that we have only one single connection into the National Electricity Market, where nearly all our electricity is supplied from?

We have managed well with the single connection. Did it occur to you that having “a more secure energy supply” is just spin to cover for the massive capital cost which should have been a head-works cost for the ACT governmnet/Riverview Ginninderry JV project.

We have managed well with a single connection? That sounds like great planning, we should wait til we have a city wide failure or terrorist incident to realise that perhaps a bit of redundancy in our electricity supply might be a good idea.

And the project doesn’t really benefit the development much and was required with or without it, how have you come to the conclusion that it’s development headworks?

And even if it was due to the development, what’s the issue? The main beneficiary of the land sales is the ACT government.

Daniel Pickering - 44 minutes ago
Legend. Taught me at Melba high back in the day. A great mentor! View
Ramon Montero - 3 hours ago
I do remember him when started arbitrate football, indeed very polite and educated a young person. I had the privilege to mee... View
Kacey Butterworth - 14 hours ago
I feel extremely privileged to have had Ben as a mentor, teacher and year co-ordinator throughout my high school years. He ta... View
Community 41