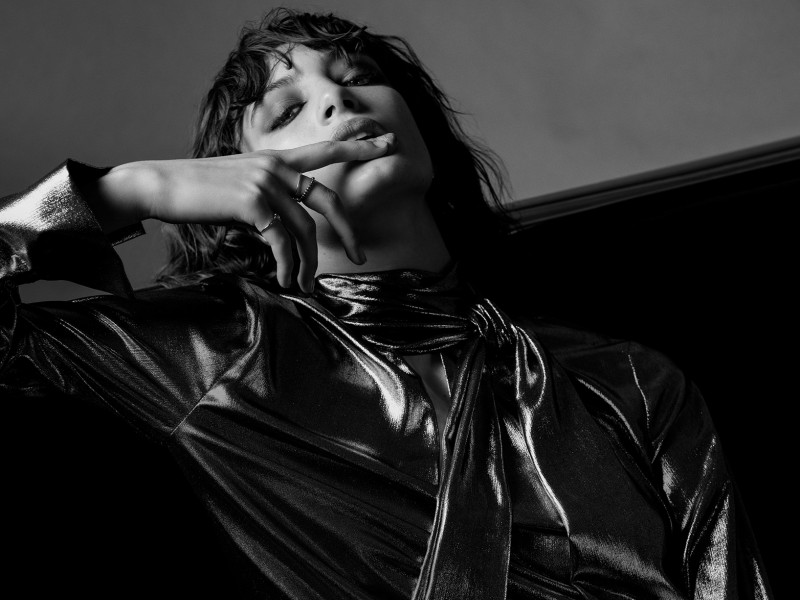 On Friday 8 March, a group of women led by UnionsACT Women’s Committee gathered outside the Tryst construction site in the city. They were there to protest the “insulting irony of Geocon’s event” as an apartment sales pitch to women on International Women’s Day, while continuing to objectify women in promoting their developments to investors.

It’s not the first time Geocon has had Canberra women talking about the company’s sexist attitude towards women, while the company tries to buy a better image through corporate sponsorships for women’s sports or events.

In 2016, Geocon had waitresses in lingerie at a “topping out” event at their Belconnen construction site, while also sponsoring the ACT women’s cricket team.

In 2018, the Advertising Standards Board received complaints about scantily clad women on a construction site advertising in Woden. While the Board decided it was not a breach of standards, that hasn’t stopped women talking about whether the company thinks it’s normal for women to get around town in their swimsuit, while the men pictured next to them are wearing professional business clothes.

Later the same year, Minister Yvette Berry criticised Geocon’s used of a sexualised image of a woman on an invite to a launch event at Casino Canberra. Meanwhile, Geocon has been sponsoring ANU Australian Football Club leadership scholarships for young women.

In the last week of February, the launch event for Geocon’s Envie development featured gold-painted topless women. Yet just two weeks later, they are using International Women’s Day to try and sell apartments to Canberra women.

It’s no surprise that we’ve reached the day when Canberra women are willing to turn up to protest against a company they see as treating women as nothing more than sex objects or a source of dollars.

We're calling out the sexist advertising by @geoconbuildingcanberra and calling on them to pull down their appalling billboards. It's not acceptable to objectify women for corporate profit (or for any reason). We're just getting started. #iwd #weareunion #weareunionwomen #canberra #strongertogether #iwd2019

Many developers claim to be marketing to professional women. But according to the 2016 Census, only 7.5 per cent of women in the ACT over the age of 20, and who do not provide care to children, have a personal income that would allow them to buy a mid-range one bedroom apartment in the Envie complex without putting themselves into housing affordability stress. It is likely that a fair number of these women aren’t actually in the market for a new place to live.

Given the number of developments under construction or recently completed in Canberra, it seems likely that the market is already saturated with apartments for the small number of women in that demographic who can afford them. In reality, these apartments are likely to be bought mostly by older men through superannuation and managed investment funds – which may explain Geocon’s marketing tactics.

As a corporation, Geocon looks like a mid-life crisis, flashing cash and trying to attract pretty young women to show everyone that they’re not past it yet.

A mid-life crisis is just another name for an existential crisis – what is this life for, and what will it mean when it’s gone? It is an opportunity to look at what you’ve been doing, and reassess what you want to do in future. The organisations that do best from these crises take the opportunity to leave a legacy for future generations. In a construction company, that means looking at how their developments fit into and shape communities. Developments that are part of a cohesive community where people connect with culture, activities, and each other, and where people collectively have the space to become more than the sum of their individual abilities.

What Geocon have been doing is not in keeping with the direction the rest of the community wants to go. But it’s not too late to change course and get the community back on side, if they want to keep their investors happy and build the Canberra of the future. It requires some self-awareness, engagement with the people they believe will live in their apartments, and an understanding that there are opinions that matter beyond the businessmen they are currently selling to, using semi-naked women as props.

Well, ouch. Well said and about time that any business is called on this.

Every day I watch women lamenting that they “wasted their skinny years thinking they were fat”, and this imbalanced saturation of female flesh exploited for anyone’s benefit but the woman herself is why.

The subtext of every airbrushed billboard just tells women that
a) our looks are all that matters, and
b) we’ll never be good enough.

It has to stop.

Lets keep this a one-way conversation. How many of those sponsored groups have rejected the sponsorship funding and handed the money back ?

It’s worse than sexualised- the women in the Tryst imagery are flaccid and powerless. They look drugged. 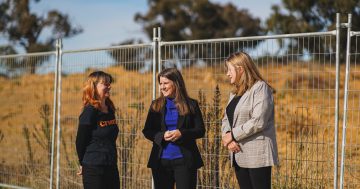