Get to know your Cavalry: Q&A with Steve Chambers 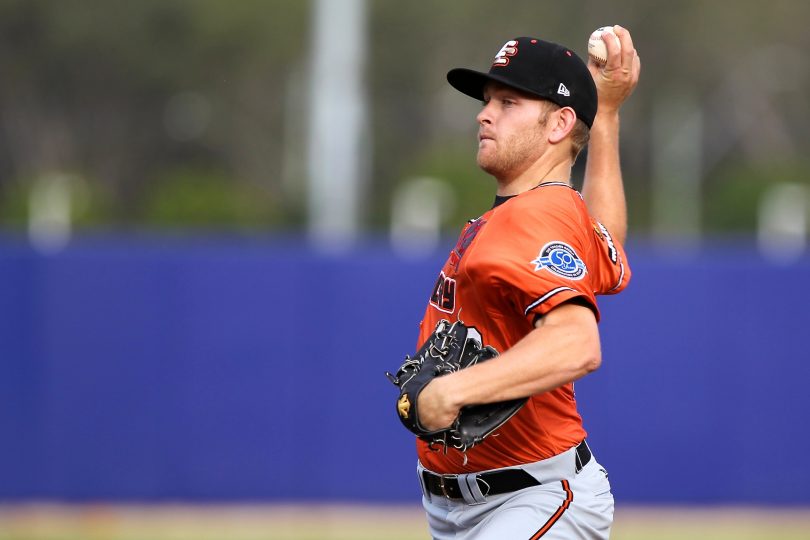 With the new season fast approaching, The RiotACT caught up with Steve Chambers to get to know the Cavalry’s newest signing. Photos: Joe Vella/SMP Images/ABL

During the 2013-14 Australian Baseball League season, pitcher Steven Chambers was stuck warming the bench and struggling to get game time for the Brisbane Bandits. The Canberra Cavalry threw the young pitcher a lifeline, offering him a contract till the end of the season.

So he took the opportunity and flew down to Canberra. During his short time in the nation’s capital, he helped the Cavalry make a fairytale charge to the ABL Championships, losing at the final hurdle to the Perth Heat.

This season, Canberra has thrown Chambers another lifeline, signing the free agent to the Cavalry roster for the upcoming ABL 2018-2019 season. Chambers said he only has fond memories of being in Canberra and “this season won’t feel like I am heading to a new team, it will feel like I’m coming home”.

With the new season fast approaching, The RiotACT caught up with Chambers to get to know the Cavs’ newest member. Why did you come to the Canberra Cavalry?

“I was a free agent after my one-year deal with Adelaide Bite ended last season. Cavalry coach Keith Ward contacted me and asked me to play for Canberra and they really showed a lot of interest in having me. I live in the Gold Coast and Canberra Cavalry was happy to fly me in and out each weekend, which allows me to live here and still play in the ABL. I was thrilled. I am really happy to be part of a team that so actively hunted me.”

If you had to give up either caffeine or sugar, what would you give up?

“Sugar in a heartbeat. I love my coffee.”

“‘Do not take any moment for granted and appreciate what you have because it will soon be gone.’ It is something that has resonated with me for the years when I had injuries and I was forced to be on the sidelines. I have learnt to appreciate every game in the ABL and enjoy listening to the anthem before the first pitch.”

Do you feel any pressure to fill Brian Grenning‘s shoes?

“I don’t think you can fill Grenning’s shoes. He has been one of the best pitchers in the ABL since it started. He is a good mate of mine and he always takes me out for lunch when I come down to Canberra. It is going to be fantastic to have him on the coaching staff because he brings a lot of intensity and great work ethic. He loves the game and he loves the Cavs so its great to have that around.” 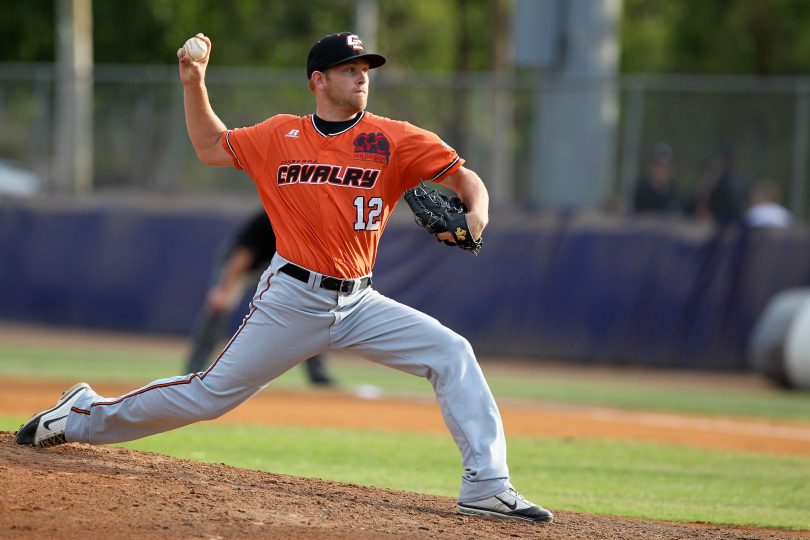 You have had a rough run with injuries. How is the body feeling now?

“It is really good at the moment. I am going through a pretty rugged pre-season routine at the moment and over the last couple of months, I have started to see progress.”

“Smashing a packet of Ritz on the couch watching footy.”

When did you realise baseball was going to be your career?

“When I left high school I made the decision that professional baseball was an avenue I wanted to chase. Thanks to my experiences overseas and my coaches in Queensland that gave me opportunities when I was younger, I have kept playing.” 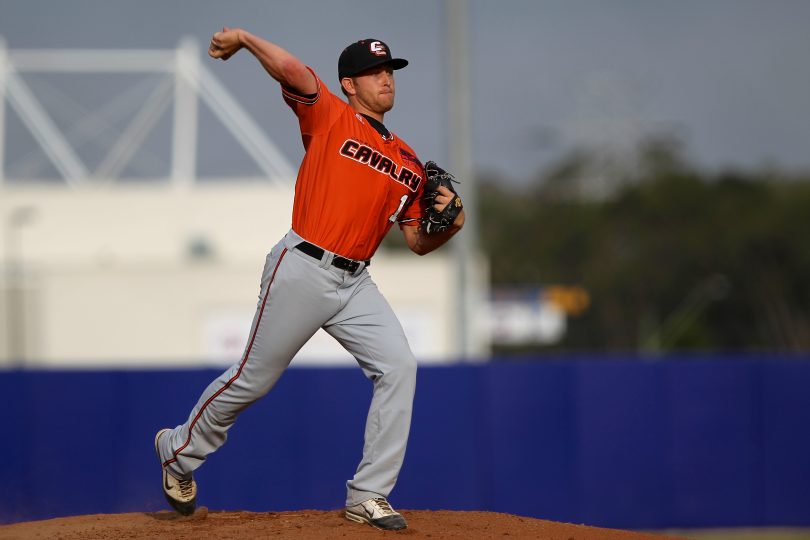 “Very. Each year, I buy a pair of socks that I think will be the one for me and then I wear them every game day. They might be a little loud but they have to be comfy, almost like footy socks. I haven’t found a pair for this season yet, I might grab some orange ones.”

“My Grandad – because I never got to meet him, Derek Jeter – because he is one of the best baseball players ever and an idol of mine growing up, and Michael Jordan – because he is a fierce competitor and I would love to challenge him to a game of ping-pong to see how intense of a competitor he is.”