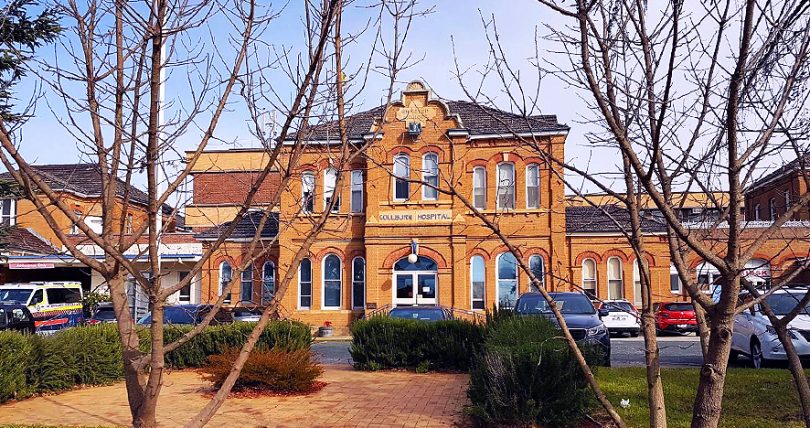 An essential worker from Sydney who tested positive for COVID-19 worked at the construction site next to Goulburn Hospital. Photo: Southern NSW Local Health District.

UPDATED 2.55 pm: The ACT was waiting to see if there were any implications for it from the COVID-19 exposures in Goulburn.

Chief Minister Andrew Barr said ACT Health and the government would respond according to the risk.

“Yes Goulburn is close, closer than Sydney. Were this an issue inside the ACT it would elicit a different response,” he said.

“I don’t rule out having to make further decisions but we’ll base that on actual information.”

Mr Barr said the issue highlighted the crossborder issues the ACT had but again ruled out closing the border or imposing a tougher entry regime.

“There is such significant movement within the Canberra region – a blanket no exemption application of a hardline policy just doesn’t work,” he said.

Police were already doing spot checks and had a range of approaches to enforcing public health orders.

“We’re not defending ourselves from Queanbeyan, Jerrabomberra and Googong, our issue is Sydney.”

Mr Barr said NSW had responsibility for enforcing its own public health directions.

The Chief Minister said he had always warned that the overcoming COVID would be a long campaign.

“As distressing as it is, we need to get used to living with this degree of uncertainty until more of us are vaccinated.”

Mr Barr said until there were more purpose built quarantine facilities and more supply of vaccines, “we are going to have to live with these sorts of circumstances”.

UPDATED 11:50 am: A man aged in his 70s from Sydney’s eastern suburbs has become the second person in a week to die from COVID-19 in NSW, NSW Health announced this morning.

A woman in her 90s died over the weekend after contracting the virus from a family member.

Of the 89 new infections, 55 were in isolation but 21 were infectious in the community.

According to NSW Health, 65 people are in hospital with COVID-19 and 21 are in intensive care.

10:50 am: People who visited Goulburn Base Hospital and Hungry Jack’s Marulan North are advised to get tested after a possible COVID-19 exposure.

On Tuesday (13 July), NSW Health confirmed that three people from Sydney who visited these sites have since tested positive for COVID-19.

The construction worker has been in isolation since 10 July.

The other two people were removalists who visited Hungry Jack’s Marulan North between 5:00 pm to 5:30 pm on Saturday, 10 July, while travelling back to Sydney.

An employee told Region Media that CCTV footage showed the removalists ate inside before returning to their truck and driving towards Sydney. 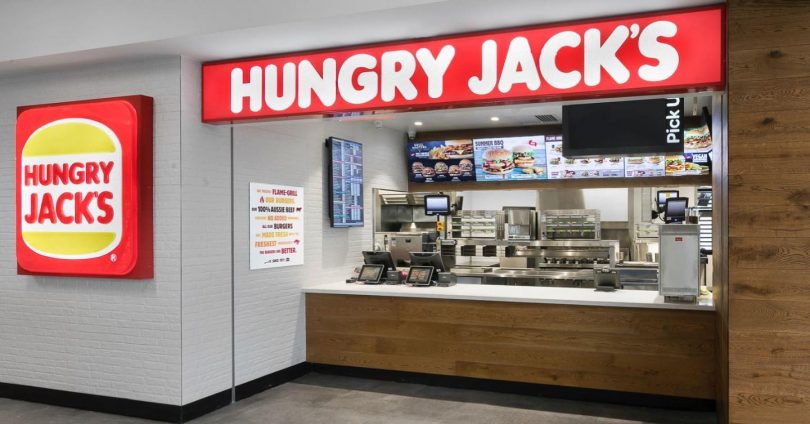 The restaurant was closed on Tuesday for a deep clean and to allow staff to get tested.

The three people were considered essential workers and allowed to leave Sydney under the current public health orders.

They have since returned to Sydney and are now in isolation.

NSW Health has increased the hours at testing sites in Goulburn in response to the possible exposures.

This is the second time in less than two months that the latest COVID-19 outbreak has come scarily close to home.

In June, Trapper’s Bakery and Shell Coles Express Big Merino in Goulburn were also listed as hotspots after being visited by a Melbourne family who tested positive for COVID-19.

Located on the Hume Highway, Goulburn is a popular destination for people travelling between Sydney, Melbourne and the NSW South Coast.

@the_riotact @The_RiotACT
Looking for a year-round #SnowyMountains home that has it all? This beautiful #home on the shore of Lake Jindabyne has every luxury and convenience you could ask for, and some you never knew you needed https://t.co/pXr0NwK2ap (43 minutes ago)