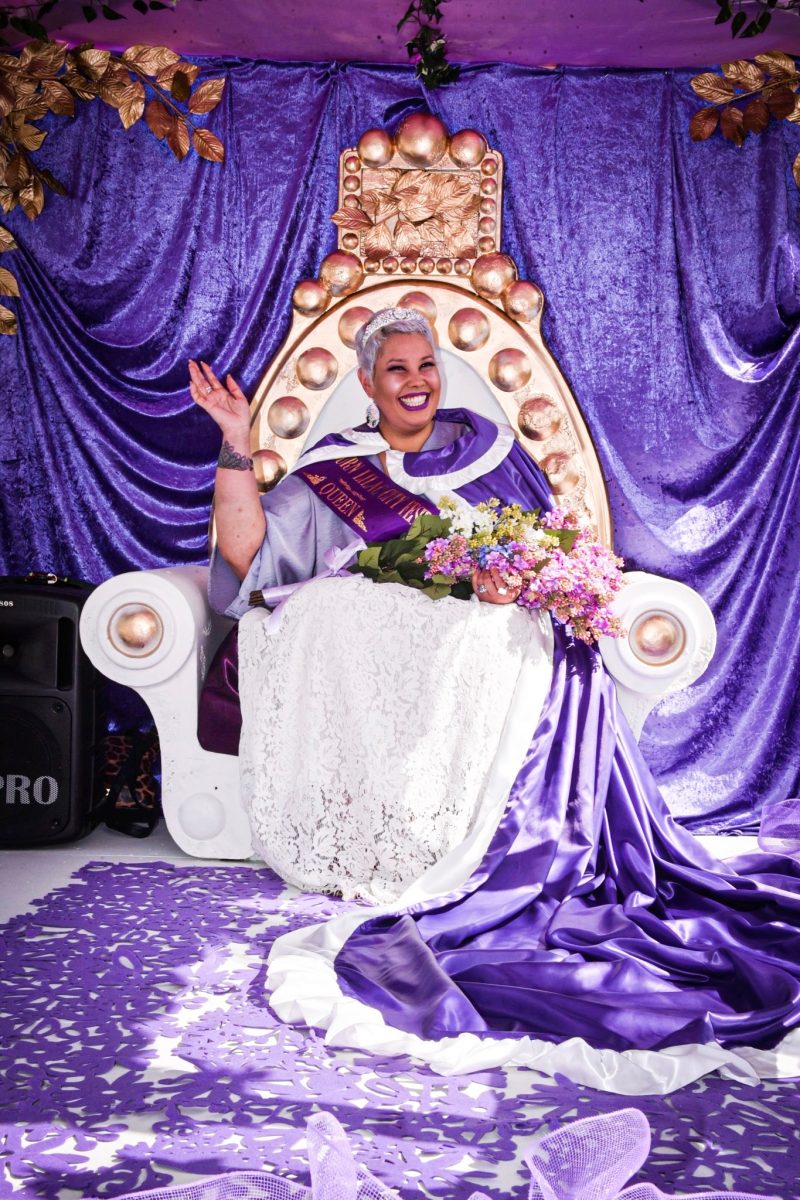 April Hélène-Horton will hang up her crown as Lilac Queen in 2021. Photo: Supplied.

Once a year, women in Goulburn have a chance to rise to become a member of local royalty.

The crowning of the Lilac Queen is central to the regional city’s Lilac Festival and this year, its committee is hoping for a majestic display of interest to mark the 70th anniversary.

The ambassador-like role was introduced to Australia’s longest-running community festival in 1952 – its second year – to help raise funds for a community hall.

The role is the very essence of community spirit with each prospective queen tasked with raising funds in the months leading up to the festival with the entrant who raises the most money being crowned.

Festival patron Tony Lamarra has been attending the event since 1954 and said Goulburn’s first community hall, aptly named the Lilac Time Hall and now a cinema – wouldn’t have been built without the Lilac Queen.

Once the hall and the annual festival was paid for, Mr Lamarra decided any remaining funds raised by the queens should go to a local organisation such as the hospital or a sporting group. And it was a a result of this change that the Lilac Festival became home to a commanding street parade.

“All the groups that received money would be part of the procession. We used to get more than 30,000 people in the main street,” Mr Lamarra said.

The parade would make its way through the city’s centre including past the hospital, for patients to come outside and enjoy.

It was a country life at its best but, as has happened to many regional centres, people slowly moved away and found other interests and the festival’s popularity waned.

At its peak, there were 32 candidates vying to be queen. Fast forward to 2019, however, and April Hélène-Horton was the only candidate left as the others dropped out.

Fortunately for the festival, the bubbly, outspoken model and body love activist was just the breath of fresh air it needed.

Born and raised in Goulburn, Ms Hélène-Horton is a proud resident and remembers getting excited about the festival as a child.

Her active profile with the festival for two years has renewed optimism among its committee that nominations for the Lilac Queen will be bigger and better this year. 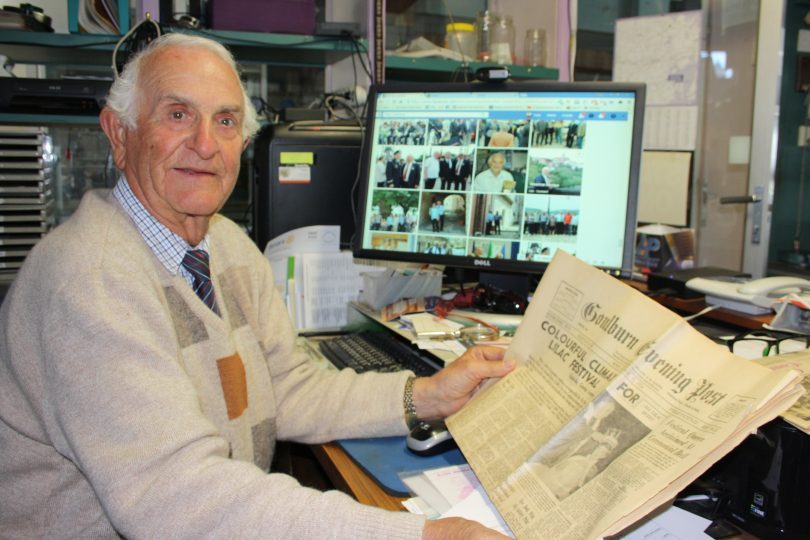 Lilac Festival Patron Tony Lamarra has been attending the event since 1954. Photo: File.

“We were really lucky to have April. She’s high profile and people love her,” Mr Lamarra said.

Usually, the Lilac Queen rules for one year, however the committee asked Ms Hélène-Horton to stay on during the COVID-19 pandemic when it was too difficult to run the competition.

Ms Hélène-Horton said being the Lilac Queen was a “super fun” experience and would like to see more people come forward from the community to take over the role.

The queen is invited to all the festival fun across the October long-weekend, from the open gardens to the carnival, markets, live performances and even meeting the first baby born at Goulburn Hospital in the New Year.

They also join important city events throughout the year such as the dinner with Goulburn’s sister-city, Shibetsu, which Ms Hélène-Horton attended.

The Lilac Queen competition is open between now and October, giving each entrant plenty of time to win the golden ticket by raising money for the festival and what is now their chosen charity.

Ms Hélène-Horton raised $2000 for the festival and Perinatal Anxiety and Depression.

Kelli I see you in Lilac 👀

Famiza Yunus - 28 seconds ago
Jason Ezra we’ve found a couple on our walks 🙂. Maybe I should get the kids to paint a few as well! View
Tiffany Carroll - 8 minutes ago
Rachel Hickenbotham we are off to hide ours today ❤️ View
Ashley Wright - 22 minutes ago
My son found one on the edge of a footpath the other day riding his bike. End result a visit to emergency and 4 stitches to h... View
News 6

Damien Cummings - 23 minutes ago
Yes, i do. I keep being told I'm old and grumpy. My response is "it's what I'm good at!" View
Jackie Tomich - 2 hours ago
Copping more discrimination about my vaccine status! View
Renea Hazel - 10 hours ago
Keep up the good work Justin and Youth Co! View
Food & Wine 12