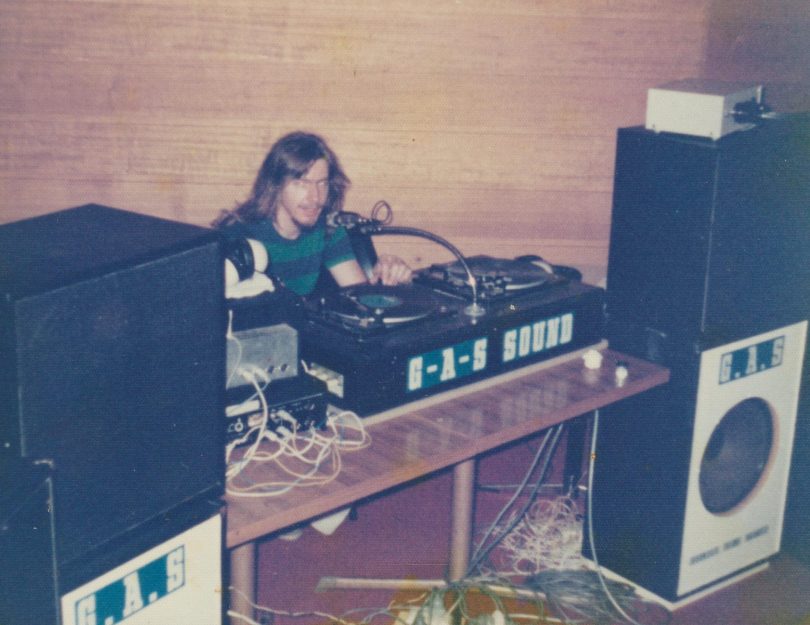 Doug Rawlinson in control of his disco equipment in the late 1970s. Photo: Supplied.

In the late 1970s, a narrow two-storey building in Market Street, Goulburn, thundered with late-night loud music. Inside, the deafening beat and blinding light bounced off the walls. The playlist at the Rugby Club disco featured the Bee Gees’ five straight hits from their Saturday Night Fever double album, and Boney M’s chart-toppers were also on high rotation.

Board member and life member John Bell remembers being first into the Goulburn disco market.

“The club started the disco to raise money instead of running chook raffles,” he says. “They were held every Thursday and Friday, and we charged $2 [entry]. The police academy had just opened in Goulburn, and there was always a queue – on Thursday nights they were lined up out the door and halfway down the street. The club shut at midnight and then people would go to someone’s place for a party.”

Another life member, Chris Gordon, says solicitor Brian Lulham was the key figure in acquiring the club and licence.

The over-scaled sound and light came from a sound system created by disc jockey Doug Rawlinson. A few years earlier, when he had finished high school, Doug began a seven-year apprenticeship with AWA in Sydney, learning everything about speakers, circuits, soldering and even making a television from scratch.

With his handy skills finetuned for electronics, he returned to Goulburn. The thought of big speakers and great songs making an impact was worth savouring. After opening his new business, Goulburn Audio Systems, Doug wired up a ferocious sound system that he hired out for discos.

He was cool. His long hair fell almost to his belt as he sat behind his turntables.

“I made everything from scratch – my own speakers, double turntables, I bought all the records,” says Doug.

“If you were slightly epileptic, they’d put you on the floor. But they did a great job of making special effects. We had an oil machine [light projecting through oil throwing a psychedelic effect across walls] and we had a smoke machine, but didn’t use it as much. The icing on top was a 400mm mirror ball.” 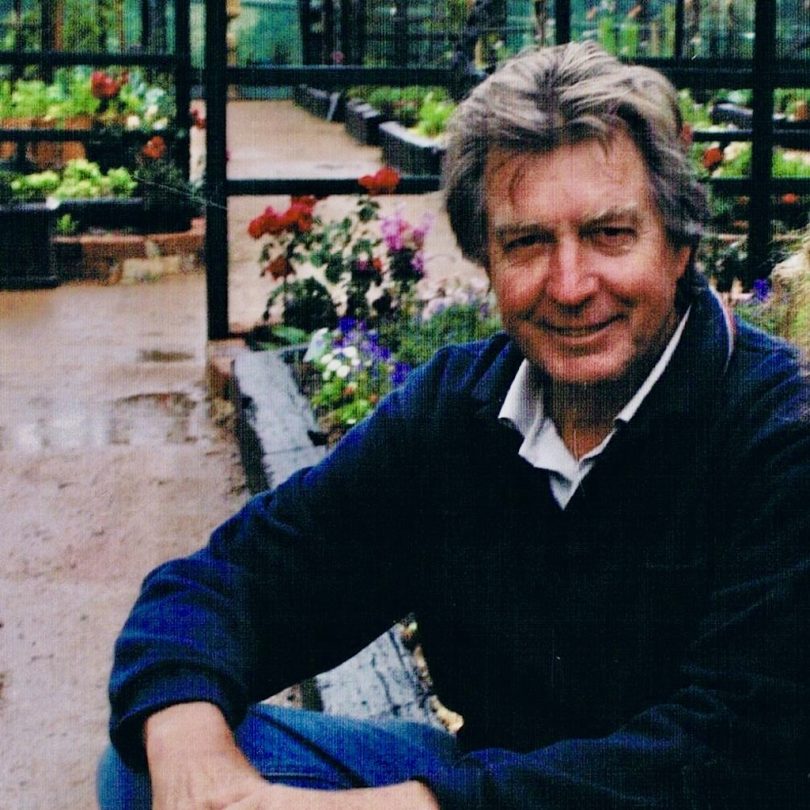 Once a long-haired disc jockey, Doug Rawlinson is now into sustainability. Photo: Supplied.

As well as the danceable disco selection, Doug threw in his heavier rock favourites from Led Zeppelin, Black Sabbath, Uriah Heep and Deep Purple. He also ended each night with the Aussie rules anthem, Up There, Cazaly.

His friend, Peter Styles – aka “Mr Music” to those who know the gifted muso – was his offsider.

Doug met plenty of girls while running the disco.

“It wasn’t as good as being out on the dance floor, but it was pretty good,” he says. “Girls would request songs and if we had them, we played them, and they’d love it.”

He did gigs at Lilac Time Hall, Tully Park, Goulburn High School and Carlton Hotel. He once provided music in between performances by Rose Tattoo, The Angels and Captain Matchbox.

Today the name Doug Rawlinson is synonymous with green, sustainable goals and respect for Goulburn’s heritage. The cool, young guy behind the turntables changed almost overnight.

“I woke up one day and thought, ‘No, I can’t do this anymore,'” he says. “I stopped dead in my tracks. I wanted to give up electronics.”

He gave his equipment to Peter.

“I wanted to go back into growing things, horticulture, which I loved as a kid,” says Doug. “I went into learning how to grow things and became a horticulturist for the next 35 years.”

As other clubs moved into discos, the Rugby Club died away, having raised money for a rugby field and change rooms, the forerunner to Simon Poidevin Oval.

Stephen Saunders - 1 hour ago
Mr Anderson, it is laughable to quote a skewed “survey” of punters already visiting AWM. Ms Barnes, as ever, a puppet. Ga... View
Property 1

May Agnew - 5 hours ago
MOST DEFINITELY -so many homeless -a national DISGRACE -and wealthy developers becoming wealthier still - causing a concrete... View
George Watling - 9 hours ago
A recent OECD review of 300 Urban Planning studies from across the world has demonstrated that increasing the compactness of... View
George Watling - 10 hours ago
This story is not based on evidence or research. Higher density planning policies have been driving up property prices around... View
Community 7

@The_RiotACT @The_RiotACT
Loveable goofball Rocco and sweet rabbit Waffle are waiting to find their perfect match. Think that could be you? @rspcaact #PetsoftheWeek https://t.co/RqlUzgo7Dg (13 hours ago)