Goulburn's got the Blues and it couldn't be happier 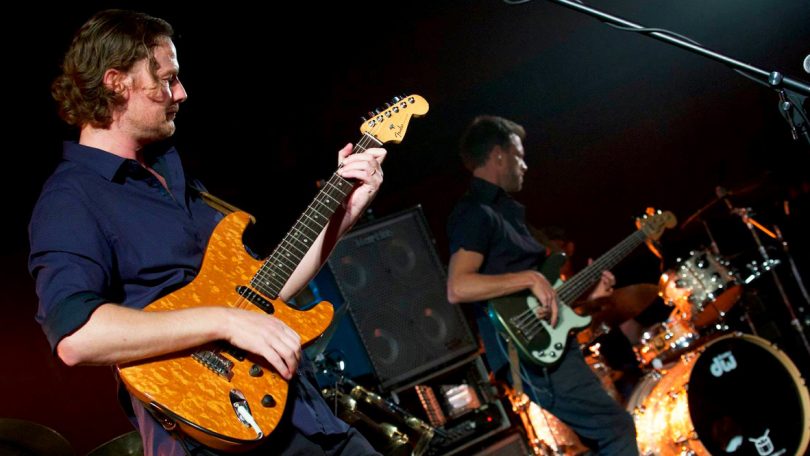 Simon Kinny-Lewis and his band will be performing at the Australian Blues Festival in Goulburn which will be held from 7-10 February. Photo courtesy of Laing Entertainment.

Goodwill, undiluted Blues, and free entertainment that offers that up close and personal music experience, is what keeps Goulburn’s long running Australian Blues Festival alive – and it’s gearing up to deliver the beats yet again from February 7-10.

Region Media spoke with Goulburn based promoter and festival organiser Geoff Bell about what’s coming up this year for the Blues Festival.

“We’ve got a good product in the Australian Blues Festival. The festival is in its 23rd year and people have been coming here since day one, whether that’s flying over from Western Australia or in from Tasmania… they love it,” Geoff said.

“It offers an up close experience. The audience is not in a massive venue with a barrier between them and the artist. It’s personal and people get to know each other. It’s like everyone’s an old friend.”

The festival is, at its heart, a music gig and there’s discovery for audiences who are not necessarily Blues devotees. “There are many sub genres within the Blues,” Geoff said.

An all-Australian line up has been confirmed for 2019. Festival goers will have access to over 70 free-entry performances from 29 acts across 10 performance spaces throughout the Goulburn’s CBD including a one-off ‘Tribute to the Piano Players of the Blues’ featuring three of Australia’s finest Leanne Paris, Jan Preston and Leo Joseph.

Finding ‘something different’ to add to the Blues Festival ‘experience’ is what keeps audiences returning, Geoff said.

“On Saturday morning there’ll be a ‘Songwriters in the Round’ with PJ O’Brien, John McNamara and Simon Kinney-Lewis – three guitar players/songwriters sitting on bar stools and playing Blues acoustic style,” Geoff said.

“And on Friday and Saturday night there’ll be the unpredictability of ‘Blues Roulette’ with Ben Wicks and Cameron Smith, an all-female or female-fronted Blues bands at the Goulburn Bowling Club and of course the ‘Tribute to the Piano Players of the Blues’ upstairs at the Astor Hotel. It’s always about finding that point of difference.” 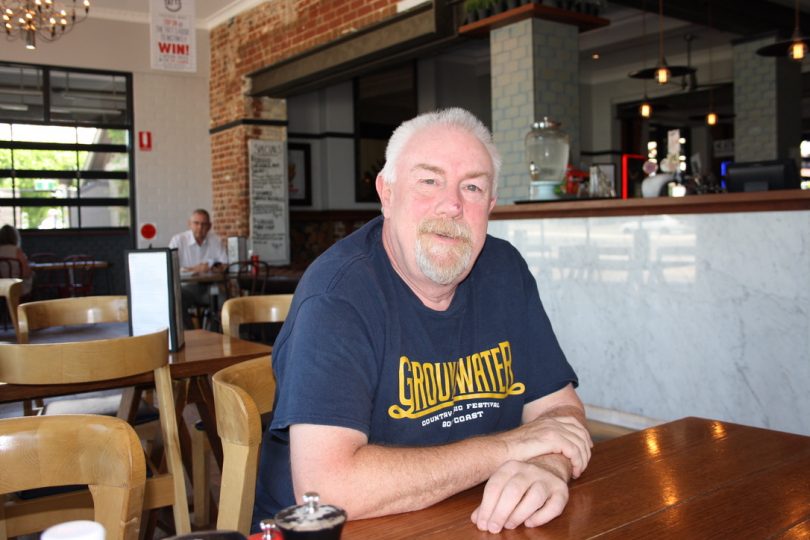 Geoff heads up Laing Entertainment which was founded by Slim Dusty’s former promoter Arthur Laing. He honed his music promotion/organisation skills when he was in the airforce organising entertainment for personnel. “… And it just went from there.”

He’s worked with some of the big names in Australian music including country music’s Casey Chambers and the ARIA award-winning Adelaide duo, the Audreys.

“It’s not work. I love it and I’m lucky because I’m doing something I love,” he said.

“With the Australian Blues Festival, I’m able to give something back to my community.”

As a longtime Goulburn resident, Geoff is keen to give young local musicians a hand up. It’s all about the ‘live’ potential of the Blues Festival and a chance for the young singers/songwriters and musicians to perform on stage.

“We have the ‘Youth in Blues’ coinciding with the festival where a well-known artist conducts a workshop at Mulwaree High School, and there is a Thursday night concert where they perform at the Goulburn Club. The young people run everything to do with the concert.”

Part of the reason the Goulburn festival has survived is down to its accessibility.

“Our location is good; we’re close to the big population centres – Sydney, Canberra and Wollongong – and it’s free,” Geoff said.

“However there is room to grow the festival and we need a Corporate partner to support this growth, but we’re always on the look out for that new artist that offers something different. When you curate a music festival, you have to have something that people can discover. It’s all about the experience.”