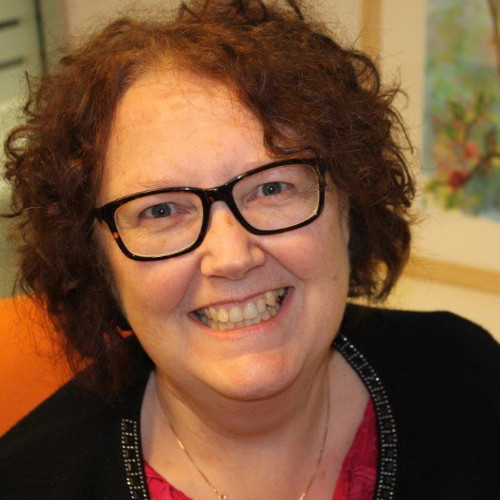 The woman who led the independent oversight of restraint and seclusion of students with disabilities in Victorian government schools has been appointed to a similar but broader role in the ACT.

Mandy Donley has been appointed as the ACT’s first Senior Practitioner, and will work closely with organisations across Canberra and the ACT community to provide education and to raise awareness about how to reduce and eliminate restrictive practices, which include any practice or intervention that restricts the rights or freedom of movement of a person for the primary purpose of protecting the person or others from harm.

A Government spokesperson said the ACT Government endorsed the National Framework for Reducing and Eliminating Restrictive Practices in the Disability Service Sector in 2014, and this appointment would enable the Territory to meet its commitments under that Framework.

A forensic mental health nurse by profession, Ms Donley worked for Victoria’s Senior Practitioner Office from 2007 on issues facing the disability community, and from 2015 worked with the state’s schools.

The spokesperson said restrictive practices were more likely to be used in response to behaviours of some of the most vulnerable people in our community – people with disability, older people, people living with psychosocial disability and children and young people.

In the coming months, the Senior Practitioner would begin consultations on the development of policies, standards and guidelines to promote best practice, working with impacted sectors.

Ms Donley said: “I will also help to protect a person’s human rights and freedoms by guiding decisions and providing education that fosters positive behaviour support and alternatives to restrictive practices. As part of my role, I will establish and administer a framework for the reduction and elimination of restrictive practices.”

Minister for Disability, Children and Youth Rachel Stephen-Smith said the establishment of a Senior Practitioner was an important step in the Government’s efforts to make Canberra an inclusive community where everyone’s rights were respected and upheld.

“The role is focused on improving the lives of all people who are vulnerable and potentially subject to restrictive practices, as well as upholding their human rights,” she said.

“Ms Donley brings a wealth of experience to Canberra from her time working in Victoria and I look forward to working with her on the reduction and elimination of restrictive practices in the ACT.”

She will work closely with service providers, people with disability, advocacy organisations, the Human Rights Commission and the ACT community. The relevant Bill specifically includes the disability (including psychosocial disability), child protection and education sectors.

The Government spokesperson said the Senior Practitioner would operate within an already existing branch of the Community Services Directorate and be directly supported by two staff. She would also establish networks with other ACT Government agencies to support her work. The 2017-18 Budget provided funding for the establishment of the office of the Senior Practitioner.

In 2015, a Canberra school was found to have restrained a boy with autism in a metal cage, leading to a public outcry and an independent review into students with complex needs and challenging behaviours led by University of Canberra disability education expert Professor Tony Shaddock and including specialist paediatrician Dr Sue Packer and ACT Children and Young People Commissioner Alasdair Roy.

The “metal cage” incident was a total beat up. It was used as a retreat, not a restraint.

It would appear from information in this article that the appointment of a “senior practitioner” is a huge over-reaction to a small problem.

Flavius Valerius Constantinus - 5 hours ago
Tracy Robinson Yes honey, in Greenway, Tuggeranong. Why? Do you want to come by for tea? Don't waste your time, I'm very well... View
News 57

Brent Hutch - 5 hours ago
Tramcar Trev if your only requirement is "safe and practical operation" then sure, you can pop up a sign. That argument can a... View
Tramcar Trev - 6 hours ago
Brent Hutch so that being the case how can bus stops be a simple sign on a post? Yet the tram needs $900k spent on each stop?... View
Ricky Newham - 6 hours ago
Andrew Dale ...haha...Mr Barr will just increase the rates for Mitchell landlords/businesses! View
News 83

John Taylor - 6 hours ago
James Ellis how about you provide something to refute it. View
Joshua Nash - 8 hours ago
Irrelevant in 2020 party View
Elroy Jones - 8 hours ago
John Garvey haha exactly! If it’s a good campaign you win! View
Lifestyle 10

Diane Kargas Bray - 8 hours ago
Great work Zango and the team Hands Across Canberra is proud to work with you and thank you for your generosity. View
show more show less
*Results are based on activity within last 7 days

Make no mistake, the ACT election result is a disaster for the Canberra Liberals, and one that has to be...
*Results are based on activity within last 7 days

When I was at university, I worked casually at a pharmacy in an outer suburb of Canberra. The owner and...
News 83

You've seen them around town - Neuron's unmissable bright orange e-scooters - and now they are being joined by Beam's...
News 57

@The_RiotACT @The_RiotACT
Canberra's best young amateur photographers have been recognised in a competition focused on highlighting the ACT's natural environment https://t.co/KCpQnudARR (7 hours ago)

@The_RiotACT @The_RiotACT
The long-awaited Verity Lane Market, touted as an upmarket international food hall, is set to breathe new life into the city https://t.co/LjK3ZyWgUu (8 hours ago)

@The_RiotACT @The_RiotACT
Alistair Coe has accepted responsibility for the election loss which has exposed divisions between the Libs' moderate and conservative wings https://t.co/eTVmqKRPAB (10 hours ago)