gRage: all the fun of late night music videos on the couch, live in the city as part of You Are Here 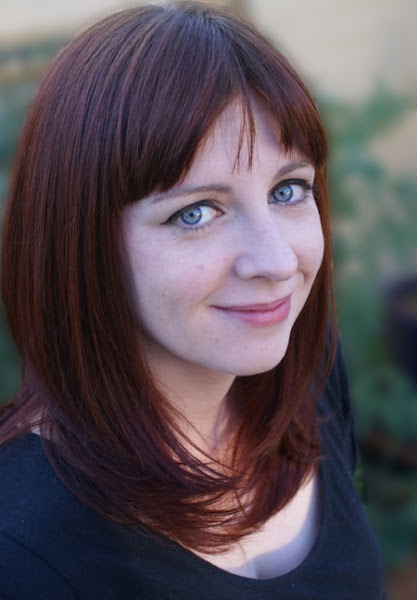 I have this idea that one of the most quintessentially Australian things, something that everyone in this country born between 1970 and 1995 shares, is the experience crashing on the couch after midnight on Friday and Saturday nights and watching Rage.

Some visionary at the ABC back in 1987 somehow figured out that what the Australian people needed more than anything was eight hours of uninterrupted videoclips twice a week. 25 years later it’s still probably the best thing on the ABC. It’s not a complicated formula – play video clips back to back all night flashing the word RAGE on the screen every 45 minutes or so – but it works.

The show has remained basically unchanged over two and a half decades, with the exception of one key innovation: the Saturday night Guest Programmer. Artist/band picks their favourite clips and talks about why they mean so much to them. Inevitably picks some obvious classics, some obscure masterpieces and some complete what-the-f***s. (Machine Gun Fellatio won my heart when they screened Bryan Adams, Rod Stewart and Sting’s masterpiece of awkward homoerotic tension All For Love. Bryan Adams looks both confused about where he is and on the verge of making a panicked dash for the door.) You lie on the couch cursing their terrible choices, debating what you’d play if it was up to you, and promising over and over that you’ll go to bed after this song.

Cause when it’s – ALLLLL FOR LOVE, IT’S ONE FOR ALL

This March, the You Are Here festival is paying homage to the ABC’s iconic music show with our gRage series. Every weeknight of the festival at Smiths Bookshop, a different artist will be guest-programming a selection of their favourite five music videos. Unlike its namesake program, gRage will feature not only musicians but also theatre performers, visual artists and storytellers.

Host James Fahy will join the guest-programmer on the couch to discuss their selection and explore how these videos have affected and influenced them. Following the screening is a short live performance by the artist, so we can see these influences in action.

gRage is on every weeknight (and one Saturday) from 14 – 24 March, and like everything else in the You Are Here festival it’s completely free, so really I mean why not? All you have to do is roll over to Smiths, have a glass of wine, settle down in a cushion, enjoy a handpicked bouquet of fine videoclips, dig a live performance, and then hang out afterwards chatting with the artist about their selection what worked what didn’t and what they shoulda picked instead. Come check it out. Do it.

Okay nobody asked but I’m gonna tell anyway: if when I receive the invitation to guest-program my favourite clips, THIS is on the top of the pile. It has EVERYTHING (where everything = vikings).

Emily Lander-Clarke - 33 minutes ago
90 days at the very least, I would imagine it will probably roll on for far far longer than this... View
Deirdre Mione Wilson - 2 hours ago
It went from January 1918 to December 1920. So two years and then it just disappeared. Most deaths were in the young, up to 4... View
Ruth Brown - 3 hours ago
Boyo Birch No antibiotic will cure COVID-19. Antibiotics only kill bacteria, they have no effect on viruses. That's why docto... View
Opinion 20

Julie Macklin - 1 hour ago
Ruth Brown What upgrading and improving paths for people to cycle does (and where this has been done shows this), is get more... View
Rob Thomas - 2 hours ago
The comments section of facebook posts are direly unsupported. Perhaps people can help fill them? View
Ruth Brown - 3 hours ago
Will cyclists actually use the bike paths if they get renovated or will they continue to risk life and limb (their own) by in... View
Community 6

Bec Pollock - 3 hours ago
Karen are you really that ignorant? View
Jane Rosewarne - 15 hours ago
Exactly why other people are now struggling to obtain the basics. Some people have way more than they need, while others are... View
Karen Burt - 17 hours ago
How on earth can anyone’s cupboard be bare The excessive shopping people have been consuming is outrageous View
News 7

MERC600 - 4 hours ago
JC the coffee shop in the Jerra shopping centre is situated in the open inside a large space , with Woollies one side and the... View
News 11

Andrea Kerr - 6 hours ago
Angela Moore does it matter really. Use whatever spaces they can to try and save lives. View
Daniel Howell - 7 hours ago
Where are they going to put it View
Dragica Ivanovic - 11 hours ago
Yup for 5G victims. View
Community 15

me heretoday - 12 hours ago
Is anyone else enjoying this wet weather as much as I am. View
News 7

Two men have been charged by police following separate incidents where they threatened and coughed or spat on people while...
News 31

Heavy rain forecast over the next couple of days will boost the ACT's combined dam totals which now sit at...

@The_RiotACT @The_RiotACT
Work to begin on new primary school in Googong after almost two years of delays https://t.co/YSSrVpflRK (29 minutes ago)