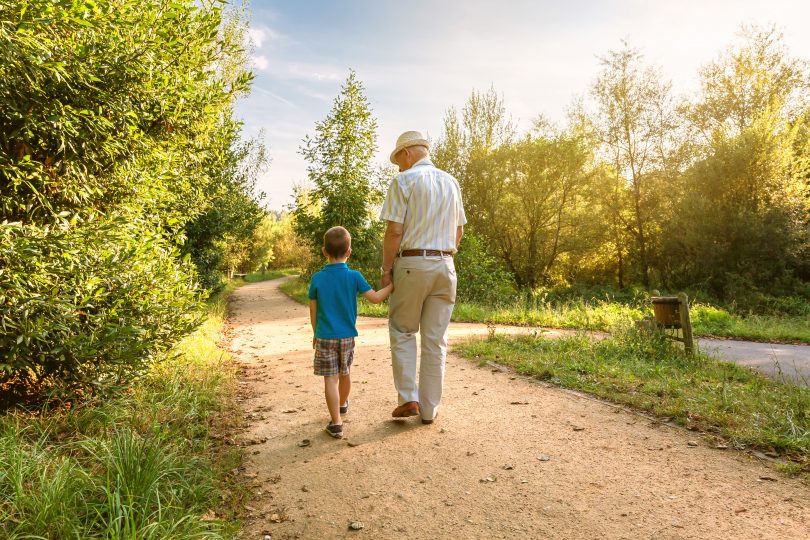 Children awaken a sense of adventure that adults think has long deserted them. Photo: File.

I’ve been thinking a lot about intergenerational connections, particularly since watching ABC’s Old People’s Home for 4 Year Olds which I thought was a fantastic program and very topical for our time.

Anyone who followed it would have clearly seen the impact the little children had on the senior participants, most of whom had resigned to a life of isolation and dependence. The best part about working in the community sector is that the means are within our grasp to implement programs like this in the ACT.

For a subject area that has only recently been given attention, there is already a growing body of research suggesting a correlation between intergenerational connections and positive ageing, and the importance of positive ageing has never been more prominent than it is now.

The most recent Intergenerational Report, issued by the Australian Government, shows that the population of Australians over-65 is increasing rapidly. This raises serious concerns about older people’s susceptibility to loneliness and social isolation.

The negative societal impacts of loneliness are severe enough to warrant attention by governments. In the UK, the government undertook the Jo Cox Commission on Loneliness and has committed funds to foster meaningful connections in society.

Studies have shown that loneliness is often linked to early deaths – on a par with smoking or obesity. It is also linked to increased risk of coronary heart disease and stroke, depression, cognitive decline and an increased risk of Alzheimer’s. Did you also know that when you feel socially rejected, it triggers a response in our brain similar to one from experiencing physical pain? If nothing else, these facts alone should urge us to take social connections more seriously.

An evolving society brings with it unique challenges. A particularly salient challenge – or perhaps a by-product of a more educated and mobile society – is that it is unusual for people to live, train and stay in the same place throughout their lifetime. Children grow up and move away from their hometowns, and their ageing parents who are comfortable in their surroundings are less inclined to follow them and can be left alone and isolated in their older years.

Our older generation seems determined not to rely on their children or grandchildren to take care of them. Having worked with this age demographic for over 20 years providing community services, I cannot stress how important independence is to general wellbeing and ageing well.

Our Belconnen Community Service (BCS) participants enthusiastically attend our programs because it helps them live their best lives on their terms. They have a sense of control over their decisions, and with that comes a freedom that is difficult to define in words. This is why BCS’s programs are always designed in collaboration with the community; we don’t believe in doing for, we believe in doing with.

But living independently does not mean that social connections need erode. Unfortunately, these connections are harder to come by. There is a strong culture of ageism in Australia; a lack of respect for our elders pervades our younger generation. This isn’t to say they lack depth or emotional maturity, only that the culture and perception of a family unit seems to have changed to a point that vital links between generations are breaking.

Which is why programs that promote intergenerational connections grow in importance each day. In the Old People’s Home for 4 Year Olds program, the older adults couldn’t help but break out into big smiles when the four-year-olds came to see them. Adults who were usually confined to their chairs and beds at the start of the program became much more mobile, encouraged by their younger compatriots who gently prodded them along. They even got them to the beach!

Children awaken a sense of adventure that adults think has long deserted them. Their innocence and simplicity connects with any generation, regardless of age. And in turn, the children acquire a greater understanding of older generations, whose experiences are yet to befall them. Intergenerational connections go a long way in fostering a culture of tolerance and understanding that will be passed on to many more generations along the way.

We are very excited about the programs we have planned at BCS for next year that touch on this very subject. The INVOLVE project that is currently being designed includes an intergenerational storytelling component which will see our older participants joining with school children to pass down their stories and experiences, which the children will then interpret in their own fashion and create a storybook as a keepsake for both the seniors and the children.

If you know anyone over-65 who would like to participate in our intergenerational storytelling program, contact BCS on 6264 0200 or email bcs@bcsact.com.au.

Details of the broader INVOLVE project will be revealed soon. 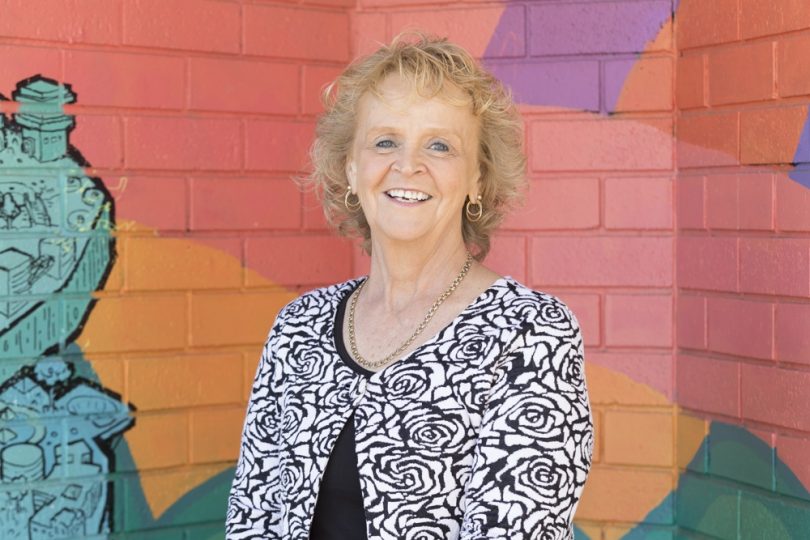 Jenelle Tinham is the Executive Manager – Programs and Services at Belconnen Community Service. She has worked in the community sector for her entire career, having held senior and executive management roles for the past 20 years. Jenelle has extensive experience in the fields of disability, community aged care, mental health and out-of-home-care services.

One Response to ‘Growing old and growing young’: the importance of intergenerational connections
Filter
Showing only Website comments

This is an inspiring article. We need more programs like this, building community linkages between schools and aged care places, for mutual benefit. Kids need older adults to interact with and our seniors are often isolated and lonely.

Troy Scott - 5 minutes ago
I think I will boogs I was pretty good at it at 7 View
Steve Hugler - 3 hours ago
Troy Scott there’s still time for you to make a shot put comeback mate. 3 years and you could be at the Olympics!... View
Liam Timothy-Nesbitt - 5 hours ago
Tariku Fitzgerald-Holmes We’re up there... View
Lifestyle 30

Wendy Watson - 11 minutes ago
beautiful thankyou View
Judith Griffiths - 30 minutes ago
Would love to be there in person! View
Olwyn-Anne Cook - 47 minutes ago
Missing it so much this year, thank you for all the beautiful photos. 👏👏👏👍🏻👍🏻👍🏻 View
News 22

kenbehrens - 46 minutes ago
Vaccines offer protection against severe infection and in most cases, death. It doesn't prevent people contracting Covid, get... View
kenbehrens - 1 hour ago
Sam, With respect, you appear to be poorly informed. Flu typically kills the elderly or those with health conditions. It is a... View
JC - 1 hour ago
Not going to disagree. Facts and politics don’t mix. Regardless I would still trust what comes out of Andrew Barr’s mouth... View
News 19

Caroline Le Couteur - 1 hour ago
Please don't release a heap of plastic rubbish. We have enough problems.... View
Tracy Parker - 2 hours ago
Perth do a duck derby every year where around 15000 are released, they re use them and collect them all at the end of the eve... View
Micah Woodburn - 2 hours ago
Emmeline Grace an event I can get behind. This floats my boat...or duck View
News 237

Jarrad Job - 1 hour ago
Doug Hovi Have to replace all the trees they cut down to make room for all the solar farms in the future🤣... View
Robert Woodrow - 2 hours ago
Tahlia Bruce or possibly not .... View
Dee Kaden - 3 hours ago
That could almost be 5,400 homeless off the streets!!! View
Opinion 2

Dilkera - 3 hours ago
Absolutely ludicrous to have a grand drive in entrance on Canberra Avenue, which is long past being a grand avenue. It is a c... View
News 35

yolo2014 - 5 hours ago
No offence to Penrith as it is always a great game playing against them but the reason they have been removed from the Sydney... View
Ben Rabaud - 5 hours ago
Scott Neil, the RSL have been our major sponsor for the last few years. View
show more show less
*Results are based on activity within last 7 days

Program launched to involve seniors in their community and limit loneliness

@The_RiotACT @The_RiotACT
It's war at Murrumbateman, where a particularly assertive #magpie has it in for #winemaker Bryan Martin - and he has the video footage to prove it https://t.co/wuXWsjvgdt (18 minutes ago)

@The_RiotACT @The_RiotACT
The iconic #BatemansBay Bridge is almost completely gone, all that remains is a few piers rising from the water https://t.co/1k3VBOuBMt (1 hour ago)

@The_RiotACT @The_RiotACT
An #audit report has questioned the numbers underpinning the next stage of Canberra's light #rail network https://t.co/He3ZzwWw3Q (2 hours ago)