Gungahlin Jets: We won’t let the vandals beat us 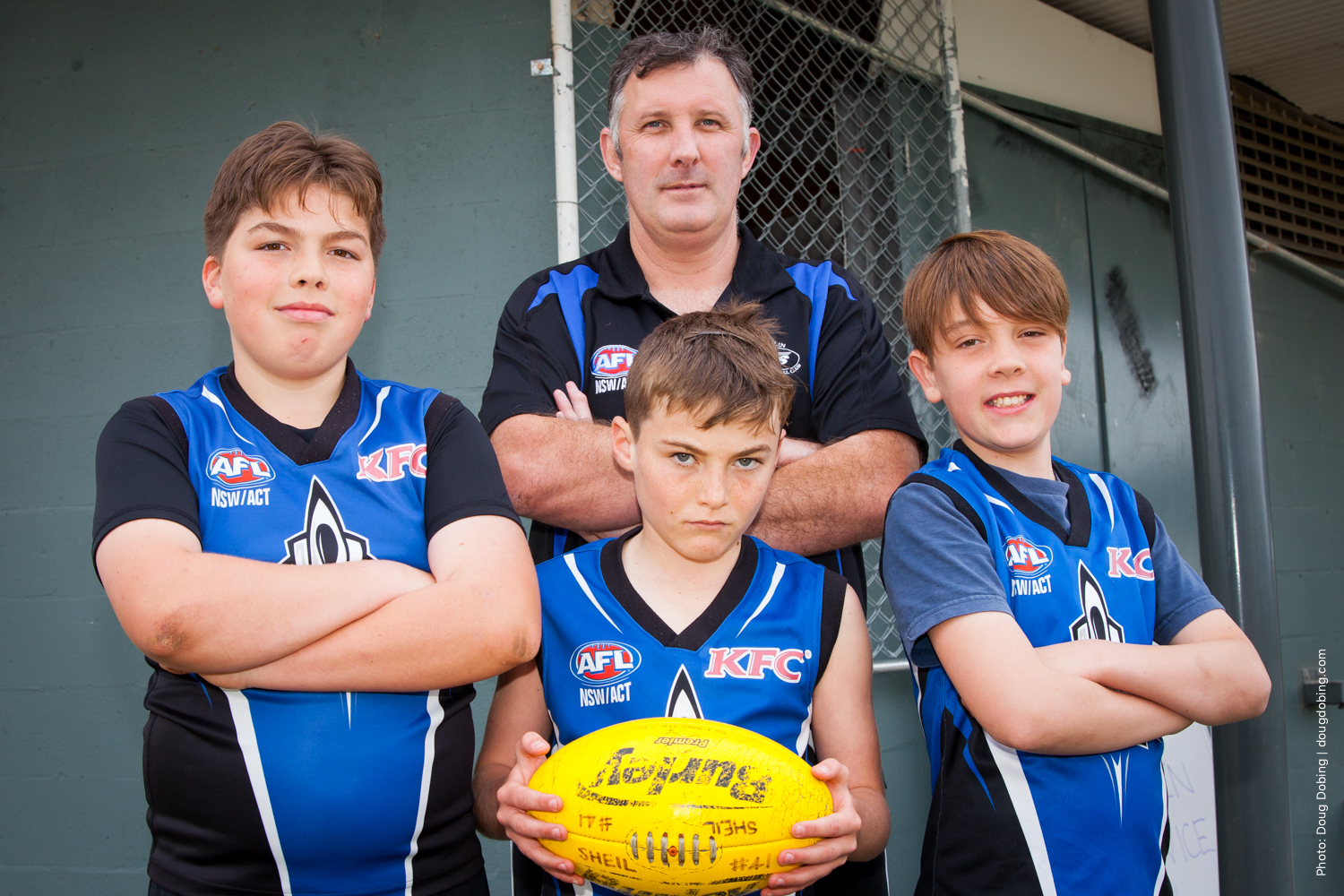 The Gungahlin Jets AFL club have vowed not to let the vandals beat them following the senseless destruction of Amaroo Oval facilities last week.

Gungahlin Jets Junior President Steve Wall said he is overwhelmed by the strong support from the Gungahlin community and volunteers who have rallied in response to the incident.

While many people enjoyed the Queen’s Birthday long weekend, a bobcat stolen from a neighbouring construction site was used to cause ‘significant damage’ to Amaroo Oval facilities.

Players arrived early morning to Amaroo Oval on Sunday 11 June, expecting to prepare for a friendly game against a visiting Sydney team.

Instead, they saw their home ground destroyed with fallen trees, goal posts knocked down, a seating stand dragged across the oval and the club canteen facilities demolished.

“To see that devastation is really heart-breaking,” said Mr Wall.

“We brought a team from Sydney for a trial match and the first thing they see is police everywhere and damage. It didn’t look good for our community,” he said. 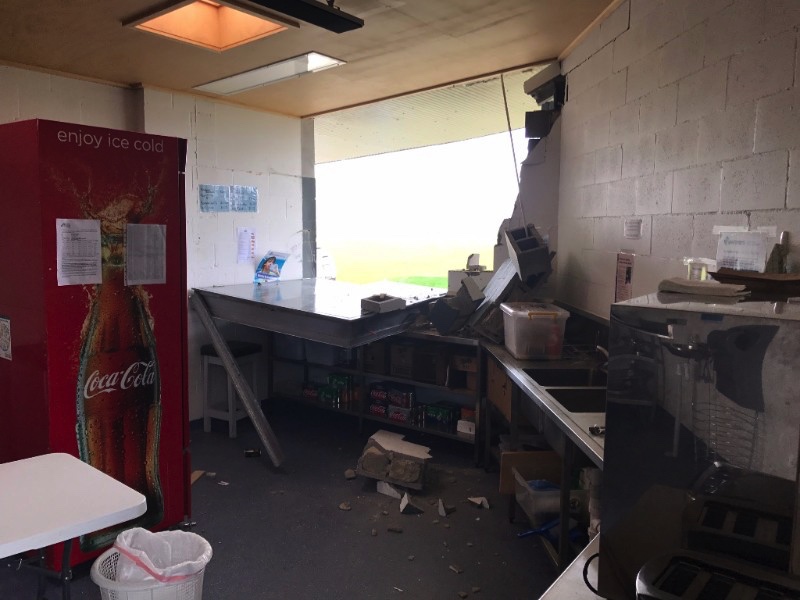 Volunteers quickly responded that morning to move stock and electrical items out of the damaged canteen area. Mr Wall said that as a community club they rely on volunteers who are a big part of the club.

Mr Wall said the club depends on the canteen and volunteers to provide a club day experience and to raise funds to meet the club’s financial commitments.

“It will impact the way that our club is able to maintain its viability,” he said.

“It costs a fair bit of money to keep a club together. We pay ground hire fees and affiliation fees.”

“If the facilities that we use to help pay for that are compromised, that’s going to compromise our ability to meet our financial requirements.” 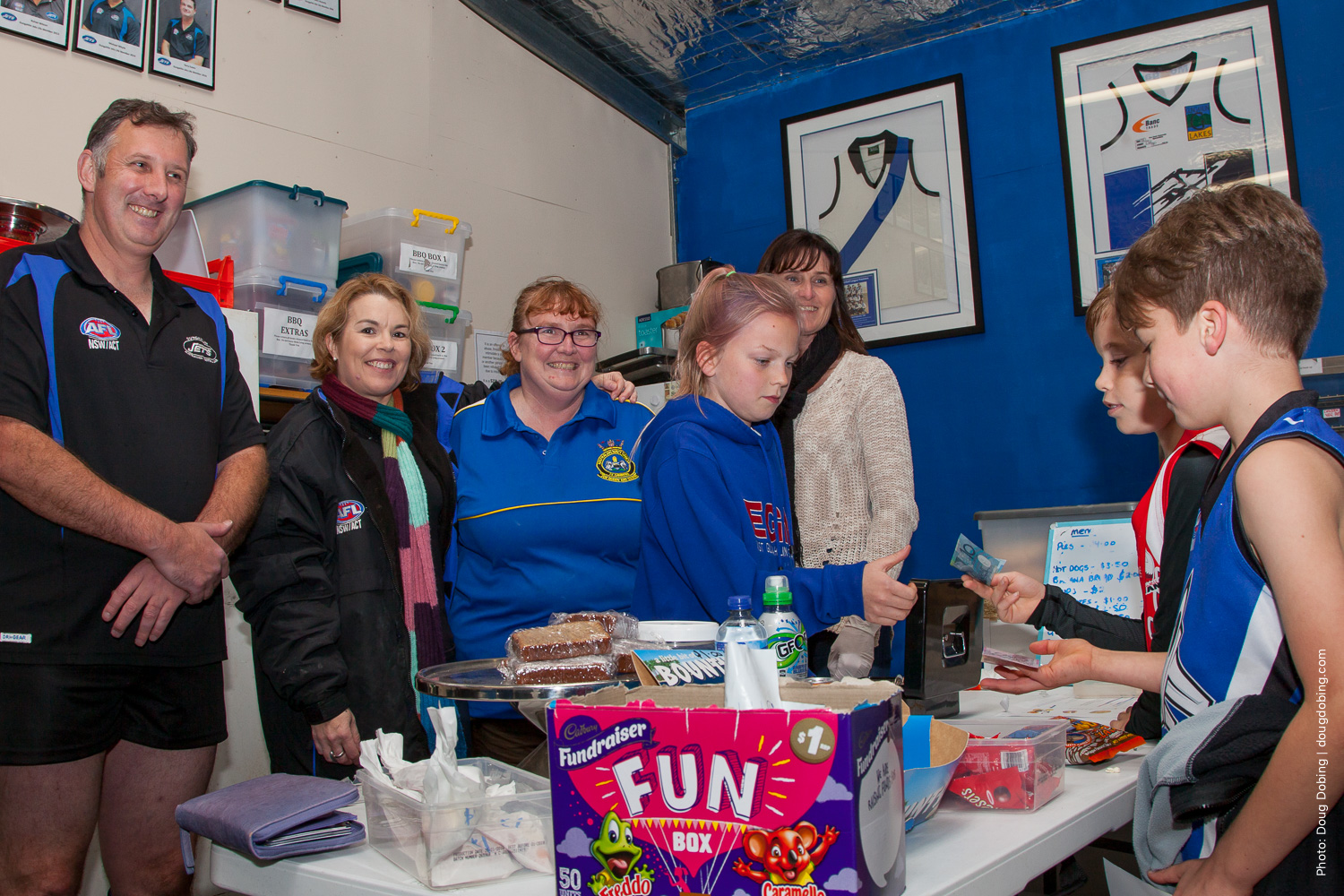 Mr Wall said that while the Club remains optimistic, it is concerned the recent vandalism will increase insurance premiums and in turn increase the cost of hiring the grounds.

Four years ago the Gungahlin Jets built ‘The Hangar’ next to the ACT Government owned canteen building. ‘The Hanger’ is used by the club for training and special club events. Following a series of break-ins after it was built the club installed a security system. The club does not keep money on the premises.

“I believe we are fortunate in this incident the perpetrators avoided ‘The Hangar’, because of security,” said Mr Wall.

“It costs the club money to maintain that security. But when the club was first built it was broken into four times in four months,” he said.

“My take on this is that the canteen was targeted because it didn’t have the security facilities on there.” 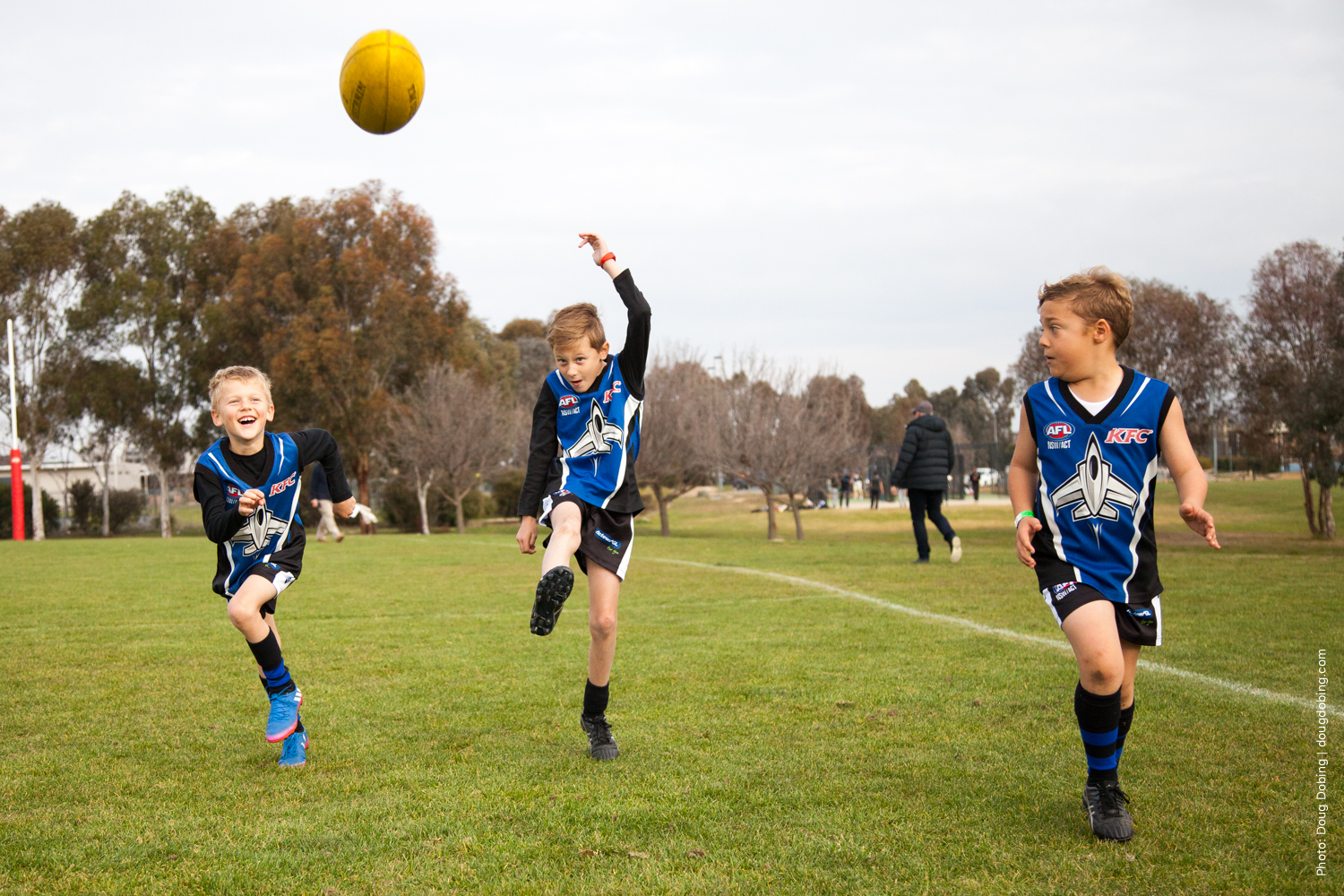 Mr Wall said that even with the surrounding residential developments around the Amaroo Oval, the facilities will continue to be vulnerable without adequate security and lighting at night.

He said that following the vandalism, the football club has been overwhelmed by the support from the community, local businesses and sporting clubs.

“This football club is still a pretty young football club in the ACT region. We are trying to build it from the ground up, to compete with some really strong clubs that have been around a long, long time,” Mr Wall said. 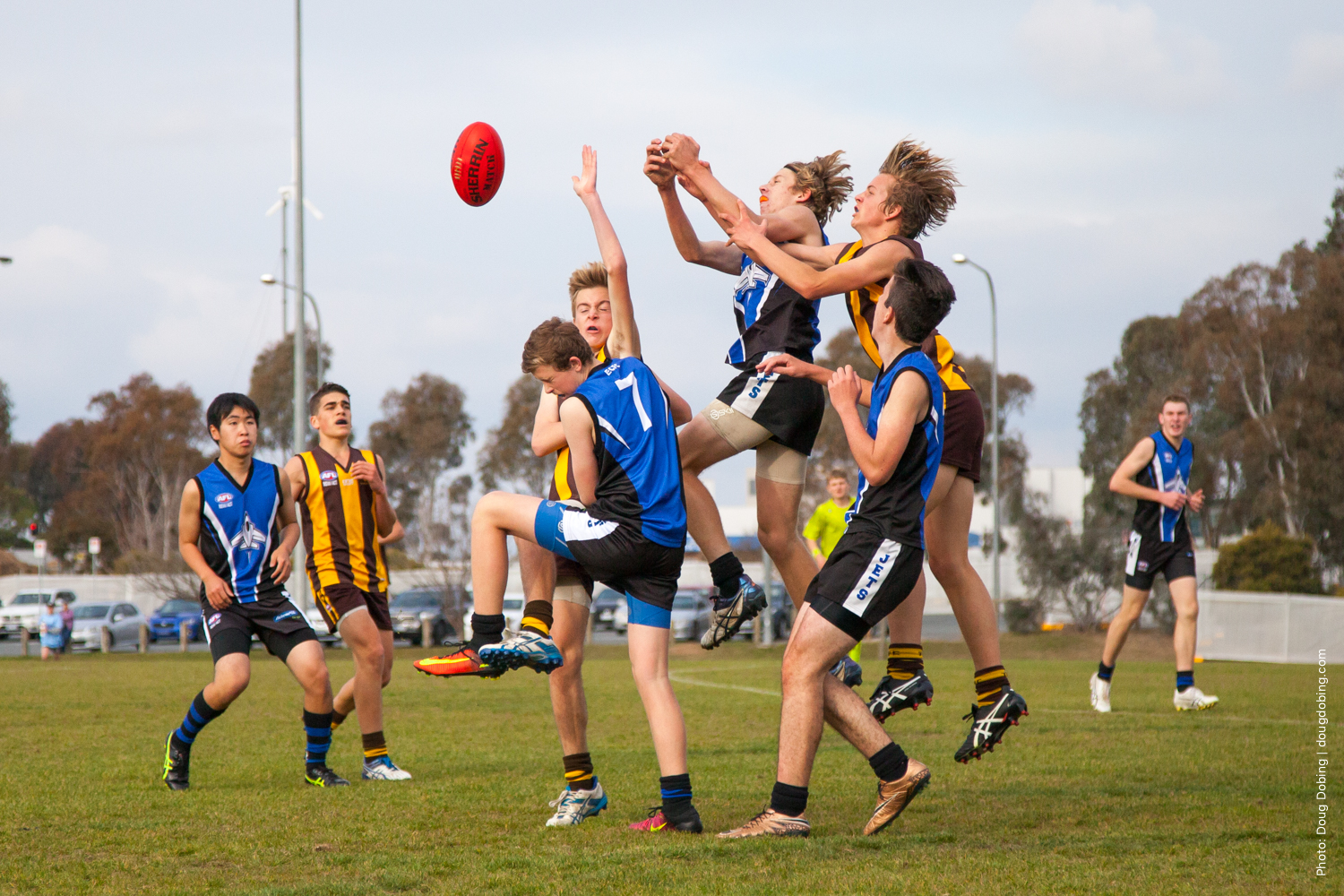 “The club has got a pretty bright future and it’s such a growing area. To be aligned with this community is where our future is going to be.”

“We’ve got over 100 kids playing [AFL] Auskick rookies, we’ve got lots of families here, over 400 people in this community play in this club.”

“I’ve got two of my two sons Andre and Karl, they play. We’ve got three boys that come all the way from Goulburn to play and boys from Harrison School,” said Gungahlin Jets Coach U9 Jets Black, Michael Niesen. 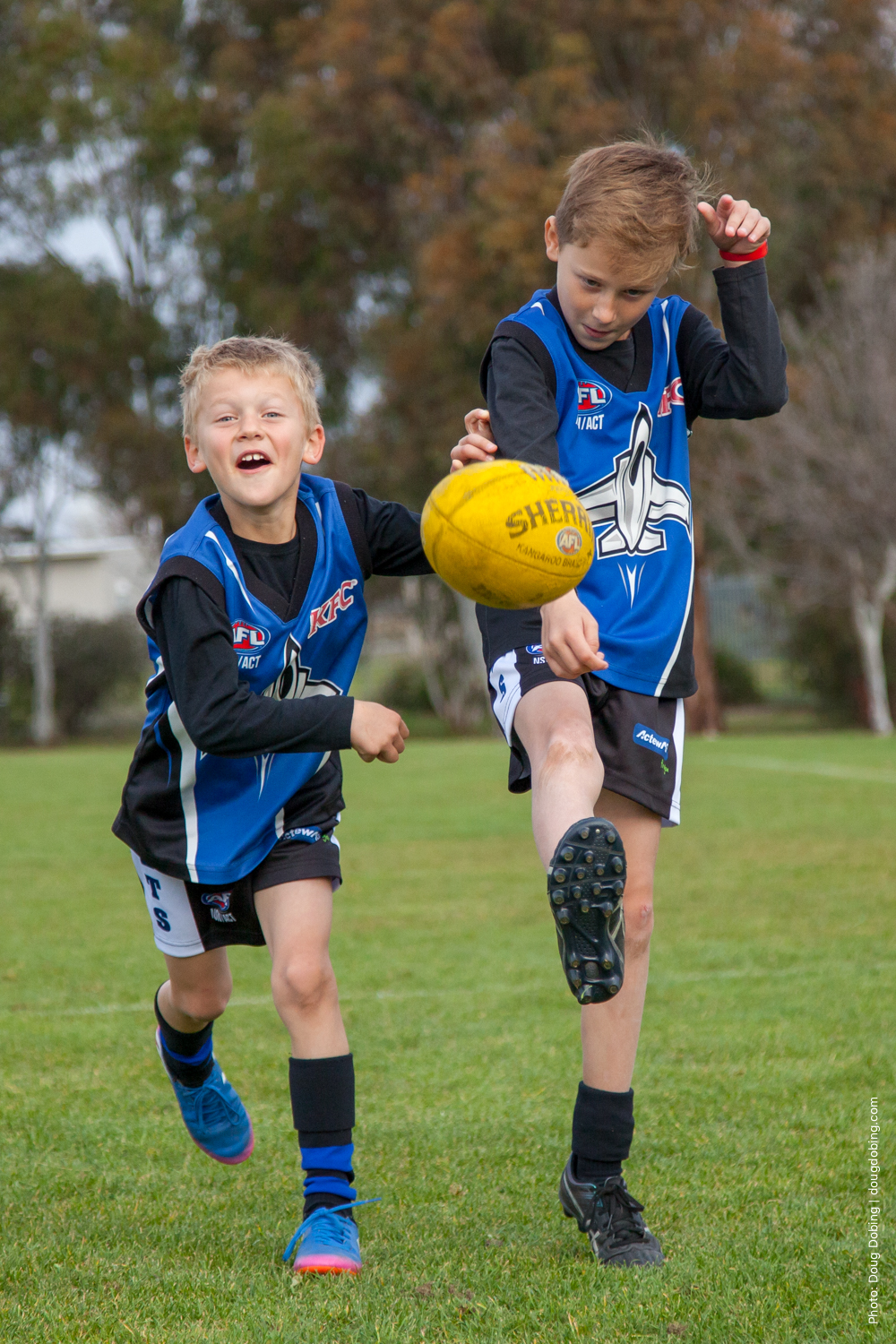 “Our team is very much a community team that been brought together by the Gungahlin Jets. It’s a really good club, they look after our kids and our kids really enjoy it,” he said.

ACT Police ask anyone who has information or saw any suspicious activity in the area to contact Crime Stoppers on 1800 333 000, or via https://act.crimestoppers.com.au/. Please quote reference number 6115628. Information can be provided anonymously.

Do you think there is enough security and lighting at the Amaroo Oval? How can we reduce vandalism at community sporting facilities? Please comment below.

One Response to Gungahlin Jets: We won’t let the vandals beat us
Filter
Showing only Website comments

It’s difficult enough for community sports clubs to operate with the barebones infrastructure provided, let alone when idiots destroy stuff on purpose. Hopefully the club is back up and running with full steam soon!