Half of ACT principals physically attacked in 2018, says survey 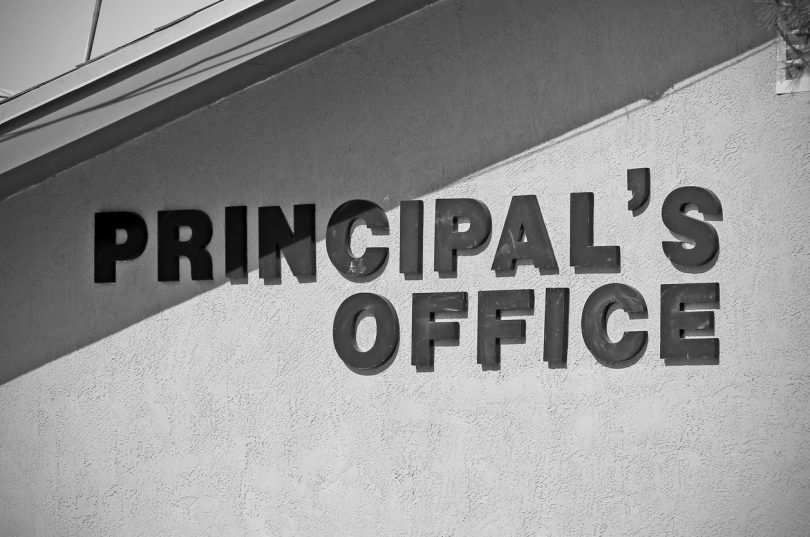 The survey revealed concerning upward trends for violence against principals in the ACT.

The ACT Government is continuing to resist calls for an inquiry into school violence despite an new report finding the ACT has the highest prevalence of school principals experiencing physical violence and threats of violence in the nation.

The 2018 Australian Principal Occupational Health, Safety and Wellbeing Survey produced by the Australian Catholic University shows that last year, 65 per cent of school leaders in the ACT were threatened with violence and one in two (51 per cent) actually experienced physical violence.

The next worse when it comes to threats of violence are the Northern Territory (54 per cent), Tasmania (49 per cent) and Queensland (49 per cent), where after a drop in 2017, levels jumped again in 2018.

For actual violence, the Northern Territory (50 per cent) and Tasmania (46 per cent) again follow.

The survey, which covers both government and non-government sectors, revealed concerning upward trends for the ACT, as well as NSW, Victoria, South Australia and Western Australia.

But Education Minister Yvette Berry said the increases were no surprise given that schools had been encouraged to better report incidents, and she expected that to continue.

She rejected calls for an inquiry into school violence, saying programs were in place to deal with the issue, including the rollout of the Positive Behaviours for Learning program, and an inquiry would just become a spectacle.

“We’re already doing all of the work that an inquiry would suggest that we do,” she said.

In 2017, the Education Directorate launched a new occupational violence policy and management plan only to have WorkSafe ACT launch action against the Government last year after a two-year investigation into violence in public schools found it had failed in its duty of care to staff.

Ms Berry responded by announcing the Government would invest another $2.3 million to implement WorkSafe’s recommendations.

This month, school violence again raised its head when parents at Theodore Primary complained about continuing incidents in which children were attacked by other students. It emerged that parent’s concerns were a year old but had not been dealt with, even after Ms Berry asked officials to look into them in November 2018.

Ms Berry launched an investigation but rejected Opposition calls for a general inquiry into school violence.

She said the incidents had been reviewed and extra supports were now in place at Theodore.

The principals’ report said the levels of offensive behaviour were growing in many parts of the country but the trend was not uniform. The data in the ACT, NSW and Tasmania was extremely worrying in 2016 while the levels of threats and violence increased significantly in Victoria and Queensland in 2017.

Nationally, the highest prevalence of violence is in Government primary schools at 42 per cent or 10.5 times the population rate, with women most at risk – 40 per cent experiencing violence compared to 32 per cent for men.

The report says there is an urgent need for independent authorities to investigate adult-adult bullying, threats of violence and actual violence, and to have powers to interview teachers, parents and students.

They should determine who are most at risk, why and what can be done to protect them and whether the risk also extends to teachers and students. How a school is run and outside influences should also be examined.

“Therefore, the investment in such a taskforce may prove to be the least expensive option in relation to this issue.”

The report says the cost to mental health is high, with a recent PriceWaterhouseCoopers study finding that the impact of not addressing it amounted to $10.6 billion a year, but every dollar spent on addressing the issue returned $2.30.

Like a few others on this forum, I think this story is only 1/2 reported. How many of these assaults were the parents, and how many the children ? Is this just anecdotal guesses or backed up with written statements ?

If an adult assaults a principal the course is clear – conveniently the school also has the contact details for the child on record so the police shouldn’t have any difficulty in finding the adult and ‘policesplaining’ appropriate behaviour to them.

If the child assaults students or teachers or principals, then the school should be allowed to protect themselves from the student by suspending the student until they have settled down and committed to behaving better – its actually that easy.

If the parent doesn’t have the inclination to take the day off and take care of their suspended child, then they will act to improve the behavior of their child.

I’d like to know the breakdown of students vs parents assaulting principals.

Violence from who though? The kids, parents, colleagues? It isn’t exactly clear

It’s a smaller number, so of course it “looks” high.

Labor resisted calls for an inquiry into Health despite all the evidence to the contrary and now they’re doing the same with Education. Paying too much attention to shiny toy trains and not enough to the core services the Government is responsible for.

To much violence from students to students teachers to students then parents . How about the education department fixes the drug problem in schools then it might be better

Bring back the cane.

A sad indictment of parents today

So much for all the programs about respect in schools. They don’t seem to be working……

bring back the cane,,, i got it through primary and high. Parents dont teach respect anymore,,, who would want to be a teacher today

Because torture is a fair way to discipline children.

Flailing the skin off a kids hand dosent work

who had skin off hands?? not me or anyone i knew. But we respected our teachers

Hands to Self, Feet to Self!

Hands off,feet off is at my kid’s school.

Jenni Zimoch it’s at EVERY school. Unfortunately, as the survey shows, it’s a rule that is often broken 😞

Are we really so shocked about this?
Look at all of the professions that exist to assist society and the rate of violence towards them. It’s an epidemic. I liken it to gun control in the USA. They are all outraged by it when it happens but nothing changes the behaviors

Tasha Krahe – those kids are learning that behaviour from their parents….the ones attacking staff. So it is all part of the same problem.

It’s not always so black and white. Kids rebel, you know?

Jackie White They do,but is it not the parents job as well as the teachers to do something if this rebellion leads to violence?

Kriso Hadskini I’ve never assaulted anyone but my son has assaulted teachers… and he is not doing it as a rebellious phase either. He has autism… when provided with support, he is no harm to anyone. Put him in a class with a relief teacher who isn’t aware of the support he needs and you’re asking for problems. It’s not always as simple as people realise. Please sign this petition calling for an independent inquiry. Everyone deserves to be safe at school and clearly what the EDU are doing isn’t working

Worry about the adults, not the poor kids who are being attacked and stalked and abused

Tasha Krahe All members of every school community should be safe from any sort of violence and abuse, and thoroughly supported if it does happen. Unfortunately that has not been the case.

Tasha Krahe yes- but who has the duty of care for the teachers and principals who are being verbally and physically assaulted?

and who has the duty of care for the students who are being verbally and physically assaulted? ummmm….maybe teach these kids that actions have consequences. They need to learn that it is not acceptable to bash or abuse someone. ACTIONS HAVE CONSEQUENCES.