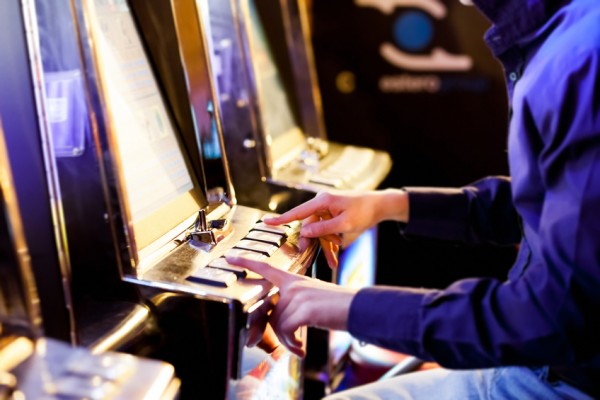 Clubs will have to pay out more and face tighter rules under the legislation.

All clubs and for-profit hotels will be required to give an additional 0.8 per cent of their net gaming machine revenue for community purposes, with half going towards gambling harm prevention initiatives and the rest to the Chief Minister’s new Charitable Fund, under legislation introduced to the Legislative Assembly on Thursday (1 November).

The legislation also introduces stronger penalties for failure to comply with gambling harm prevention rules and sets out a legislative pathway to reduce the ACT’s gaming machines to 4000 by 2020.

Minister for Business and Regulatory Services Gordon Ramsay said the Chief Minister’s Charitable Fund would be administered to support community groups and programs, and require no future Budget funding. It means clubs will no longer have control over how some of their contributions are spent.

He said the tighter rules were a direct response to the Auditor-General’s findings last April on the scheme and would maximise the direct benefit to the community.

“The changes we are making to the scheme are aimed at bringing it back to its central purpose to ensure the community gets more, not less,” Mr Ramsay said. “The scheme will maximise the benefits to the community and ensure that clubs still carry out the purposes for which they were established: to serve the community.

“Of course clubs will still be able to meet their constitutional requirements and core purposes, whether that be supporting particular sporting teams or codes, running specific community activities, or raising awareness and participation in cultural events.”

He said that the increased amount of community contributions would mean that gaming machine funds reached even more community groups, including those who did not have relationships with clubs.

“It also means more funding will be available to protect the community from gambling harm,” Mr Ramsay said.

“The Government clearly set out the incentives available and the dates for our planned reduction to 4000 gaming machine authorisations in August. This legislation implements that commitment exactly as we promised. We want to minimise harm to the community and have a strong, sustainable, diverse, and community-focused club sector,” he said.

ClubsACT Chief Executive Gwyn Rees said there would be significant flow-on effects and unintended consequences of stripping the clubs’ capacity to claim their affiliated groups as contributions.

“The Government is poised to undermine some clubs existence and stifle the aspirational objectives of Canberra sports people,” he said.

“Clubs had a legitimate role when it comes to amateur sports but also amateurs who are paid. The Attorney’s proposed bill abandons Canberrans who aspire to the elite level and it is a sad day for sport in the capital.

“If the ACT Government can justify $2.3 million on GWS, how can it be argued that clubs spending below this level does not benefit the community? Clubs support tomorrow’s heroes.”

The Government flagged the changes in August, which come after an investigation by the Auditor-General and a review by the Justice and Community Services Directorate.

Emma Boyle - 1 minute ago
Gaye Ghioni maybe he just wants to fo all the places you have been 🤣🤣 View
Chloe Bransgrove - 34 minutes ago
Welcome to visit hehe View
Peter Hatfield - 2 hours ago
He can stay at the Cowra-van Park! View
Lifestyle 5

Graham Smith - 15 minutes ago
Alan all the best. However it happens, it’ll be great to see SFP continue to develop as an outstanding National quality fac... View
Bill Gemmell - 30 minutes ago
I agree in the principle of charging the economic cost of providing a public place to park a private vehicle. But, just can't... View
Geoff Withers - 1 hour ago
Registration charges in the ACT should cover parking costs, its ridiculously high. View
Community 27

James Forge - 55 minutes ago
Ben Oostermeyer I agree. The usual excuses of transport costs and lack of competition don't wash when fuel that has to travel... View
Opinion 100

Redgum - 2 hours ago
Better Renting is correct on one point only. The decision to invest in a rental property is a business decision. Investments... View
News 10

Paul Kowal - 5 hours ago
Super impressed, Ashley, with the effort and fund you raised! Will keep an eye out for the next fundraiser. Kind regards, Pau... View
show more show less
*Results are based on activity within last 7 days

@the_riotact @The_RiotACT
The machinery shed is the heart of every farm - it's also the inspiration for a new children's book by Binalong author Angela Taylor https://t.co/5Re2h7YwcX (33 minutes ago)