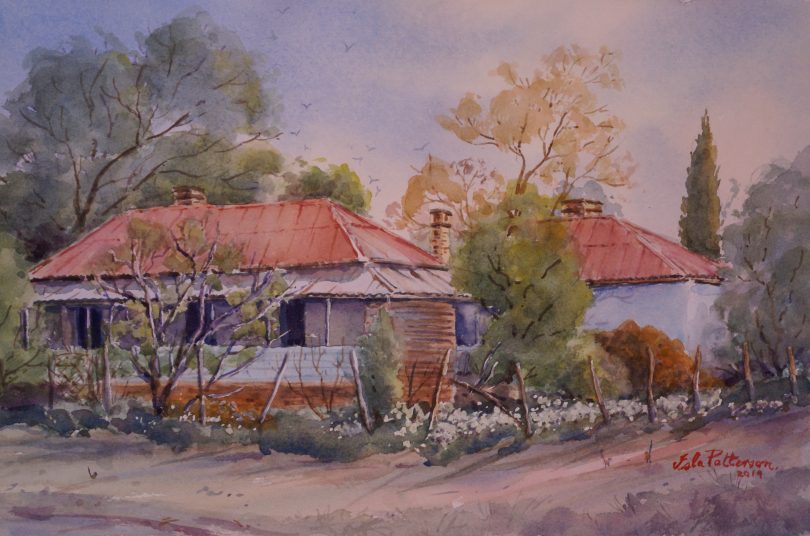 Eight historic homesteads, some no longer in existence, tell a story of the past that is still close to the surface around the historic village of Hall in a new exhibition that will open this weekend.

A Palette of Pioneer Places at the Hall School Museum and Heritage Centre brings together paintings by watercolourist Isla Patterson with the story of each homestead and the families who once lived there (and sometimes still do).

Isla has been painting around the district for decades, but the museum collaboration came about after Honorary Curator Alastair Crombie spoke at the launch of her exhibition Hall and Beyond at the Kyeema Gallery last year. He suggested that Isla’s paintings could be placed in a historical context that fleshed out the stories of each house.

Ranging from the grandeur of Jeir Station, carved out in the earliest decades of European settlement, to soldier settler blocks owned by the Kilby family, the paintings depict a world not so much lost as hidden beneath layers of later development.

After the Limestone Plains were discovered in the 1820s, the first squatters assembled substantial runs before the Robertson Land Act made smaller settlement possible in the 1860s. There were yet more divisions following the First World War when Soldier Settlements broke up larger landholdings. The exhibition uses land transfers as a linking thread between the homestead and family stories.

Isla says that she approached the paintings with a mixture of observation and historical adaptation. “Some of the homesteads are still standing, some have been restored and changed and some have been demolished,” she says. 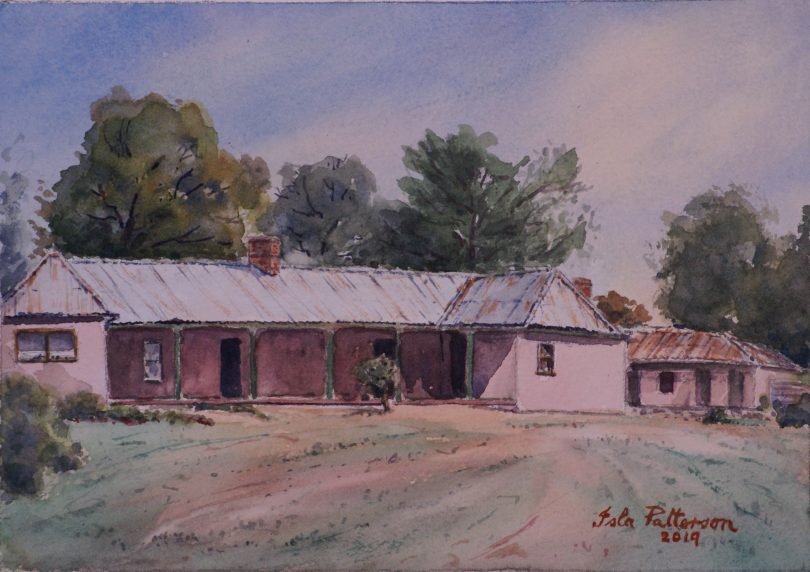 “I painted on site but I also used old photographs from the museum collection. One of the gardens now has a smart picket fence, for example, but I’ve used the older fence from photographs. Another slab hut had a tree in front of it which I’ve removed. That’s artistic licence!”

Many of the names will be familiar to longtime locals: there are Southwells and Kilbys, and the Johnsons of Jeir who received their land from Governor Brisbane in 1825 in recognition of service to the early colony. Among the historical artefacts, there’s a door latch from Jeir that researchers believe may have been used to lock assigned convicts inside their quarters.

“The Jeir Station homestead was built by convicts,” Isla explains. “It was a stop for the Cobb & Co stagecoaches and there was a post office there, too. I imagined coaches pulling up and the ladies in their long gowns getting out for a ball.”

The final stage in the story of settlement comes when the Kilby brothers returned home from the First World War to take up Homeleigh and Lochleigh. The adjoining properties shared a shearing shed, which Patterson has also depicted and family members still live at Lochleigh. 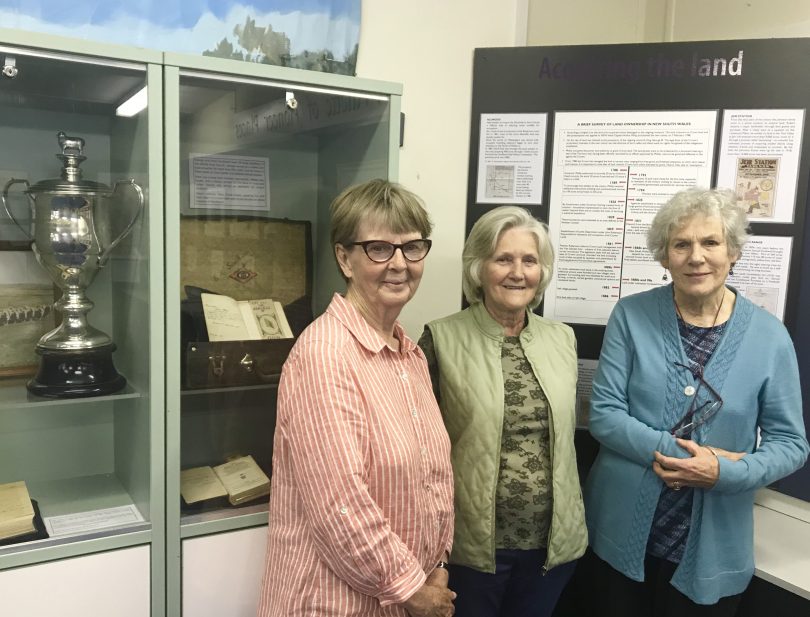 In addition to the paintings, five local researchers have worked to assemble personal stories from the homesteads. “We have original property signs, a shepherd’s crook that we think is very old, and a cup the Kilby brothers won for their wool just 10 years after they came back to these farms,” says deputy honorary curator Mardie Troth.

The folders of history tell more personal stories and there’s a continuous loop of photos of the old homes, the people who lived in them and other aspects of the homesteads’ past. Parish and portion maps show how properties grew and changed over a century, including the land divisions for Hall village itself.

As with all the Hall Museum exhibitions, this has been a labour of love.

“It’s a way of giving back for us,” says Mardie. “We are all very committed to sharing our history with younger generations. The research is a challenge, and we use the exhibitions to reach out to different parts of the community.”

A Palette of Pioneer Places will open officially on Sunday, 6 October at 2:00 pm. The exhibition continues until the end of the year at the Hall School Museum and Heritage Centre. 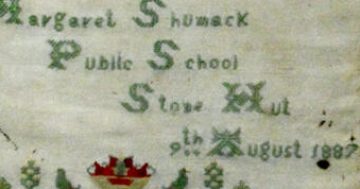