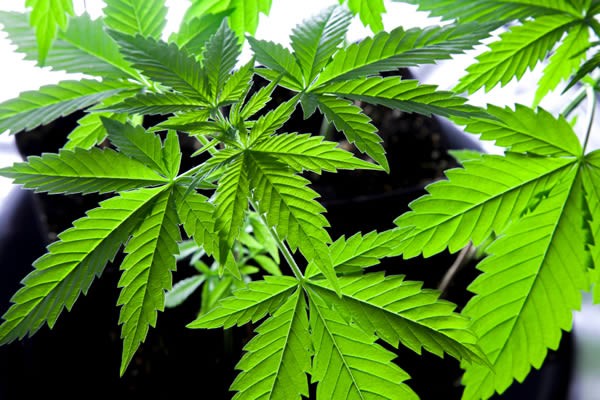 Canberrans consumed cannabis in record amounts last year but turned away from other drugs, the latest wastewater drug monitoring report has shown.

The latest report from the Australian Criminal Intelligence Commission (ACIC) collated wastewater samples collected in August and October last year. It covered around 57 per cent of the Australian population and noted in its conclusions that while COVID-19 lockdowns impacted drug usage and markets, the true effect of this is still difficult to measure.

ACIC recorded the presence of drugs such as methylamphetamine, amphetamine, cocaine, MDMA, MDA, heroin, cannabis, oxycodone, fentanyl, nicotine, alcohol and ketamine in the wastewater at 58 sites across Australia, including one in the ACT.

According to its findings cannabis consumption in the ACT reached record levels, estimated at 4200 mg THC (the main psychoactive ingredient) per 1000 people a day, in October 2021.

Meanwhile, the ACT recorded a marked decline in the consumption of other narcotics year on year. A massive 54 per cent decrease in the presence of MDMA was reported between 2020 and 2021. Meanwhile, methylamphetamine levels also decreased by 24 per cent, cocaine by 19 per cent and heroin fell by 10 per cent.

The report estimates that Canberrans consumed around 93.2 kg of methylamphetamine last year, 91.9 kg of cocaine, 17.8 kg of MDMA and 15.3 kg of heroin.

But alcohol and nicotine remain consistently the highest consumed drugs in every state and territory around the country.

The possession of small amounts of cannabis has been decriminalised in the ACT.

The laws, which came into effect in early 2020, made it legal for Canberrans over the age of 18 to possess up to 50 grams of dried cannabis, 150 grams of fresh cannabis and cultivate two plants.

An ACT Policing spokesperson said it is “reasonable to assume the removal of simple cannabis infringement notices for most cannabis possession incidents and the allowance of personal growing of cannabis plants has influenced cannabis consumption in the ACT”.

Instead, they said Canberrans’ drug use fluctuates as a result of a number of factors including availability and supply issues coupled with the Territory’s relative wealth and legislative settings.

Furthermore, ACT Policing said it’s difficult to know whether the COVID-19 lockdown in the latter half of 2021 led to a reduction in the use of cocaine and MDMA among other drugs.

“Without further research with drug users, definite conclusions are hard to reach,” the spokesperson said.

However they did note that international trade and travel slowed in 2021 as a result of COVID-19 restrictions, which impacted drug importation, reducing the availability of a range of illicit drugs.

They also noted the Australian Federal Police-led Operation Ironside – which began in 2018 and was made public in June 2021 – had a significant impact on the availability of drugs in Australia.

“With more than 3.7 t of illicit drugs seized and 340 offenders charged (up to December 2021) Operation Ironside dealt a huge blow to organised crime networks in Australia and across the globe,” the spokesperson said.

Labor backbencher Michael Pettersson, who put forward the cannabis bill in 2019, is currently pursuing drug law reform that would remove criminal sanctions for possession of small amounts of certain drugs such as cocaine, heroin, acid and MDMA.

That bill will be debated by the ACT Legislative Assembly later this year and would be the first of its kind in the country.

It has already attracted staunch opposition from its critics, with the Australian Federal Police Commissioner saying it could lead to the ACT becoming a target for organised crime.

ACT Policing said last year that while they supported the principle of Mr Pettersson’s bill, they held concerns about the proposed threshold limits for some of the drugs and said further clarification was needed.