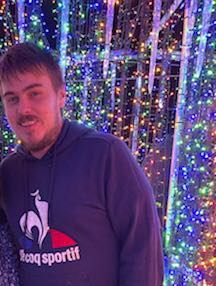 UPDATED 1:45 pm, 24 December: Andrew Kinsman has been located safe and well. ACT Policing has thanked the public for their assistance.

Andrew has not been seen since 10:00 am yesterday (23 December) in Holt. He was reported as missing at about 9:30 pm last night.

He is described as being of Caucasian in appearance, about 180 cm (5’11”) tall, with short brown hair, and of solid build. Andrew was last seen wearing dark red long shorts and a navy blue t-shirt.

Police and family hold concerns for Andrew’s welfare and are requesting the public’s assistance in locating him.

Anyone who may have any information that could assist police in locating Andrew is urged to contact ACT Policing Operations on 131 444. Quote reference number 6700800.