Head to the Hilltops, it's cherry season! 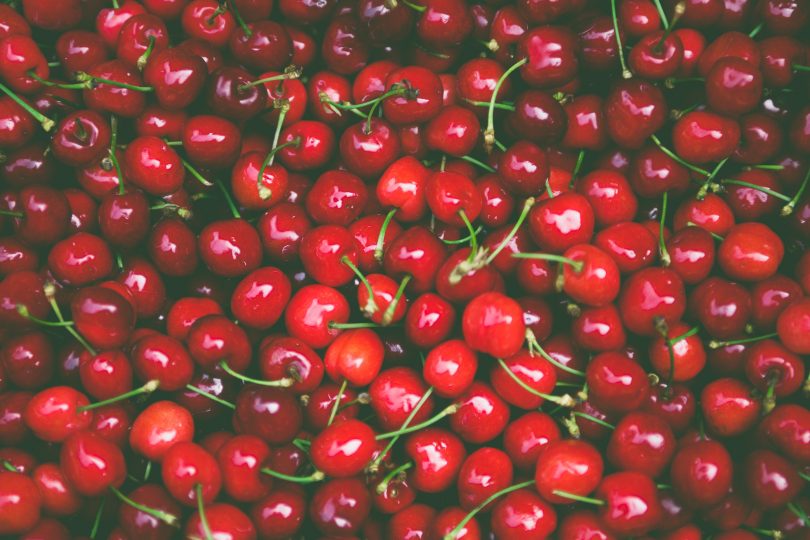 In the Hilltops region, locals know that several things denote the start to cherry harvest.

One is erratically parked cars.

Another is hordes of disorientated people wandering the streets.

And best of all is the proliferation of everything cherry in the town. 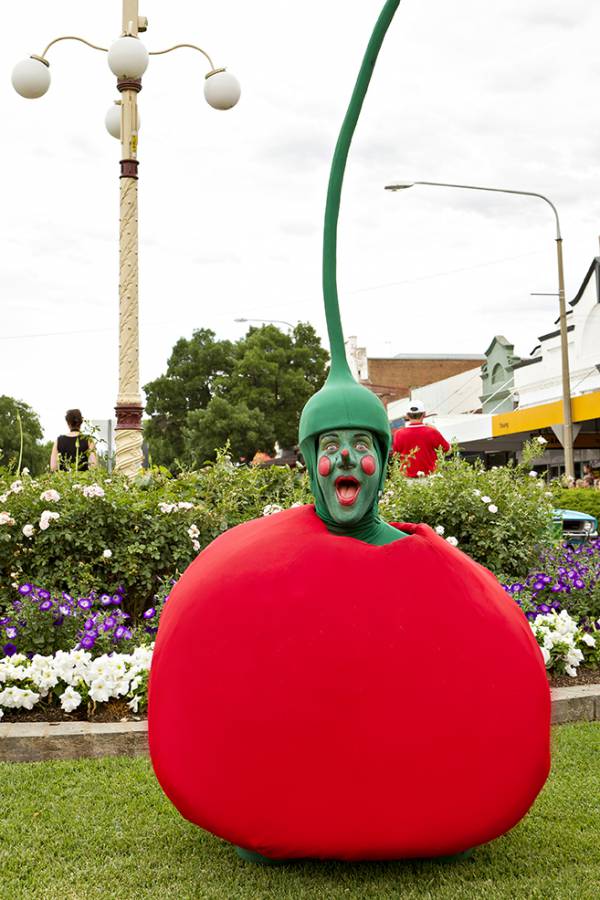 Pip the Cherry pops up at the Young Cherry Festival each year. Photo: Young Visitors Centre.

Welcome to Young, the self-proclaimed capital of cherries which, at its heart, sports a BIG cherry as testament to the cheery, loving people of the town.

Cherries out here go back as far as Young was known as a town that was wilder than the wild west.

Back in the 1860s, when the town was all calico and slab huts filled with gold prospectors, a Croatian man by the name of Nicole Jasprizza threw away his pan and took up gardening tools to feed the hungry hordes.

It was a smart move because Jasprizza hit paydirt. His green thumb proved to be his golden touch and his horticultural enterprise rapidly fattened.

By 1893, he had 7000 fruiting trees on his land and despite his untimely death by shooting at McHenry’s Creek in 1901, those cherries survived through riots, bushrangers, town expansion, grafting, drought, rainfall, dust storms, snow, infestation, frost and whatever else almost 130 years threw at it.

And right beside the trees was his family, which the town still counts among its own today.

The cherry has evolved, and for that we also need to thank Nicole Jasprizza. His diligent use of grafting techniques resulted in a range of viable tree stock that has only been enhanced by technology and research.

The cherry today is a masterpiece of pure red perfection.

But the beauty of the cherry doesn’t just lie in that one mouthful of luscious, sweet, juicy crunch.

It’s in its bounty and brevity.

From late October to Christmas, the brevity of season makes it as rare and attractive as a purple copper butterfly as swarms of people gather at orchards to avail themselves of boxes and buckets of fruit in those few short months.

It’s as summer as the cicada – families and couples stepping through the trees in thongs, dresses and shorts, squealing and laughter ringing across the hilltops as if someone has taken a hose to them by surprise.

Locals are more constrained about the cherry, but rest assured there will be a box in the fridge for all to dip into for the old tradition of a feast and seed spit to the point of an occasional tummy ache. 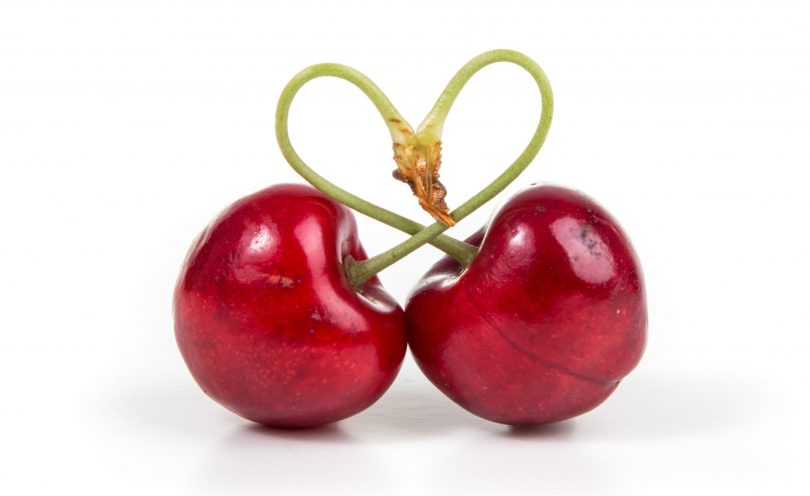 Hordes of visitors descend on Young during cherry season, driving away with carloads of fruit-filled bags and boxes. Photo: Supplied.

Beyond that is the cherry’s export value. Currently 30 per cent of Australian cherries are exported to more than 30 Asian market destinations such as China, Hong Kong, Singapore and Taiwan.

Emerging and potential export markets include the US and Middle East.

The festival of the cherry is happening in Young right now and while COVID-19 restrictions have cancelled the official Young Cherry Festival in December, this year’s falls of rain at just the right time have resulted in a phenomenal crop of the fruit.

Pick your own. Pick a box. Oh, I’ll have a box of pies. Wait, is that cherry sauce? Oh, let’s try the ice cream.

The abundant experiences await those with a sense of adventure.

The best place to start is to visit the Hilltops Region website where you can plan your trip. You can also drop into Young Visitor Information Centre at the old railway station, contact 1800 628 233 or email vic@hilltops.nsw.gov.au.

Courtney Preo yum!!! This would be insanely fun

Emily Chisholm ready when you are!!

Sandra Hung should we go?

Mathew can we go?

Scott Chambers Yeah I wanted to go last year remember! It’s cancelled this year due to COVID so you can take me next year 😁

Anastacia weren’t we only talking about this last night?!!

Kate I need some. They look so yummy.

Stephi Fereday can we go please