Helicopters bring in the last pieces of the Centenary Trail 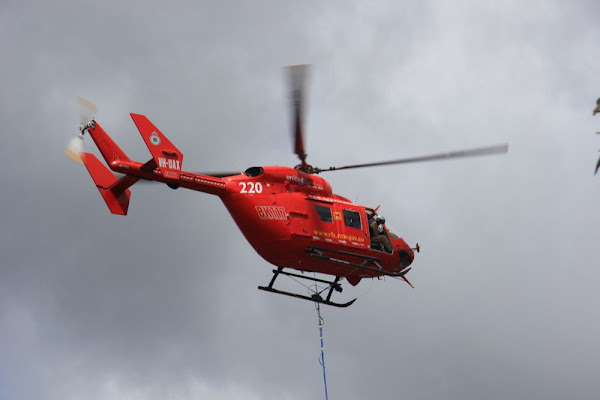 I’m looking forward immensely to taking a week off to walk the Centenary Trail.

Mayor Rattenbury is giving notice that a helicopter is bringing in two bridges to complete the work:

“The two bridges will be lifted into place on the new section of trail along the Murrumbidgee River,” Mr Rattenbury said. “This new section of trail improves the existing Discovery Trail alignment and will create a more sustainable recreation track from Kambah Pool to the Tuggeranong Town Centre.

“Local company, Makin Trax, which specialises in trail construction in environmentally sensitive areas, has been working since May 2013 to construct 18 kilometres of new trail and upgrade sections of existing trail at various locations around Canberra.

“These locations include a link between Forde and Hall Village following the ACT/NSW border in northern Canberra, the Federal Highway road reserve and Cooleman Ridge.”

Mr Rattenbury said that a special community event will be held to mark the opening of the trail. The ‘Try the Trail Day’ will involve guided walks at a number of hubs on the trail alignment.

“The Centenary Trail project is going to be one of the great legacies of Canberra’s centenary year and is sure to prove popular for locals and visitors alike. The Trail will showcase some of Canberra’s most iconic destinations, while also revealing some less-frequented, beautiful parts of Canberra.

“The Trail will take an estimated three days to ride and seven days to walk, or alternatively people can just do sections of it.

“The Centenary Trail will also include a campsite, located on the northern ACT/NSW border near Oak Hill, and will provide facilities for overnight camping for walkers and cyclists completing the northern section of the trail.

“The campsite will include shaded picnic tables, a pit toilet and rain water tank, shade structure for protection from the weather and bike racks. The site will also have plenty of grassy areas suitable for pitching a tent.” 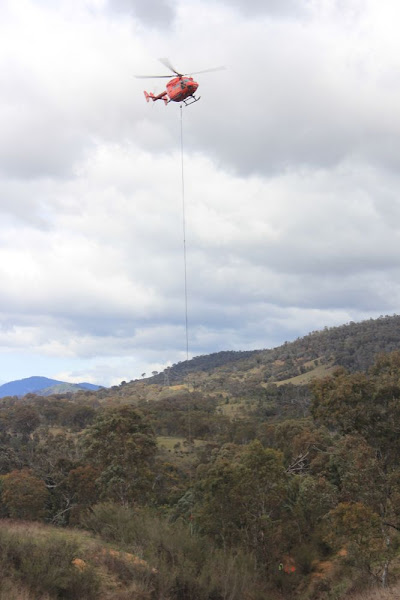 145kms of trail, which is well signposted in some places and not in others.

The Gungahlin Loop is worth the effort for the views off Oak Hill and One Tree Hill alone.

Anyone done this track yet?

How well signposted is it? If I were to take my mountain bike and no map, could I do a circuit without getting lost?

I thought it was Urban Landscaping that was in trouble

Tom Adam - 1 hour ago
Jorge, yes I was basing my comments on the current claim. View
Jorge Gatica - 1 hour ago
Tom Adam it not 100% renewable just 5% View
Ray Young - 2 hours ago
So Translation: Rego is being hiked!!! Nothing surprising about this announcement. View
Food & Wine 23

George Prasad - 2 hours ago
I think it more comes down to values than hiding your wealth from your kids. We're a close knit family that doesn't focus on... View
Karen Feng - 2 hours ago
Kasra Mn That is a good point. When my sister was much younger she was surrounded by friends that is more economically disadv... View
Karen Feng - 2 hours ago
Growing up me and my bro didn't have much. By our teen years our family was slightly well off and my mum likes to show off. M... View
Motoring 36

Chris Hart - 2 hours ago
Carol Ranft I’d say speed limits are a thing because most people are incapable of driving properly at slow speeds let alone... View
Carol Ranft - 13 hours ago
Michael Grinceri It would help if they advertised why a speed limit was chosen View
Ursula Gamal - 13 hours ago
👏👏👏👏👏👏finally!!!!!! View
Community 37

John Hamilton - 2 hours ago
The wear and tear on roads is nothing compared to the wear and tear that cars and trucks produce. So no, don't start taxing c... View
Stephen Esdaile - 15 hours ago
And how hard is it to cross the border to get a new set of shoes on the car? At least the fuel tax works because there's no p... View
Julie Macklin - 15 hours ago
Km per year should differentiate between (congested) city with alternative ways to travel, and (not congested) country, often... View
News 11

Ben Norris - 4 hours ago
Can we we move the Northbourne flats junkies out of molonglo to whitlam now please? We've had our turn of non stop burglary.... View
Patrick Harrington - 11 hours ago
I'm sure the residents of Wright and Coombs will love a shopping centre in Whitlam. If Whitlam can actually get a shopping ce... View
Property 5

Christine Hamilton - 11 hours ago
Ash Claire common sense should tell you this is correct. View
Community 12

Daniel Duncan - 13 hours ago
Clinton good luck with that. View
John Sykes - 14 hours ago
Peter Major that would be an interesting outcome. Diesel rebates to mining and agriculture allow them to function against int... View
show more show less
*Results are based on activity within last 7 days

Negotiations over pay and conditions which could avert strike action are continuing between garbage collection company Suez and the drivers'...
Community 37

As COVID-stranded travellers continue to return home, Canberra is doing its bit by taking two planeloads of returnees this week....
Motoring 36

Chief Minister Andrew Barr comes back to work today after a post-election break and needs to clean a couple of...
News 53

@The_RiotACT @The_RiotACT
The ChooseCBR website issues have been fixed, but you may need to get in quick to access your discount vouchers before the $500,000 is exhausted https://t.co/NujCZ2Vrqp (1 hour ago)

@The_RiotACT @The_RiotACT
Handmade Canberra partners with GIVIT to make it easy to brighten up Christmas for bushfire-affected communities https://t.co/sDzQvLLrus (13 hours ago)