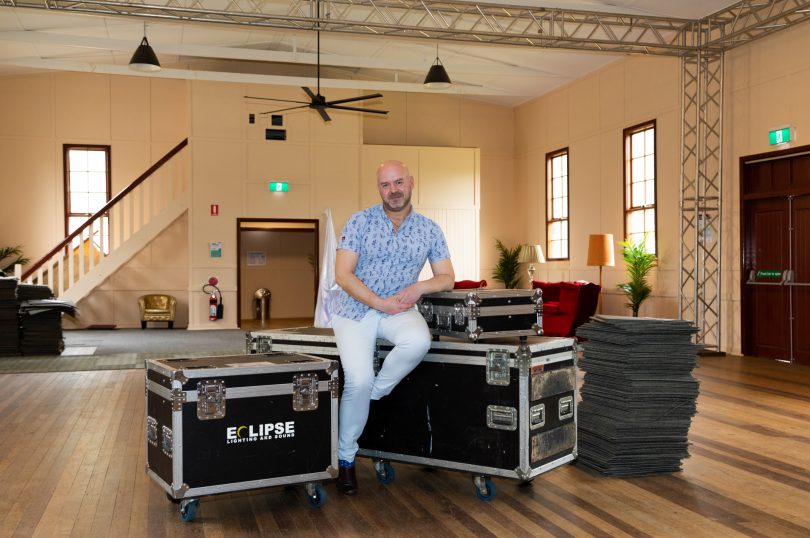 It was the first performance venue in the national capital and actors will again tread its historic boards as a new home to four companies that have joined forces to stage independent theatre in Canberra.

Hall manager Jarrad West from Everyman said the Hub was two years in the making. The hall had been recommended as a venue as it was hardly used.

“It’s an undiscovered treasure of Canberra because I don’t think many people know it exists,” he said. “It really is a historic and wonderful building.”

In September, the Hub’s pitch to government was taken to community consultation and attracted support from the inner south community.

Mr West said Arts Minister Tara Cheyne was also excited by the prospect of new life being breathed into the hall, which the government renovated in recent years.

Because it is a heritage building, the Hub is installing its own theatre space, including a temporary stage so it is contained within the shell of the hall.

“We’ll have curtains and lights, then put the seating in and it will turn into a multi-purpose, practical theatre venue,” Mr West said.

He said the hall should hold between 120 and 150 patrons for an intimate theatre experience, and the three-week seasons should allow for as much exposure as possible.

“We really want Canberra audiences to say what’s on at the Hub tonight,” Mr West said.

“We want it to be as busy as possible.” 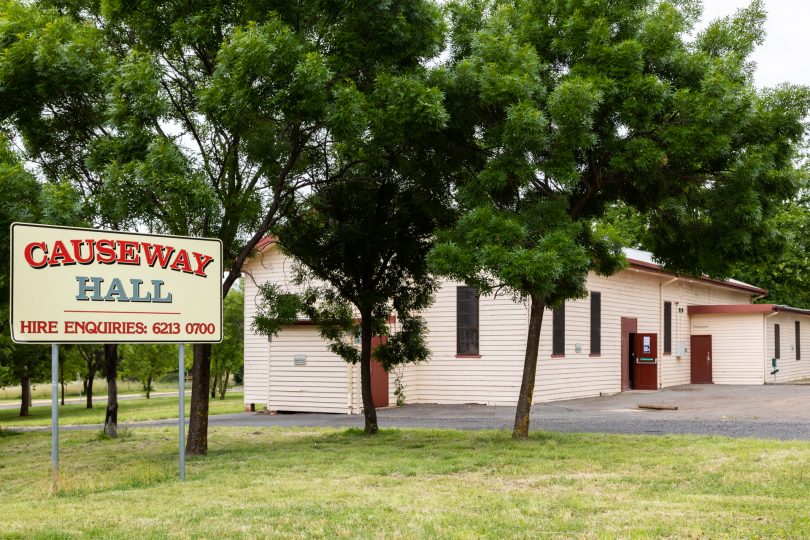 The Causeway Hall in Kingston will be a new theatre hub for Canberra.

Mr West said the full 2022 program would be launched on 17 December and include shows not usually seen in Canberra.

“We want to have a mix of old and new, Australian plays and stuff from around the world,” he said.

There would also be developing and emerging artist seasons as well throughout the year.

Mr West said the Hub member were all friends and colleagues and saw the value in joining forces and pooling resources to drive the concept.

Anne Somes from Free-Rain Theatre Company said the Hub aimed to build a thriving, growing entity which will offer work to the multi-skilled artists, creatives and production personnel who call Canberra home.

“ACT Hub will be a haven for theatre-goers; a pulsating venue to visit; the place to be,” she said

The hall, currently managed by the ACT Property Group, will be leased to the ACT Hub under an initial two-year agreement and will still be available for hire to the community.

Ms Cheyne said the proposal was an exciting and well thought out plan to use one of Canberra’s oldest, heritage-listed facilities.

“Causeway Hall is a much-loved community asset that – through the investment of its resident theatre companies – will be transformed within heritage requirements to a multi-functional performing space, with a semi-permanent stage, seating and lighting, enabling theatre companies to showcase their works within the heart of the Causeway precinct,” she said.

Ms Cheyne said the initiative went to the heart of some of the recently released Arts Statement of Ambition strategies, including the collaborative creation of art and developing artistic capacity and capability.

Consultation undertaken from June to October 2021 found strong support for ACT Hub to operate the hall, with many respondents looking forward to being involved with the performing arts activities that will be showcased in the heritage building.

keep the noise down am up sharp in the morning

Mandy Ryan this is next to where I went to preschool 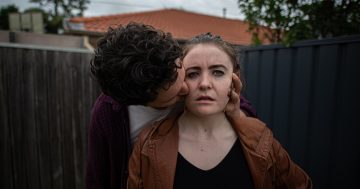