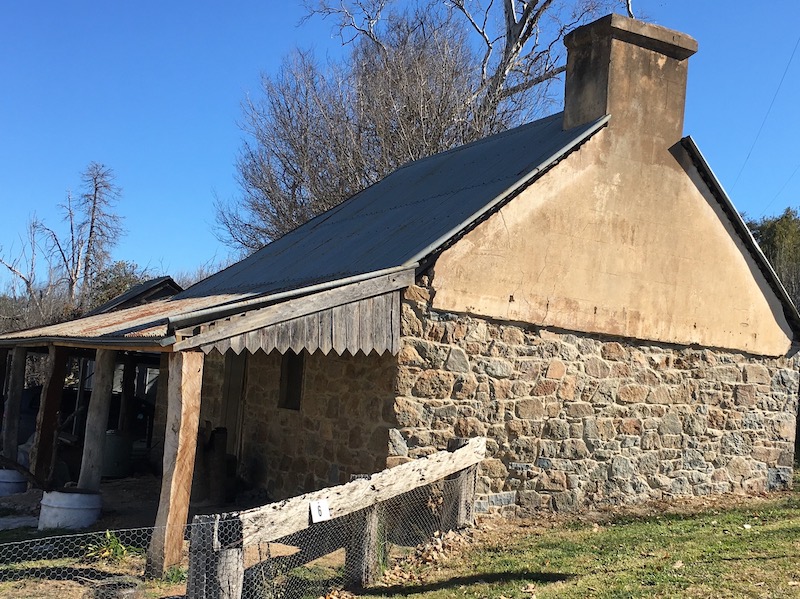 Growing numbers of tourists are traipsing through the village of Jugiong, 90-minutes’ drive from Canberra and conveniently situated just off the Hume Highway, for the food and the historic atmosphere.

Now, a family with deep local roots is delving further into their own past with the restoration of a historic bluestone cottage that goes back to the origins of European settlement in the area, with plans to create a small museum.

The Sheahan family has been part of Jugiong for generations after their Irish forebears left Country Kerry just before the potato famine. They brought out Irish stonemasons who grubbed an estimated 10 tonnes of stone from the hillside above Jugiong and crushed their own lime to construct the hotel, Catholic church and other stone buildings in the village.

Their museum could be filled 10 times over with the family’s history, which includes Billy and Terry Sheahan, the father and son NSW politicians who represented the electorate of Burrinjuck and were both Attorneys-General.

The cottage was originally built for John and Bridget Sheahan. Sent to manage the ‘Jugiong Run’ in about 1840, John later had a mail contract from Yass to Albury during the gold rush. After taking over the Jugiong Tavern, John rescued scores of people from floodwaters with a rowboat in 1852 as his tavern was swept down the river.

The family established their new tavern, ‘The Sir George’, above floodwaters and added extensive stables. Refusing convict labour, they instead brought stonemasons out from Ireland on wages, and they remained in Australia.

Queanbeyan stonemason Joe Leahy, whose uncle Jim Sheahan, 94, lived in the cottage until recently moving to Cootamundra, is working with Jim’s daughter-in-law Kathy and daughter Carmel Brodie who have pulled down a horsehair ceiling in the two-room former family home. 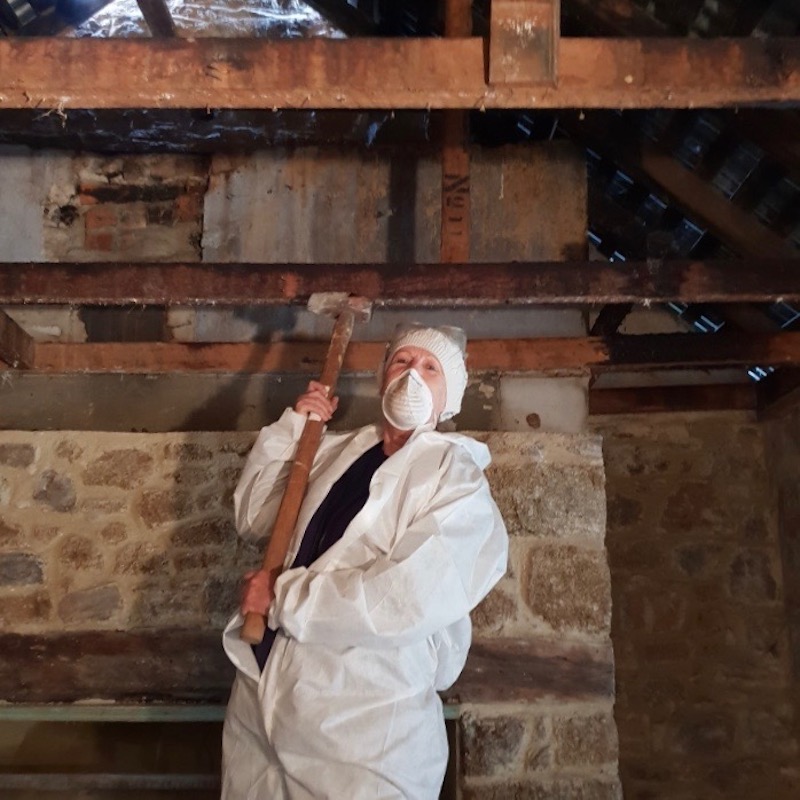 “There was more than 100 years of possum, rat and mice litter and dust in the ceiling,” Kathy says. “It has window frames, but no glass, a lovely old door and a weighted, cotton reel thing that rolls back up the wall to close it. There are amazing little pieces,” she says.

“Jugiong is brilliant,” Kathy says. “Huw and Juliet Robb at the Long Track Pantry, Kim Gamble and Liz Prater at the Sir George, and Jen Sturrock and Mark Milner at the motel, all of it [the growth] is fabulous. And The Quirky Crow, a lovely pottery and gallery [in the old Ampol petrol station], there are a lot of little things springing up,” says Kathy, who previously was a long-serving administrator in the local Jugiong school.

“We have had countless people come up there and take photographs and have a look.” For many years the cottage was known as the butcher shop, and big scales, knives and hooks sat inside when the two women began their work.

Kathy says the district’s famous Osborne family distributed rations to people from the cottage. During the Depression people on the road came in for free meat, milk, butter and vegetables from the Sheahans.

Joe, who has repaired the cottage’s exterior and interior walls has noted that the fireplace features a river red gum lintel, slightly curved to form a low arch for added strength to bear the considerable weight of the masonry above. This technique was usually found in monasteries and castles in Ireland, reflecting the skills of tradespeople involved. The roof was originally made of shingles but is now corrugated iron.

Outside, a vineyard and cork trees were planted. One cork tree still stands in the church grounds behind the cottage.

The cottage was built to last: the high quality render inside is divided into lower and upper. The lower part is finished as stucco lustro which includes egg white to produce a smooth, almost polished finish ideal for wiping down blood and other liquid spatter. The upper half is a matt finish white plaster. Deterioration happened in later stages.

Over the years, salting meat, combined with the installation of a concrete floor, resulted in salt rising through the stonework, along with rising damp.

“This has loosened the lime mortar in the lower courses allowing vermin, including rats, to burrow and even remove small stones. Suckers from the thicket of trees on the western side have grown under the building and into the wall voids created by vermin, beginning upheaval of walls,” he said.

Therese Harris no doubt about some people!! You will enjoy this article.

McGoogan Guy – I wonder if they are still letting people look inside or if we have to wait for the restoration to be finished. I’d love to see the transformation xo

Amanda Fisher we can go for a drive and look xo

That’s great news! I have been to Jugiong a number of times as Bridget (Goodwin) Sheahan was my 3rd Great Aunt & I feel a great affiliation with Jugiong. I met a number of Sheahans there on on of my visits including Barry Sheahan & his wife. I have been researching the Goodwin/Sheahan family in Australia for a long time & I am currently writing a history of them since they left Ireland and settled in Australia.

Gail Bridgeman sounds pretty amazing! Good luck with the research – who knows maybe you’ll publish an article or novel on your experience and findings 👍🏻 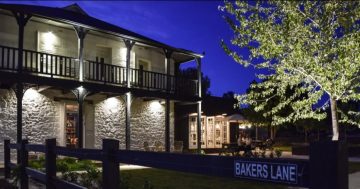