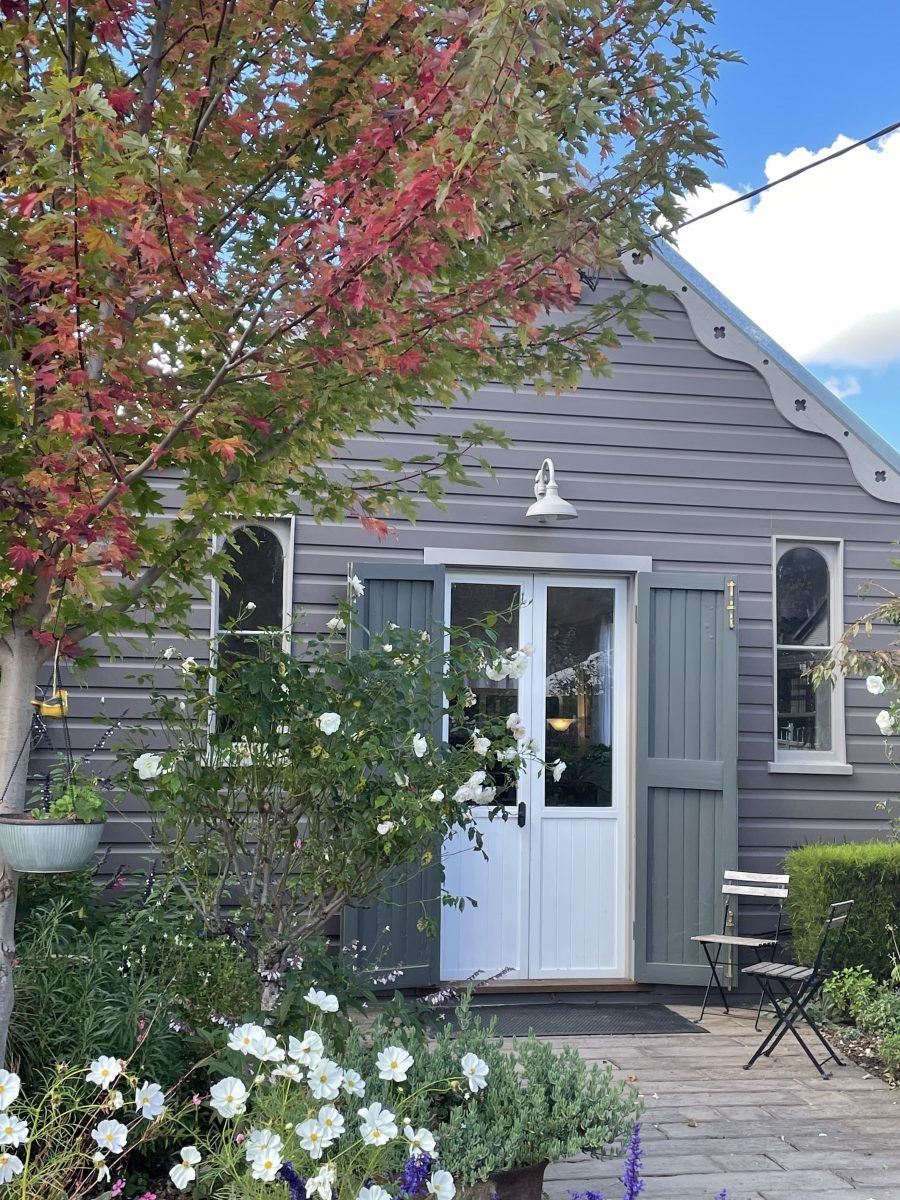 The former Yass Temperance Hall is the stunning home of Myrna and David Ellery at Murrumbateman. Photo: Sally Hopman.

Myrna and David Ellery see themselves as custodians of the many houses they’ve bought, restored and sold over the years. There have been houses across the country for banker Myrna and journalist David, but there’s been one that has really become a “home”.

It’s a house in Murrumbateman which, ironically, used to live in Yass.

The Yass Temperance Hall, built in 1886, was moved to Murrumbateman in 1993 by local woman Virginia Rawling, who wanted to set it up as an antique shop in the village.

Local records have it that the Temperance Hall lived the most diverse of lives. It was, at various times, not just a place where people didn’t drink alcohol, but a dance school, the home of the Salvation Army and base for the Yass Repertory Society until it was condemned as a public hall in 1990.

READ ALSO Can Bridgerton teach the pollies how to woo us this election season?

Because the building’s poor condition put it under serious threat of demolition in 1993 – and because the council wanted the site to become a car park – Ms Rawling bought the building. Carefully jacked up from its rotten red box stumps, it was driven down the Barton Highway to its new home in Rose Street, Murrumbateman.

Heritage architect John Ames, from local firm Cec Hunter & Sons, had the job of restoring the building, with as much original material used as possible. From 1994 to 2004, it traded on the site as the Murrumbateman Country Emporium. 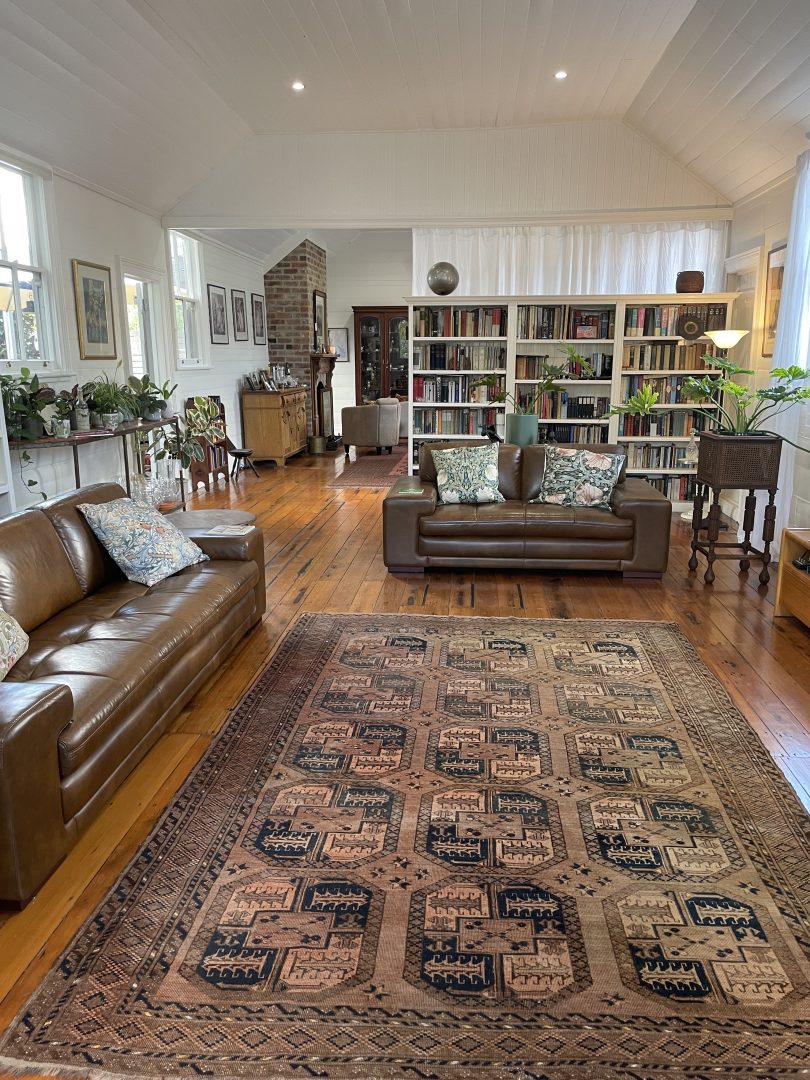 “We were living in Tamworth and David had just been offered a position at The Canberra Times,” Myrna said. “So we needed to find a house. We wanted to live in NSW, so we looked in Queanbeyan and Murrumbateman for houses.

“When we saw this place it was quite derelict. It had been used as a store but not a home. There was no insulation, no heating, no bedroom – but we fell in love with it at first sight. We knew it would be something we could restore back to life.”

The couple bought it within a week of seeing it.

They moved into what was actually still a hall, living there for two years before starting serious restoration work.

“We had one bed which only just fit in,” Myrna recalled. “There was a basic cooking station with a sink. It was freezing in winter, we had lots of fan heaters everywhere.”

They began restoration work in 2014. For them both, making the hall into a home was a painstaking process. Finding everything from the right doorknobs to the appropriate hanging ceiling lights, paint colours and furniture, took priority. 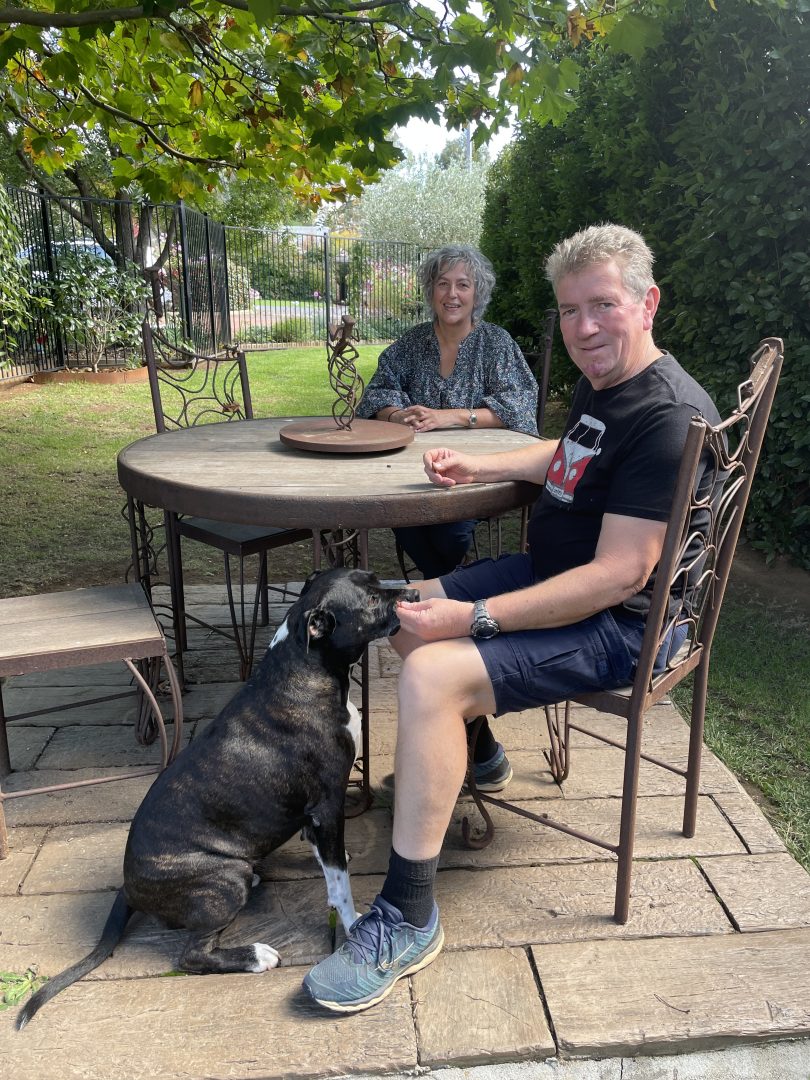 Myrna and David Ellery with their dog Zeus in the garden of their Murrumbateman home – the former Yass Temperance Hall. Photo: Sally Hopman.

But they were halfway there. Myrna, whose family came from Holland, had a number of antique pieces left to her, including a 200-year-old Persian rug that they have since lain in the lounge room – a rug that looks like it has always lived there.

“It needs to be used,” Myrna said. “You can’t keep something like this stored away.”

Other pieces of furniture from her family, and from antique stores she has ferreted out over the years, all fit in the hall.

The couple also enlarged the home to give them some more living, sleeping and outdoor space, but everything they’ve done, from the tapestry fire screen in front of the hall’s original fireplace, to the tiny ticket office at the front of the house – which David uses as his office – has been kept as authentic as possible.

For Myrna and David, it’s all about the provenance. If you live in a building that oozes history, you furnish it appropriately. From their walls of books – mainly David’s – to the little seating nooks everywhere for avid gardener Myrna – “for me to sit down and think about things when I’m out in the garden”, it all works.

The hall was originally painted a deep Indian red, but Myrna said it didn’t work for them so they repainted it about two years ago to an earthy grey colour complete with a green front door.

“I wanted it to be like a gum tree,” she said. “I wanted the house to be in earthy colours so it would blend in with the garden.”

Myrna, who has spent the past 40 years working in the banking industry, is growing her passion for gardening into a small business, Ellery Botanicals, making sustainable floral arrangements.

The Murrumbateman garden is dotted with colour, native and exotic trees, little havens to sit and contemplate the meaning of life.

“We both like to be in tune with where we live,” Myrna said. “It has to have restorative properties, so you feel like you exhale when you walk around.”

Thanks Judith. We love our beautiful village and our wonderful community ❤️

The current owners have undertaken a beautiful restoration of this historic building – I have to stop and view the “cottage” and gardens that easily slip into the soul of the village and look like they have been there forever.

It is a beautiful home. 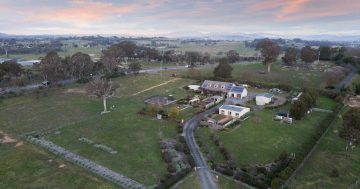 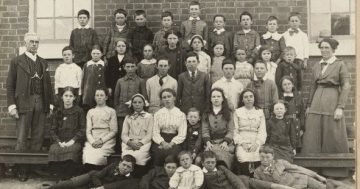 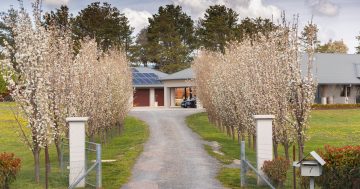 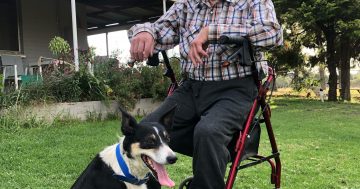 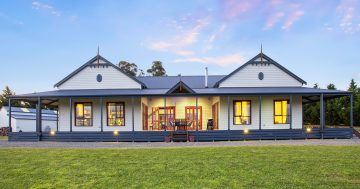