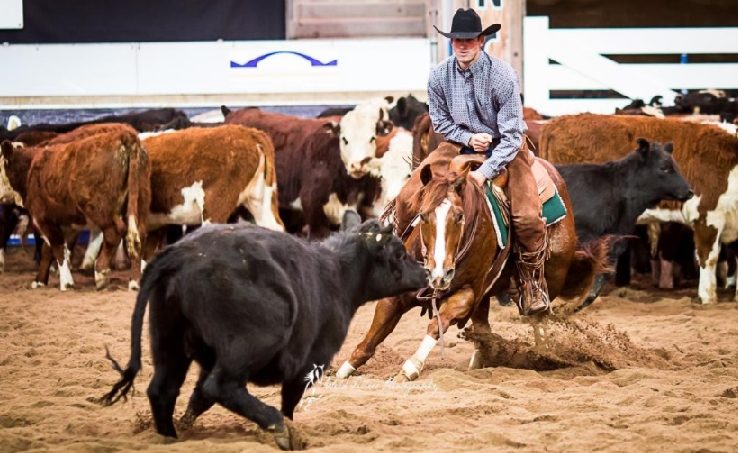 Fans of hit television series Yellowstone may have hearts in their eyes for characters John, Kayce and Beth Dutton, and Rip might send ripples billowing down your back, but one aspect of the show this season is slightly mystifying.

Viewers will know it’s all about the horses for John Dutton, played by actor Kevin Costner, and with that comes a lot of fine bloodstock swirls, twists, turns and gallops around the many arenas.

You’ve met horse trader Travis Wheatley – who isn’t new to the series because in real life Travis is Yellowstone co–creator, writer, producer, director and cowboy Taylor Sheridan – and his cutting and reining, which are as cowboy as a ranch, bandanas, chaps and vaqueros.

Reining is often referred to as a Western type of dressage, where the rider guides the horse through a precise pattern of circles, spins, and stops at the lope – a slow, relaxed version of the canter – and gallop. 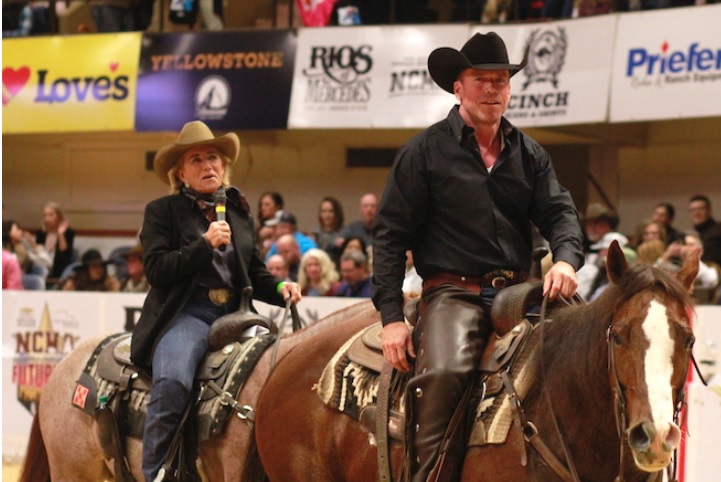 Aside from acting, directing and screenwriting, Taylor Sheridan, from Yellowstone, breeds quarter horses and competes on the US reining circuit. He was inducted into the US Cowboy Hall of Fame earlier this year. Photo: Molly Montag.

Cutting is hands-on cowboy work still used during roundups, where highly skilled individual riders separate cattle from the herd on specially trained ‘cutting’ horses that are trained to follow the movements of cattle, and are capable of stopping and turning faster than other horses.

So highly prized is the skill it became competitive, with the first contest dating back to 1898 in Haskell, Texas.

In this capacity, the horse and rider work together before a judge or panel of judges to demonstrate the horse’s athleticism and ability to cut or separate two or three individual cows from a herd in two and a half minutes.

Once split from the other cattle, the selected beast is worked by the horse, its rider setting his or her hand on the horse’s neck and only using his or her feet to assist the horse in its job.

Today in 22 cutting nationals worldwide, around $42 million is paid out annually as prize money, the majority being in Australia and the US.

Stallions are valued in the millions, while the breeding and selling of cutting horses is a multimillion dollar industry within itself.

In Australia, nearly $2 million in prize money is paid out across around 170 National Cutting Horse Association (NCHA) affiliated shows every year, with more than $700,000 paid out at the NCHA’s Futurity event each June, which is the richest indoor performance horse event in the southern hemisphere. It is now in its 50th year.

West of Young, NSW, one rider has won both Australian and world titles in a career that is still taking off. 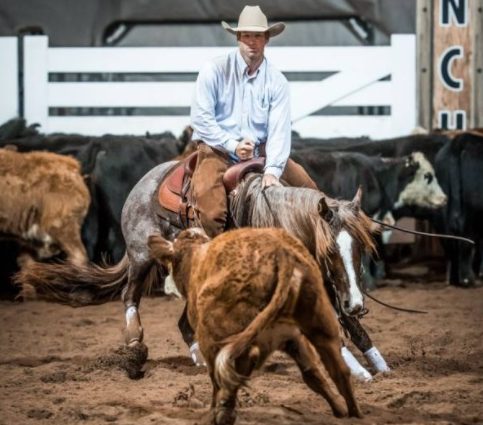 Trent Smith and his siblings grew up on horses. His parents, Ken and Sue Smith, were recognised breeders of high-quality standardbred horses. As a kid, he could be seen fearlessly galloping on horseback around the hilly, rocky countryside of Tubbul alongside a lad by the name of Kieran Davidson, who has gone on to forge his name in the annals of the Man From Snowy River Challenge.

Trent took a different path into the sport of cutting after his parents bought a two-year-old cutting-bred mare for him to use campdrafting.

“She showed a lot of potential so I decided to train her for the Snaffle Bit Futurity in 2008,” he says.

“We made the finals and then I was hooked. I had only been cutting for 12 months.

“Up until then I was self-taught. I would watch videos and other professional trainers.”

Trent packed his bags and headed to the US to get more experience, working, training, living and showing throughout the country for three years, an experience capped by taking out the $2000 NCHA Limited Rider World Championship in 2012.

Moving back Down Under, Trent faced a new challenge as a professional cutting horse trainer.

“It was daunting as the industry is much smaller in Australia and nobody really knew me here so I just started breaking and training horses and went to shows and competed,” he says. “The word soon spread.”

A typical day for him involves up to 12 hours in the saddle. Summer days start at 3 am to beat the heat in a relentless program that involves training up to 30 horses at various levels.

It’s a vocation John Dutton hopes will save his ranch in Yellowstone. For Trent, it’s his life’s work.

“The aim is always to train a cutting horse that is completely cow smart,” he says.

“I get to wake up every day and do what I love: riding horses and working cows. It’s my passion.”

Chris Kugler that explains it!

The most spectacular thing to watch!

Fiona Lovegrove I'm hooked on Yellowstone, have learned a lot about cowboys and riding. Plus Kevin Costner 😋

Fiona Lovegrove some of the best rodeo riders in the world on it.

Susan where are you watching it?

Jocelyn Martin - 41 minutes ago
Unless you can get past our need to make everything look like the inside of Woolworths it will never be like a market in Euro... View
Opinion 97

@the_riotact @The_RiotACT
. @GreenCaffeen is already here in the ACT, but now you can use your environmentally friendly #cup in Queanbeyan, Bungendore, Braidwood and beyond https://t.co/oomlltUS5r (36 minutes ago)