Hit the floor together at Canberra Theatre Centre

Hit the floor together is a dance project created by a collection of over 30 indigenous and non-indigenous young Canberrans, along with many interstate dancers that looks, quite frankly, pretty awesome.

It will be hitting the Canberra theatre Centre on the 31st of July and you should probably check it out.

These young people are determining the future, with an understanding of the present. Evoking their hopes and dreams, despite their differences in culture, geography and understanding. This show will move your heart and mind.

We’ve also received an interview from local lady of the multimedia arts Sarah Kaur, where she discusses the project with Reuben Ingall (AKA: Dead DJ Joke).

We’re not usually in the habit of posting interviews here on the RiotACT, but this project sounds cool, and these people are rad so I’m gonna post it anyways.

Try and stop me.

Reuben Ingall aka DJ Dead Joke, is a composer, DJ and performer in Canberra’s experimental music scene. Often he creates his own digital patches, instruments or listening devices and invites people to hear and listen to music in unexpected and wildly mediated ways. This year, he is collaborating with choreographer Dean Cross to compose and perform the soundtrack for “Bloom”, one of the 3 sections in QL2’s upcoming dance performance “Hit the floor together”.

set from Reuben Ingall on Vimeo.

While at college, Reuben performed in Narrabundah College’s DanceFest entry, and volunteered some of his own music for the show and soon became responsible for cutting the soundtrack. This kicked off an interest in composing for dance, building on his experiences as dancer in QL2 Dance (the the Choreographic Centre) male-only project, “Industrial Hardware”.

Reuben has previously made a few pieces for works by QL2 Dance, and choreographer Cadi McCarthy and Company. In 2011, he collaborated with independent dance artist Adelina Larsson and together they created some performances that were like movement improvisations within interactive sound-installations. He continues this line of collaborative composition in “Hit the floor together”, playing live on stage alongside the dancers.

Reuben will be playing live parts on a guitar, heavily processed with effects, on top of a sparse backing track made up of sine-wave tones, field recordings of cars, frogs and waves, as well as the crackle and hiss of old sound recordings from the audio archive of the Australian Institute of Aboriginal and Torres Strait Islander Studies.

His composition is for choreographer Dean Cross’s piece, ‘Bloom’. “Dean and I were in several of Quantum Leap’s projects together around ten years ago so when Ruth Osborne brought us together I was thrilled. It was not only great to catch up, but to work together on a piece with a new generation of young dancers, and give something back to the organisation that has provided us with so many great experiences. It feels wonderfully full-circle.”

Reuben Ingall was interviewed by Sarah Kaur. As well as seeing him at Hit the floor together, you can see Reuben performing at the Belconnen Arts Centre in November in “Pallesthesia”. Find out more at www.reubeningall.com 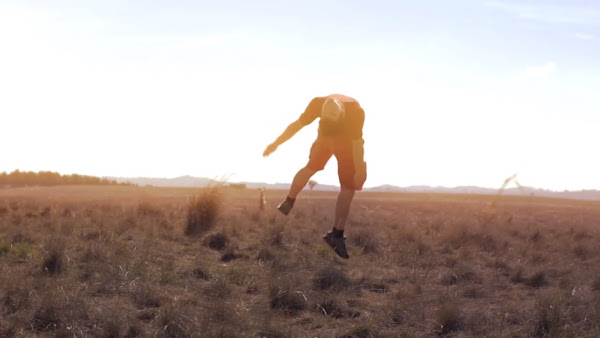 Caroline Loffler - 10 minutes ago
Darren Loffler lucky you got out when you did View
Allan Evans - 42 minutes ago
Tim Primmer They are keeping their print and digital editions separate. If you are a long term paper subscriber you are not p... View
Tim Primmer - 2 hours ago
It was a ploy by the owner to shut it down.. Hope he has the money to pay out redundancy and long service leave.. View
News 2

Matt Sposito - 1 hour ago
Sending their guys interstate with buckets of junk...... Should have just sent personel amd found trucks for them. I believe... View
Mario Vozella - 2 hours ago
Disgraceful, cost cutting has caught up with governments now, this fire escalated very quickly that day, people madly trying... View
Sport 18

John Mair - 1 hour ago
I was there and celebrated that night. The VFL Pres. Allen Alyett declared that they would never have multi Rep teams again.... View
News 51

Lynn Stape - 2 hours ago
well this went from bad to worse and very quickly didnt it...four now, unless they have gotten another one in the last few ho... View
O L - 9 hours ago
I’d be more worried about the eight inbound commercial passenger flights arriving in Canberra today. Who is so important th... View
Angie Fearon - 11 hours ago
Steven citation requured. Also, what is the cost for every life lost? A family in mourning & an associated economic effect.... View
News 5

Lynn Stape - 2 hours ago
I am very pleased we chose not to live in the general area of this... good luck to those who live anywhere close to this. View
Trish Roberts - 3 hours ago
I thought this was refused?... View
Marea Fatseas - 9 hours ago
Ricky Toms it makes no sense to transfer all the waste currently going to Hume where it’s all set up for waste management a... View
News 1

It is reflective of just where the Canberra Liberals are on the election trail that it was Mark Parton's social...
News 44

The Canberra Liberals' Mark Parton has been kicked out of the ACT Legislative Assembly for refusing to remove a TikTok...
Community 35

@The_RiotACT @The_RiotACT
After a long shutdown, it seems likely that The Canberra Times' Fyshwick presses will be permanently closed as staff enter consultations with ACM management https://t.co/8ZWBfWKZJy (2 hours ago)