Home makeover contestants wanted to Decorate for a Difference 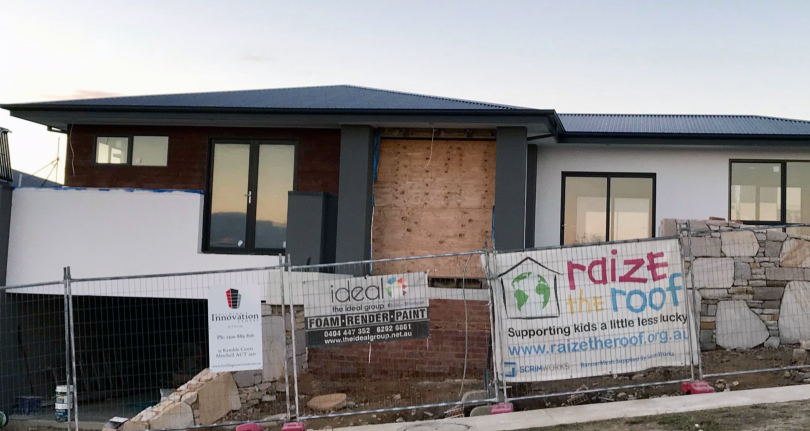 ‘Decorate for a Difference’ has been launched by Canberra-based children’s charity ‘Raize the roof’ to help raise money for children in need.

Hey Canberra! Do you have an eye for style? Want to show off your creativity and help kids a little less lucky? Then raize the roof’s new reality styling challenge ‘Decorate for a difference’ could be for you!

Applications are now open for this exciting new challenge, launched by Canberra-based children’s charity raize the roof to raise money for children in need.

Raize the roof co-founder Danielle Dal Cortivo says, “We’re thrilled to be raising money for the Starlight Children’s Foundation and SOS Children’s Villages in Botswana via donations and fundraising which have helped us build a charity house. We’re hoping Decorate for a Difference will help us reach our $1 million goal.”

Dal Cortivo says the competition is an exciting opportunity for local interior stylists, designers and Canberrans with a passion for style. It will see up to eight individuals (or four pairs) selected to go head-to-head on Saturday 18 August 2018 to decorate four zones of the three-bedroom charity house in Bonner so it’s ready for auction on Saturday 20 October 2018.

Finalists will have access to products and services from major supporter IKEA Canberra. They’ll get exclusive after-hours access to the store, support from the IKEA Canberra Interior Design team, promotional and exposure opportunities and the chance to win prizes. An army of IKEA co-workers will also be on hand to help the finalists assemble their chosen pieces on the day.

IKEA Canberra Store Manager Sean Howell said the IKEA team were excited to be a part of the Decorate for a Difference initiative.

“We are really looking forward to working with the raize the roof team, they are doing amazing work in our local community to support those less fortunate. We’re really humbled to be a part of this project, and look forward to putting our home furnishing expertise, co-worker energy and products towards a wonderful initiative.”

We’re LIVE from Raize the roof Charity House in Bonner with Danielle Dal Cortivo, Co-founder of Raize the Roof, and Sean Howell, Head of IKEA Canberra, and Jason Manuel R, Former Big Brother contestant and Canberra Realestate identity to launch the ‘Decorate for a difference’ design challenge and call for entries.

The competition will be broadcast live on social media as a reality show, and the Canberra community will be instrumental in the final styling choices and voting for their favourite zone.

Ex-Big Brother contestant and Canberra’s top auctioneer Jason Roses will host the competition, and local personalities including editor Gina Ciancio of Australia’s top interiors blog Style Curator has come on board as a judge.

The judges will select the winning individual or duo who will be crowned Canberra’s Top Stylist/s, while the public will choose their favourite team who will win a $1500 gift card from IKEA.

Voting is simple – every dollar donated is a vote towards your favourite zone. One lucky voter from the public will win a money-can’t-buy exclusive in-home consultation with IKEA Canberra and a $500 IKEA gift card.

Roses, who has supported raize the roof for many years, expects the competition will add thousands to the property’s value.

“I’m so excited to be part of Decorate for a Difference,” Roses said. “A well-styled home is so inviting for potential buyers and can add huge value to the selling price, especially in today’s competitive market.”

If Canberrans love what they see in the house, they can bid for the furniture and styled items in each room, generously donated by IKEA Canberra with all proceeds going to the Charity House project.

Half the proceeds from the auction of the Charity House will be donated to the Starlight Children’s Foundation to support children with serious illness and their families living in the Canberra region. The other half will go towards supporting SOS Children’s Villages to develop self-sustainable projects, which support orphaned children in Botswana.

Grab a friend, or apply on your own. Individuals and pairs are invited to submit a video on why they’d like to be part of the competition.

Heidi Kark - 26 minutes ago
Simon Trommestad I believe your example to be logically consistent with what I’ve said above- In that the death would still... View
Jonny Ivan - 3 hours ago
write this year off View
Joanne Mitchell - 5 hours ago
David Warwick and why did they remove the mask mandate two weeks before the first case while Sydney’s numbers were still cl... View
News 47