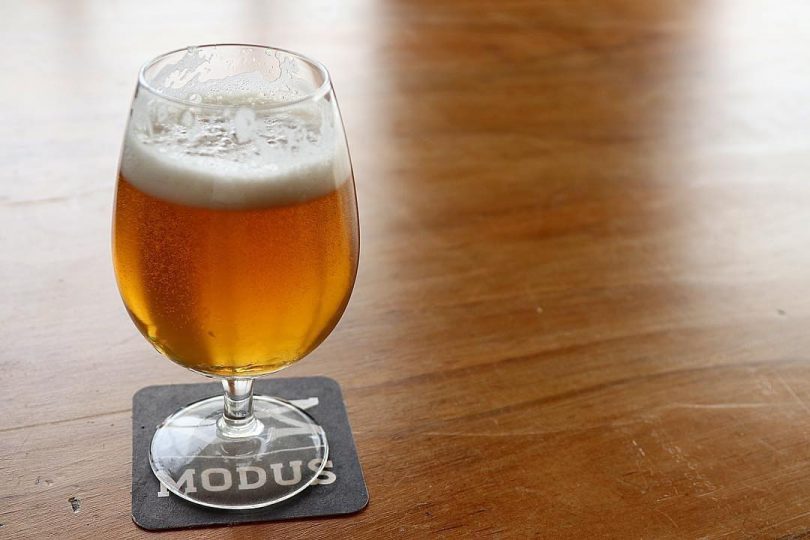 If you love beer – good beer, that is – you’ve tasted Ryefield Hops.

Established in 2017 and run by sisters Karen Taylor and Jade McManus, along with Karen’s husband Morgan Taylor, this fledgling business has been badly hit by drought and fire this season, and they’ve recently confirmed that despite investing heavily in expansion last year, they will have no crop this year. 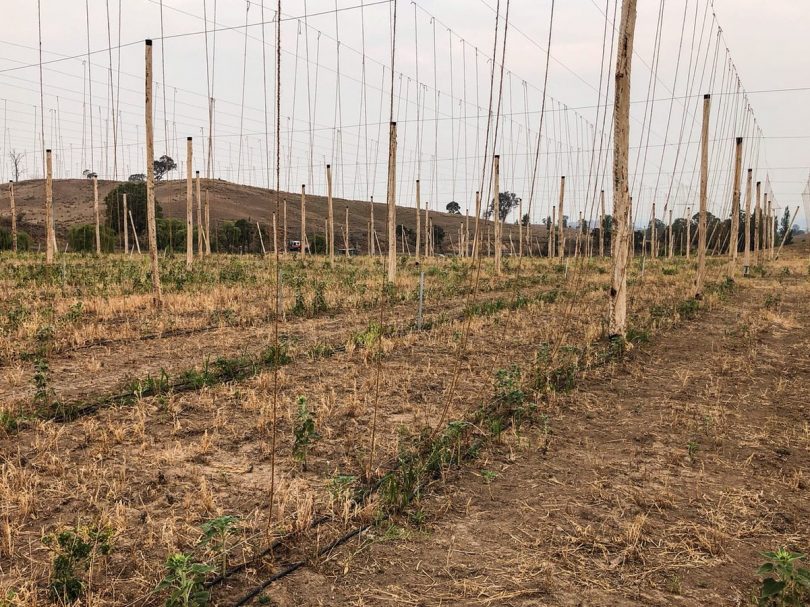 Jade estimates that more than half the 3,000 new hop plants they planted last year have died.

Despite the driest conditions farmers have ever seen last year, the Ryefield crew kept hoping there was the potential for a small harvest, and that by buying water and hand-watering their new plants they could “limp them over the line”.

In fact, Jade was hand-watering the hops when she heard that the Weri-Beri fire was nearing Bemboka and they had to evacuate the farm.

“We’d lost about 50 per cent of the new plants before the fires and then the fires came right up the back of the main street of Bemboka, so we didn’t go back to the farm for a few weeks. We were busy evacuating ourselves and our friends and family,” Jade says.

“It’s pretty hard, losing all that time and money we put into last year’s expansion and all down to factors that are totally out of our control – drought and then fire.” 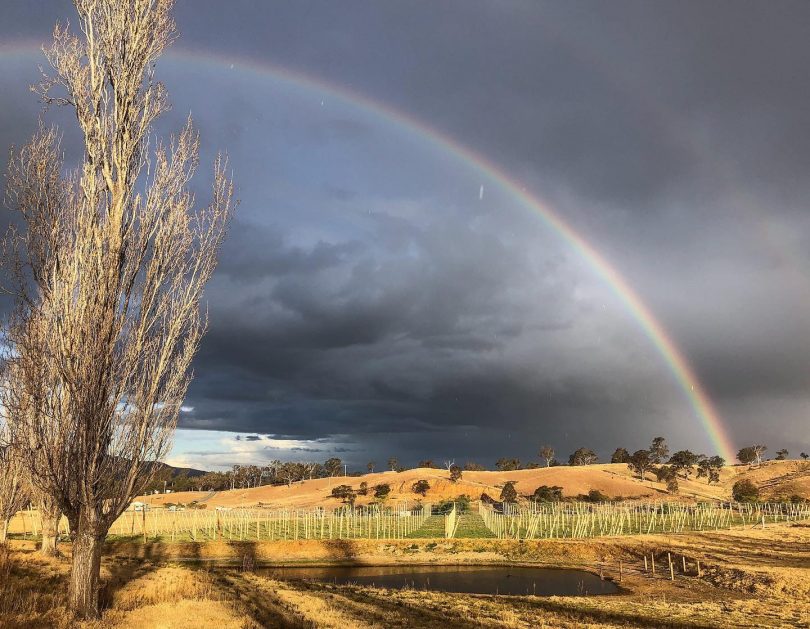 Despite some spectacular storm clouds moving in this summer, the Bemboka area has seen very little rainfall.

About 20 mm of rain fell on the farm last week but Jade says it will make little difference at this point.

After seeing two small but successful harvests, these farmers are sure about the marketability of hops, although luckily, none of them has quit their day jobs yet.

“The question isn’t ‘is the market there?’ It’s ‘can we make it through these environmental setbacks to another good year?'” Jade says.

Not sure what else to do, Ryefield Hops has set up a fundraising site to accept donations to help them see the drought out.

Water security is also a priority and any excess funds would be used to construct another large dam on the property. 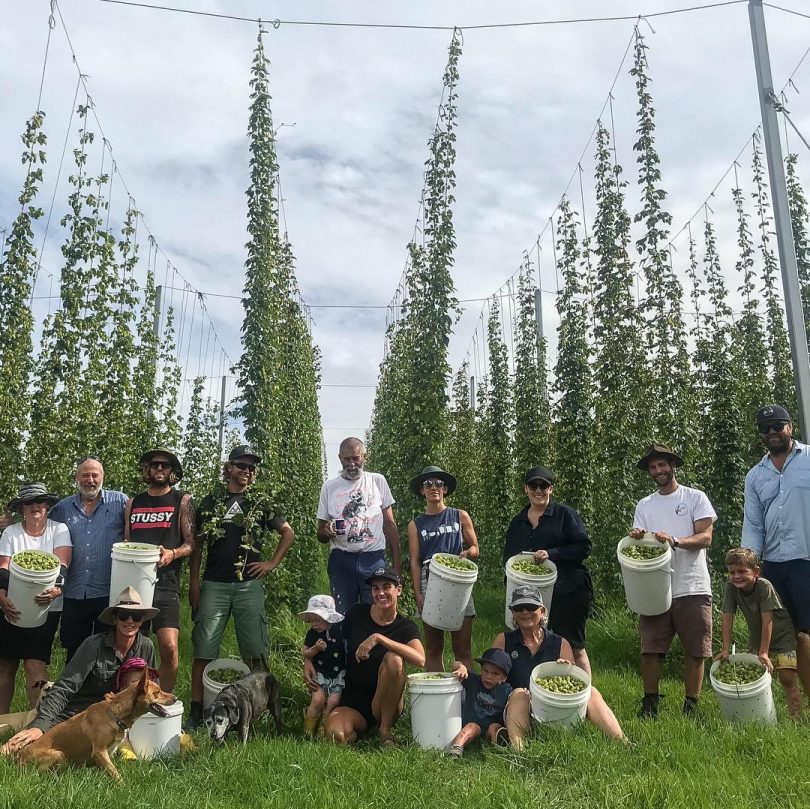 “Everyone in the brewing community has been amazingly supportive and empathetic. We see this fundraiser as the only way to get out of this,” Jade says.

“We can’t walk away now, we’ve put too much into Ryefield.”

If you’d like to donate, head to Help A Hop.

A $10 donation equals the purchase of one hop rhizome.

Donations over $100 will be offered a tour of Ryefield Hops next growing season to see the hops first hand.