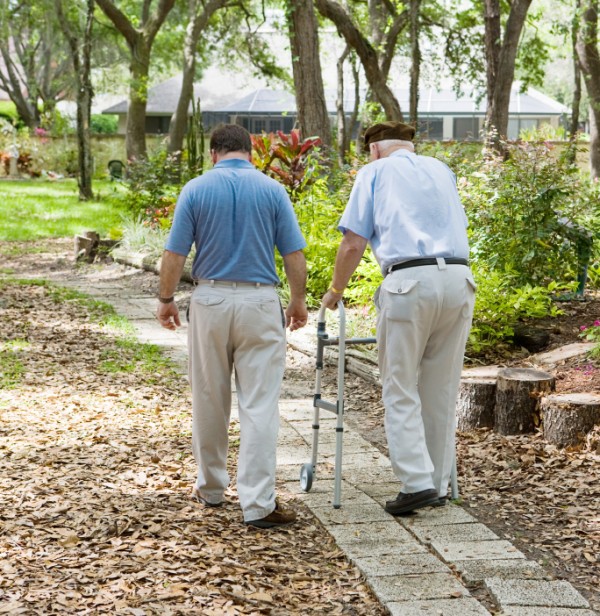 There were 16 deaths from influenza-like illnesses in ACT aged care facilities in the three months to early October this year as authorities battled skyrocketing influenza notifications throughout the community and sort to limit the impact on the most vulnerable.

Two Canberra aged care facilities each reported four deaths from influenza while there were 14 outbreaks at ACT facilities in total, with six of the affected facilities managing to avoid any deaths.

The outbreaks affected 258 residents and 72 staff at the aged care facilities and resulted in 24 hospitalisations and the 16 deaths.

However, these numbers appear to be contained given the massive rise in influenza in the general community and specifically in the elderly – with the proportion of aged care deaths from the flu not significantly different from last year.

This is being attributed to the hard work of aged care facilities and the ACT Health Protection Service in preparing for the influenza season and, when there was an outbreak, working to limit the spread of the disease.

An ACT Health spokesperson said that between July 1 and September 15 last year there were 16 reported influenza outbreaks resulting in 35 hospitalisations and 12 deaths – meaning that the proportion of deaths this year “is not significantly different”.

“This is noteworthy given the massive rise in flu notifications generally and specifically in the elderly, and is a testament to the hard work of aged care facilities working in conjunction with ACT Health,” the spokesperson said.

“To put this into context further, between 1 January and 3 October 2017 in the ACT, there were 2,823 cases of confirmed flu reported. This is over two-and-a-half times more than the average number of cases reported in the same period over the previous five years.

“In addition, consistent with the national picture, the highest rates of flu year-to-date in the ACT have also been in the 65+ age group. The number of these notifications have been over 3.5 times the number for the average for the same period in this age group over the last five years.”

The spokesperson confirmed that influenza can spread widely and rapidly in aged care facilities due to the highly infectious nature of the virus, the close contact of residents and the fact that those aged 65+ are a high-risk group for serious flu complications.

“When notified of an outbreak, the Health Protection Service works closely with aged care facilities to provide advice to limit the spread of the disease, help reduce the duration of the outbreak, and subsequently protect the health of all residents.

“Health Protection Service staff also provide intensive support to minimise the extent of the outbreak and, where appropriate, encourage care in place to minimise the impact on hospital services.”

The spokesperson said that this year’s preparedness activities included:

Adam Best - 13 minutes ago
Josh Anderson We still have demerit points, champ....... View
Adam Best - 14 minutes ago
Steven Miller well yes, actually. If it's a financial penalty for a crime, then that financial pain should be equal for the e... View
Jess Thomas - 1 hour ago
David Deb Cossart that's the thing: people who can afford the fine can afford to speed. Changing this would mean that no-one... View
Food & Wine 1

Kali - 48 minutes ago
Poster boy for the 'it's all about ME' generation. View
Jennifer Albs - 2 hours ago
He is great player and pretty talented man, but his behaviour over shadow everything and not to mention mode swing, plus acti... View
Stewart Mcdonald - 2 hours ago
Lucy Humphreys I love the game but the sterile personalities bother me I think the game representing different social groups... View
Food & Wine 6

chewy14 - 1 hour ago
Ha, that should read uninformed, not uninformed. BJ, on that link you've provided, have you actually read the ICRC report on... View
chewy14 - 2 hours ago
No, To be honest, It's because I think you're uniformed on the scope and causes of the problem, the research that has been oc... View
bj_ACT - 3 hours ago
I’m not just criticising this project from 2014, I’m criticising two decades of broken promises, failed projects and the... View
Community 41

@the_riotact @The_RiotACT
#Tumbarumba's saddled up for its social event of the year this Saturday 29 January. #Turfclub president John McIntyre says the Tumba Cup's set to be one of the best as #families get together after COVID lockdowns https://t.co/U3sL5ZTdwY (21 minutes ago)