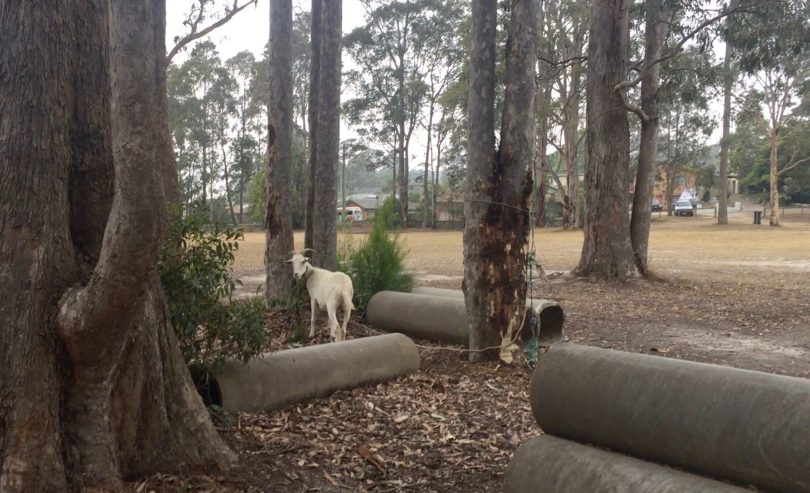 Up to 10 horses, three dogs and a goat had been sheltering at the Bay Pony Club. Photos: Lisa Herbert.

After a week-and-a-half camping at the Batemans Bay Pony Club grounds, Makayla Good and her horses are home at North Batemans Bay.

Makayla, her mum Donna and other family members are “pretty good, a bit tired of sleeping in a swag that’s for sure!”

The group have been camping out with their six horses, plus other animals evacuated from Nelligen and Long Beach, looking after up to 10 horses at times. 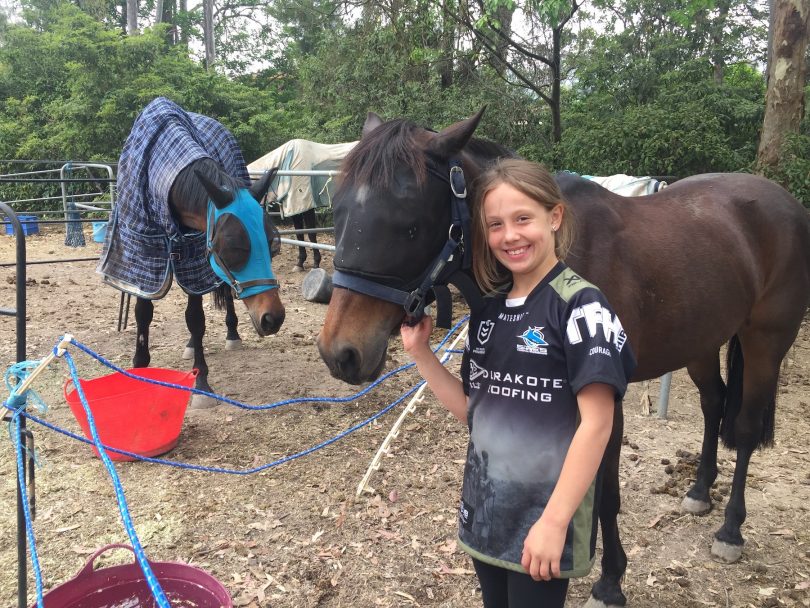 Isabella Good and her horse Milly.

Makayla says “the firies told us that we’ll be right to go home, but for a few days not to unhook the float or unpack completely”.

The young, steadfast Makayla doesn’t feel phased or threatened by that tentative assurance, she’s (quietly) confident that with the recent back-burning and the bushfire activity, they’ll be okay at their property – for now.

Early on the morning of 2 December, Makayla’s family was told they should get their livestock and themselves out from North Batemans Bay.

They loaded up their six horses, friendly goat ‘Diesel’ and three dogs into floats and cars and, making a few trips, set up camp and makeshift yards at the Pony Club. 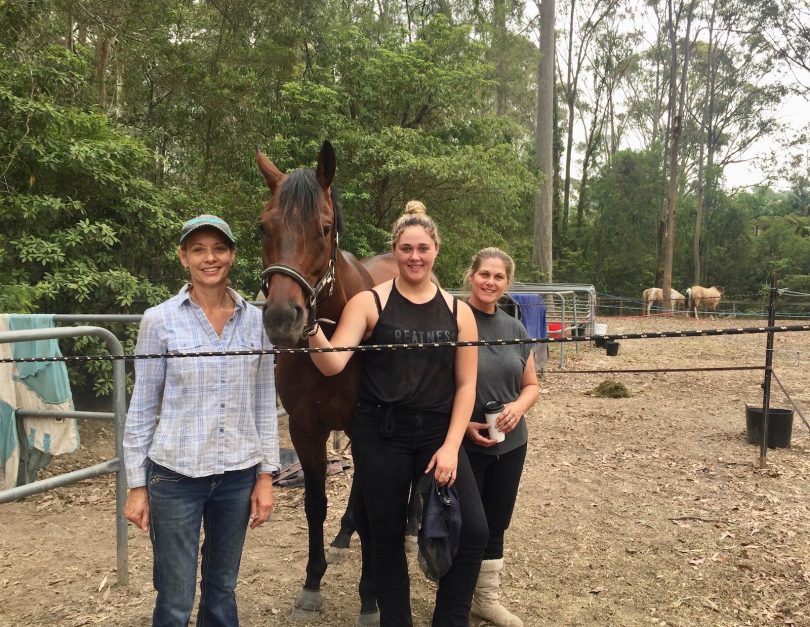 “He’s Superman” – Bill the horse with Makayla (centre) and Donna (right) and another evacuee.

Aside from the bushfires, the family have been through some other worrying and strange occurrences. On their second night sheltering at the Pony Club, someone drove a stolen vehicle through the Pony Club fence and set the car alight.

“We called triple-zero, the firies came and put it out pretty quickly.” But Donna didn’t sleep all night, worried these people could come back, and that “they didn’t actually realise we were here”.

“I sat up all night. I had about fours hours of sleep over three days! And the animals were spooked, my young girls were scared. We really didn’t need it.”

Makayla tells me “a friend’s dad who’s a security guard ended up doing ‘drive-bys’ quite often which was great”.

Some of the horses proved to be quite the escape artists, too.

“One horse, Elvis, we had to build an electric fence to keep him in!”

After four nights sleeping rough, Donna told me “there’s been good and bad stuff going on. The girls had a run in with a Ranger on the beach, but then some ladies from Pambula brought horse pellets up for us”.

“They didn’t know anything about horses, called into Turnbulls at Moruya and said – we want to help what should we do? and they turned up here with four big bags of pellets!

“Then a local man and his wife came in with their big float, pulled out their Webers and cooked us all dinner. The lady in the local shop here just said – anything you want, and another lady came along with curried chicken and rice all cooked up for us one night.

“The guy from PETstock here in the bay delivered us free hay, then yesterday some people turned up with muffins and ice-blocks for the kids, people have been amazing!” 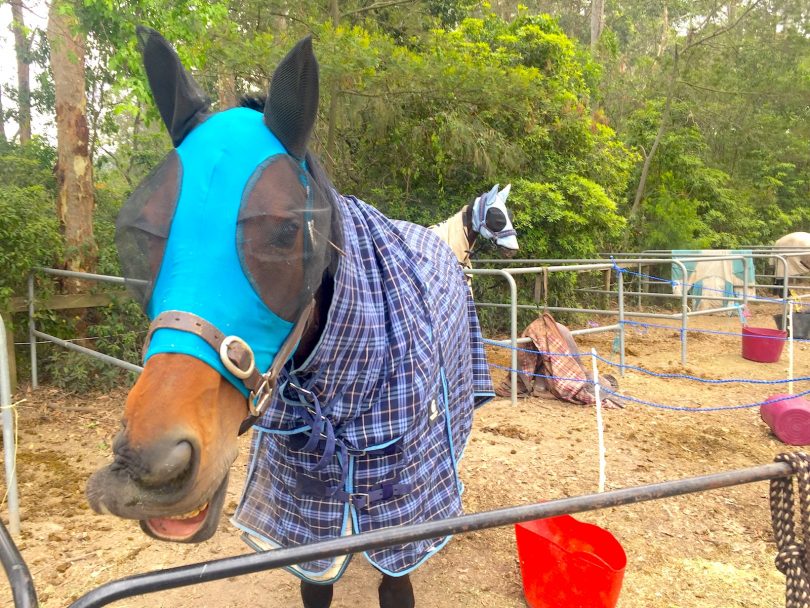 Among the evacuees were horses known as Elvis and Vegas.

On top of their temporary life at the Pony Club, Donna has been checking on home, “we back right onto bush,” she tells me.

“I’ve been home at North Batemans Bay trying to prepare the house, cos we’ve got both fires coming at us. Our property is pure bush behind us, there’d be no stopping it,” a weary Donna explains

“We’ve been going nuts out there trying to get it sorted.” 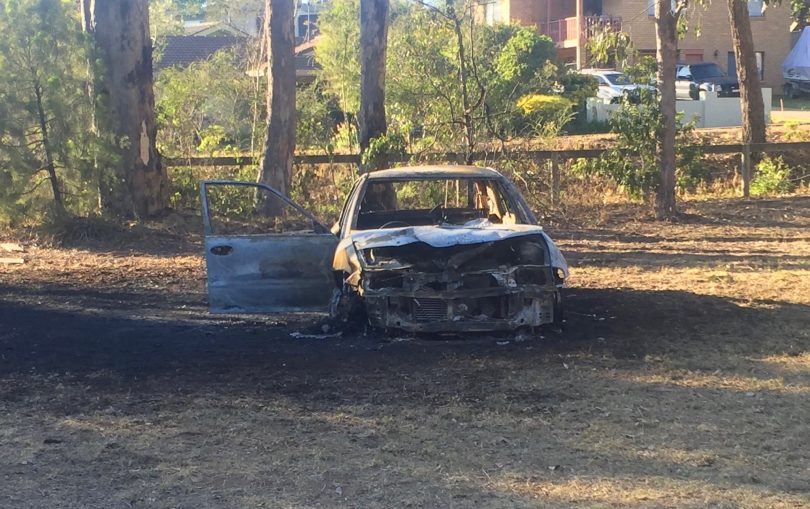 Now that Makayla, Donna and their horses, goats and dogs are finally home the family won’t be unhooking the float or unpacking completely. While they feel quietly confident being in North Batemans Bay for the time being they know the fire is still active and out of control.

They have this advice for dealing with horses in bushfires:

To date, no one has been charged over the burning car at the Pony Club grounds. Police are investigating.

Chris Prentice - 33 minutes ago
Matthew Soall But it is a business. View
James Vetos - 1 hour ago
A committed centre of learning excellence... Nope, a one trick business struggling under a poor business model. Should be ash... View
Liam O'Toole - 3 hours ago
Emphasis on international students. ANU is discovering the results of putting all your eggs in one basket. View
News 22