Hot foreshore commercial units back on the market 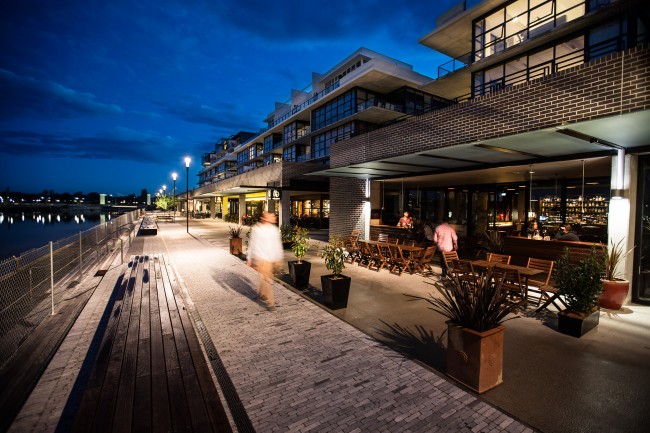 Two adjacent units on Kingston’s prestigious foreshore are back up for lease.

The units, on 41 and 43 Eastlake Parade, were originally intended to be leased by MW Canberra Pty Ltd and the original plan was to launch a Meat & Wine Co franchise at the location.

“They were at a point where they had actually started their lease and had begun minor fitout works,” said Chris Antos of Laing and Simmons Commercial.

“Then it turned out they’ve gone into liquidation and we received a letter from the liquidator basically suggesting they would not be proceeding in the tenancy.”

The hunt is now on for a new tenant. Mr Antos believes it’s likely someone will be found in the near future given the desirability of the properties.

“It’s probably one of the best spots in the foreshore because it has excellent street frontage, water frontage, and plaza frontage. The units catch the afternoon sun, which in winter… is a pleasant change to most other retail spaces on the Foreshore.”

While the two units are separate, it is hoped that a single tenant will take both.

Prospective tenants could run any kind of business, but Mr Antos believes that a bar or restaurant would be the best fit.

“It lends itself to so many uses, whether night-time or morning. A smart entrepreneur could find themselves sitting on a bit of a fortune.”

Laing and Simmons are running an expression of interest. Both units combined would be 324 sqm with an expected annual lease exceeding $200,000 per year.

According to Mr Antos, the landlord is open to negotiation.

“If someone wowed him with their concept and convinced him they’d be there for a while he’d be open-minded. He wants to see the foreshore do well.”

Property available for viewing at http://www.lsrecommercial.com.au/commercial-for-lease/0000330011.html