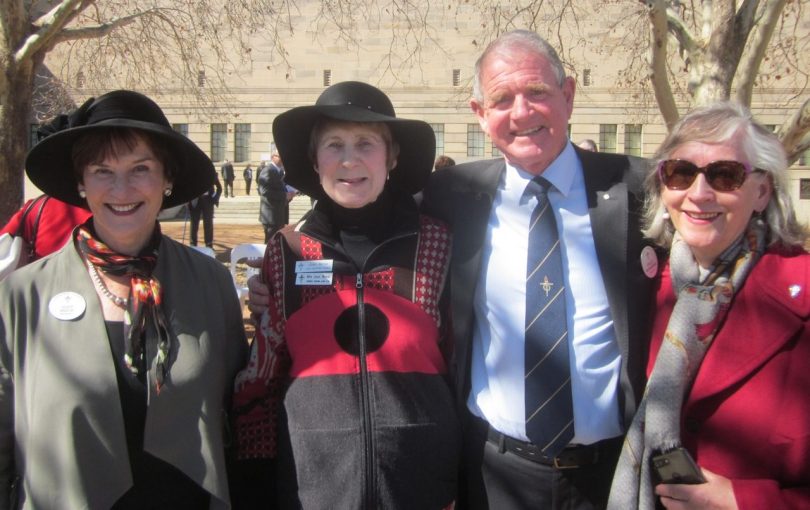 Losing your husband at the age of 28 is hard to imagine, but it was a reality for Joan Birnie of Rye Park, near Boorowa.

Fortunately, she was introduced to Colonel ‘Blue’ Hodgkinson of Legacy Australia not long after Tom Birnie was killed during the Vietnam War in the 2nd Battalion, Royal Australian Regiment, in 1971.

Next March will mark 50 years since Tom died, and Legacy has been by Ms Birnie’s side ever since 1971. However, it was Blue who left a lasting impression on her life. In 2012, she paid her respects at his funeral.

In the sympathy card she took to the funeral, she wrote, “In the 41 years since [Tom died], I have had five other Legatees but I shall always remember Blue as the first and the best – the epitome of what Legacy stands for. He assisted me in many practical ways, which was what was required at that time.”

She is also president of the Boorowa Laurel Club, a local social club for war widows.

Usually during Legacy Week – this year from Sunday, 30 August until Saturday, 5 September – Ms Birnie and the two other Legatees in Boorowa would be selling Legacy badges and bears outside the town’s supermarket.

However, like many things this year, the COVID-19 pandemic has pressed pause on a number of Legacy Australia’s fundraising activities, with most volunteers being elderly and vulnerable to catching the virus.

Instead, younger members of the Legacy Yass group will man the streets and push on with this year’s Legacy Week fundraising activities.

One of those will be Bimbi Turner at the Legacy stall on the corner of Comur Street and Meehan Street in Yass from 9 am to 12.30 pm on Friday, 4 September.

The stall will be selling jams, chutneys, pickles, cakes, slices and biscuits.

Ms Turner’s father, Joe Weir, was a Legatee after serving in World War II. She continues his legacy by helping out during Legacy Week each year.

Legacy Yass-Boorowa chairman Bob Richardson will also be collecting donations from businesses on the main street of Yass during Legacy Week.

Legacy Week has been Legacy Australia’s annual fundraising appeal since the 1940s. The money raised supports people such as Ms Birnie and Legacy’s 52,000 other beneficiaries.

The charity provides social support and relief from financial hardship to veteran families who have lost a loved one.

This year, Legacy is also providing hampers for people to enjoy at a socially distanced Legacy Bears Picnic. They are $20 each and the money goes straight to Legacy. Visit here for more information.

This is a wonderful much needed organisation. View