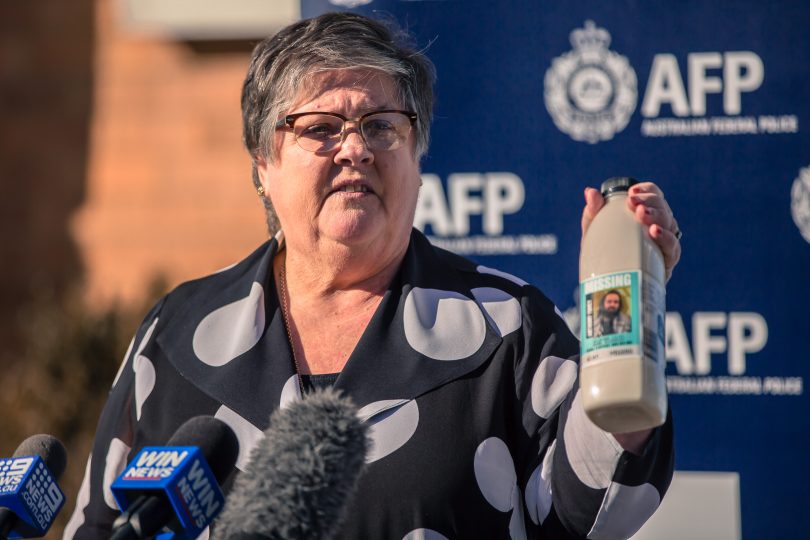 Police have turned to the age-old method of milk cartons to help find a dozen long-term missing people in the ACT, including helping a local woman find her son who hasn’t been seen in six years.

Eileen Fahey’s son Anthony boarded a bus from Canberra to Sydney on 3 July 2013 and was never seen or heard from since. He has not used his bank account and his mother said it feels like he “vanished into thin air”.

“When I accepted that Anthony was actually missing, I had this rising panic in me that I needed to go and find him,” Eileen shared. “I needed to have the questions answered about where my son was and what happened to him. For the last six years, that is what I have been doing.”

As Eileen continues her search for answers, the Australian Federal Police and Canberra Milk are joining forces to put the faces of missing people back on milk bottles in the ACT for the next six weeks.

The initiative, which launched in the ACT region on Thursday (6 June), will see 12 long-term missing people with connections to the Canberra region featured on one litre Canberra Milk full cream bottles in the hope that it will cause members of the public to come forward with new information. 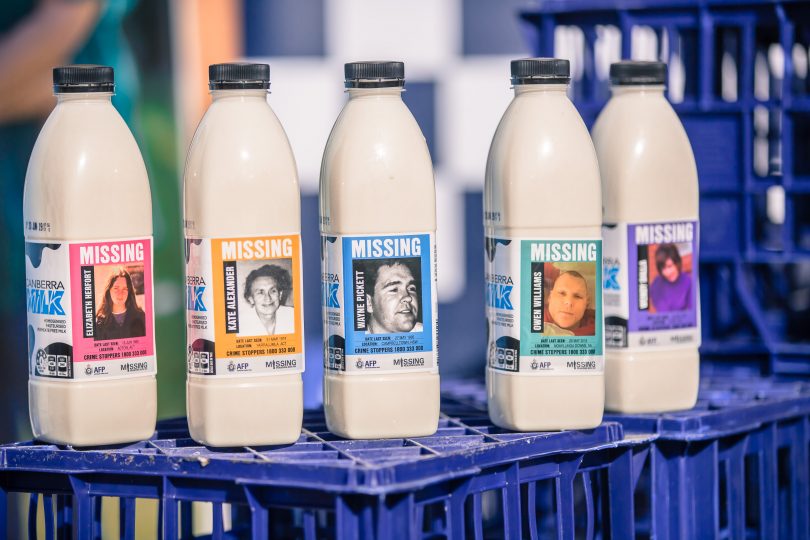 Police will put the faces of missing people back on milk bottles for the next six weeks.

Ms Fahey hopes Anthony’s face on the bottle will spark someone’s memory about what happened to her son that fateful day.

“I am not sure if people actually realise the significance of what is happening here today, particularly for families who have loved ones who are missing, who we don’t know where they are and what happened to them,” she said.

“This gives us hope that our children and our loved ones will actually be remembered and be found. This will be an incredible help to us.”

AFP Assistant Commissioner Debbie Platz said the initiative will result in missing persons’ profiles being seen by many thousands of Canberrans every time they have a bowl of cereal, bake a cake or make a cup of tea.

“It takes back to the days, before Amber Alerts and social media notifications, when reports of missing people appeared in a place guaranteed to catch the eyes of the broader population – on milk cartons,” Assistant Commissioner Platz said.

“In turn, we hope this tried-and-tested method will start a new conversation about the region’s missing people and how the community can help police find them.” 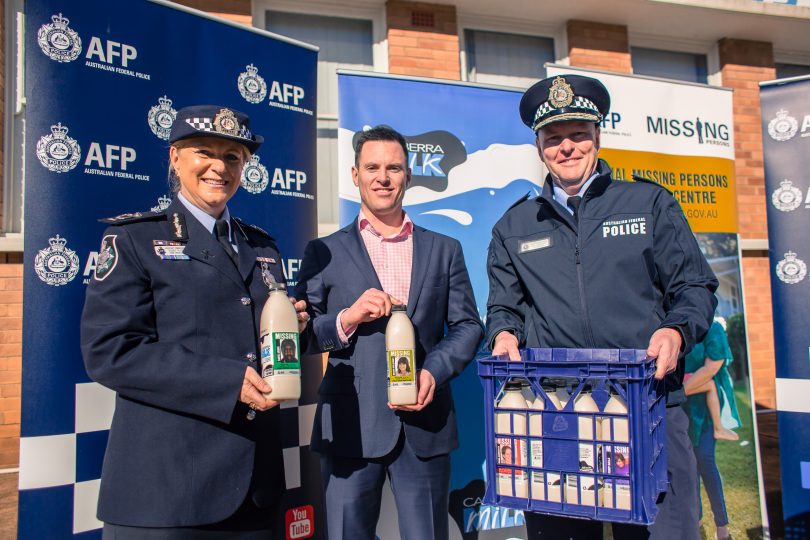 ACT Policing chief police officer Ray Johnson said it’s important that authorities raise awareness of this issue of long term missing people, and that Canberrans are their eyes and ears when it comes to tackling this issue.

“There are families who have been waiting, in some cases for decades, for news about their loved ones,” he said. “This new campaign is one more tool that may provide vital information to investigators in each of these 12 cases. 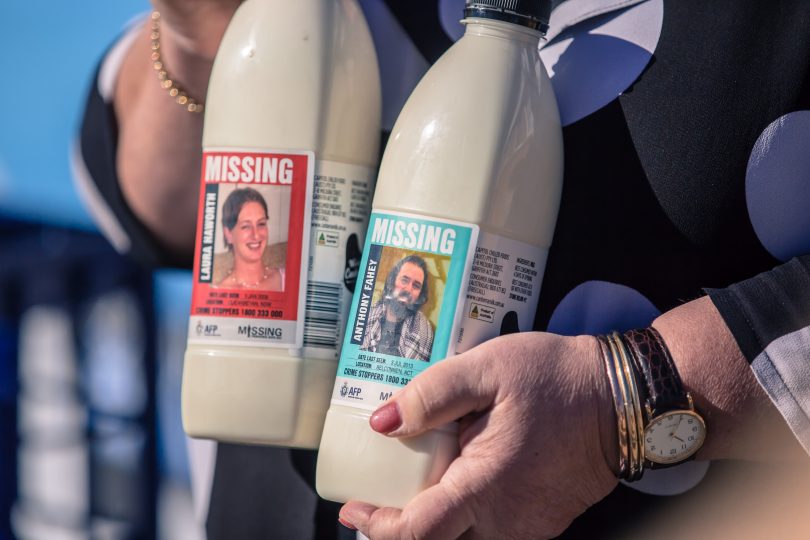 Laura Haworth and Anthony Fahey will be two of the dozen people on milk bottles.

If you recognise any of the missing people profiled in the campaign or have information about any of Australia’s long-term missing persons on the Public Register, contact Crime Stoppers on 1800 333 000.

Linda Seaniger - 2 hours ago
Next they’ll be barring private traffic on Northbourne & Commonwealth bridge altogether whilst they extend the costly & out... View
News 318

@the_riotact @The_RiotACT
ACT Senior Australian of the Year and 50-year volunteer with @stjohnaustralia Valmai Dempsey wants mandatory #first-aid training for learner #drivers. She says it's a no-brainer https://t.co/Xovhw0Ec3H (35 minutes ago)