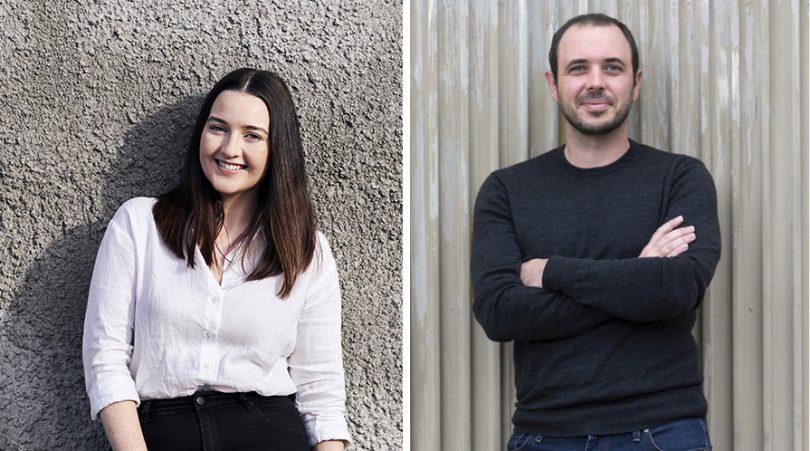 Long before there was a need for people to check in to cafes, restaurants, shops, taxis and buses, and before there was a global pandemic which meant contract tracing was a daily reality, mates Mitchell Harmer and Alexandria Garlan saw a safety issue in the construction industry that could, in part, be solved by checking in.

The pair had been told by a friend that builders and site managers, particularly on large jobs, were finding it very difficult to conduct safe site evacuations because oftentimes they did not know who was actually on the site and when.

At the time, Mitch and Alex were both studying at the University of Canberra so they applied to InnovationACT for a program which saw them successfully secure the first stage of funding for their startup.

“From there, it just took off and we have hit milestone after milestone,” says Mitch.

Now the SignOnSite app has been used by more than 7000 job sites, and more than 300,000 construction personnel have signed in using the innovative technology that prioritises their safety.

Unlike the now ubiquitous Check In CBR app, which relies on the scanning of QR codes, Mitch says SignOnSite needed to be a little different.

“The issue with QR codes is that it’s easy to check in to somewhere where you aren’t physically,” he says.

“All I’d have to do, for example, is take a photo of the QR code and then I could be sitting at home rather than at work. You can see how that’s no good in the case of an evacuation.”

Instead, the SignOnSite technology relies on an algorithm that uses location services and geofencing to ensure the person is actually on the job site when they say they are.

“Getting the GPS technology to work seamlessly across all phones, no matter how old, was definitely the first hurdle,” says Mitch.

He adds the toss-up between privacy and compliance was tricky when it came to the location engine.

“We didn’t want to be able to track people when they weren’t at work, hence the need for geofencing. If a bloke was sitting at the pub instead, we don’t care about that,” says Mitch.

Mitch says a career in construction was not for him despite having a family background in the industry, however he is passionate about improving its safety standards.

“It took me bursting one septic tank with a crowbar for me to realise university might be more up my alley,” he says.

Coming off the back of the ‘2012 Getting Home Safely’ report stemming from the Inquiry into Compliance with Work Health and Safety Requirements in the ACT’s Construction Industry, there was a genuine desire among builders and industry workers to make a difference.

The ACT Work Safety Commissioner at the time, Mark McCabe, was instrumental in sitting with Mitch and Alex and explaining to them what would help make job sites safer.

“One of the problems we were being told about was that a lot of paperwork needed to be filled in, and on larger job sites it was becoming very messy,” says Mitch. 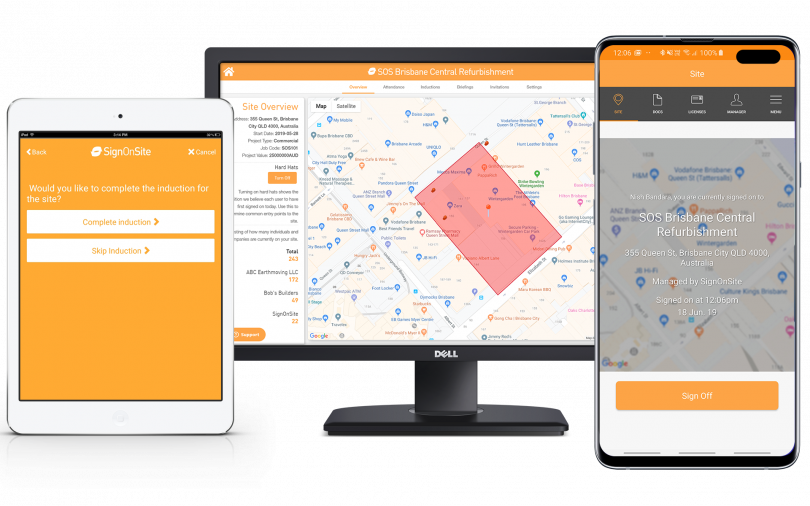 Obviously when there is work to be done, few builders wanted to spend time handwriting or even typing up information and performing manual inductions to the job site. They would rather get people onto the tools as quickly as possible.

“You ended up with problems such as illegible handwriting or reams of paper going missing,” says Mitch.

With the app, all of these problems are solved and it’s all been done by leveraging the technology already in everyone’s pockets: the smartphone.

All a worker needs to do is upload their passport so all of their tickets are in the app, and then simply open it and click a button.

Mitch says he’s thankful to the ACT innovation community, particularly the Canberra Innovation Network, whose offices most of his team now work out of.

Steve Ross, thank you. Just read the article. So will do some research into the app.