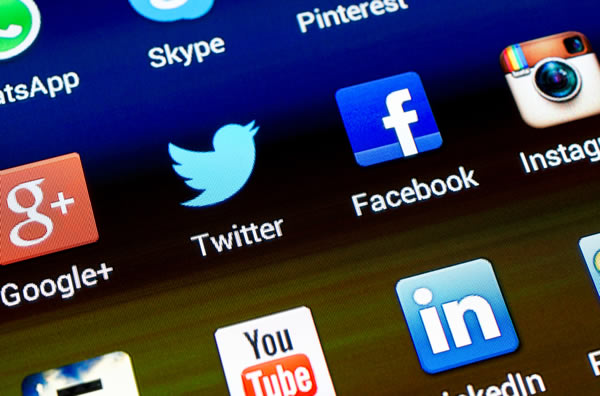 There is something to be said for the catcalls of the rude mob. Of course they’re more easily enjoyed if they’re directed at someone else. But they can possess a certain crude candor… which brings me to social media now and how I can compare it to talk radio in the early days.

I kicked off in broadcasting as an announcer at age seventeen and was hosting “talkback” programs at twenty one. Those early shows were more like Monty Python’s Dial An Insult than anything resembling analysis and discussion of current affairs. Callers were mainly Uni kids trying to get the better of me. It was a simple concept. It rated very well – as simple concepts involving conflict and jeopardy often do.

Hearing the hoi polloi unleashed was very much an affront to the professional pundits of the day. They were strongly of the view that comment from the proletariat should be restricted to what had been selected and edited (by them) for the letters page.

Name credits – in the form of bylines for example – were supposed to be only for very special commentators or journalists. When I was first in Sydney radio, callers were put to air anonymously and couldn’t be sure when it was their turn, which resulted in a lot of “Is it me? Am I on air now?” To avoid this I had my producers tell me the caller’s name in advance so I could address them directly.

One of the radio critics of the day wrote a piece strongly disapproving of this new practice where ordinary members of the public had their names (note: only their first names) on the public airwaves as if they were real media identities.

Now everyone can have a name credit. Anyone can put their thoughts and opinions out there for the world to see – not always to universal acclaim.

Back in the day us local radio identities used to put on shows at High Schools to raise money. We’d fill the hall but when I walked out, although most of the audience would cheer and clap, a good proportion would boo. There’s some kind of lesson there: apparently people will pay money to see you even if they don’t like/approve of what you stand for. Maybe it’s similar to the attraction from bygone eras of going to the theatre to hiss the villain. Legendary movie director Alfred Hitchcock said a film is only as good as its bad guy.

So if you’ve decided to post something on twitter and other twitter types just hate you for it, remember: you’re providing some drama, you’re driving some action. If you can’t handle disagreement (or expect it all to come in the form of gentle eloquence) stay away from that keyboard.

Mike Jeffreys is best known as a talk radio host and for his appearances on panel discussion programs including Paul Murray Live on SKYNEWS and Channel 9’s Morning Show.

A rich snapshot of an important time in the evolution of radio, talk shows and social media, from a professional who straddles all of them. Must be a book in this!

Sarah Fox - 6 hours ago
Zalan Filip we will have to check it out! View
Zalan Filip - 16 hours ago
Sarah Fox the one Soph was going on about... reminds me a bit of the huge market thing in Castlemaine. View
Angela Doyle - 17 hours ago
Jacinta Elliott yes please! View
Opinion 107

Dwy Jago - 21 hours ago
Now where do you look when your car is stolen? View
News 10