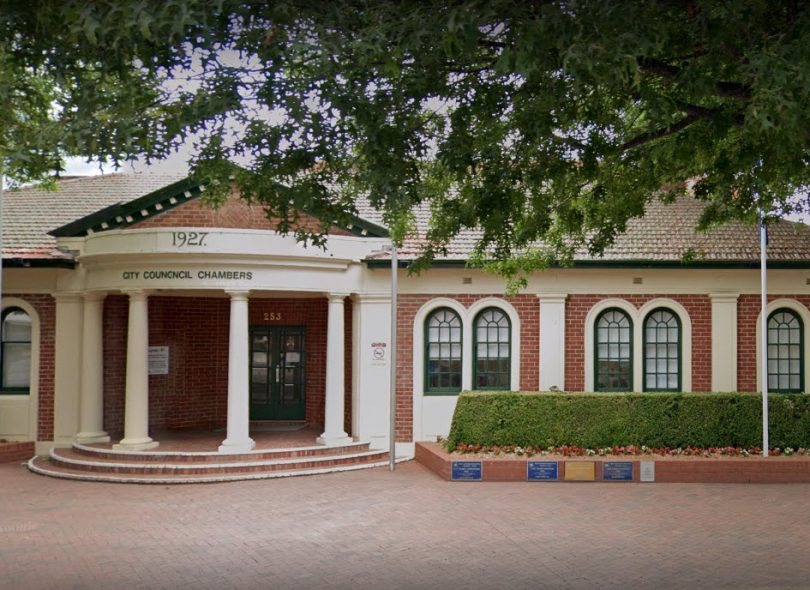 Up to 75 candidates are jousting for 11 spots in the Queanbeyan-Palerang Regional Council. Photo: Google Maps.

It will be a quiet walk up to the ballot box for many in NSW next month as new restrictions rule out how-to-vote cards.

The usual ‘six-metre rule’ for polling places is being extended to 100 metres, affecting the distribution of political advertising material for the 124 local government elections scheduled for Saturday, 4 December.

This might leave voters breathing a sigh of relief, but many candidates are concerned it may be accompanied by a rise in donkey votes.

Steve Taskovski is heading up the largest of the independent groups for the Queanbeyan-Palerang Regional Council (QPRC) election and says that given the number of candidates, not having ready access to how-to-vote cards will have a significant effect on voters.

“If you are not on the paper, or not present there for people to see you, they won’t make such good decisions,” Mr Taskovski said.

Up to 75 candidates are jousting for 11 spots in the QPRC, the council that oversees Queanbeyan, Jerrabomberra, Bungendore and Braidwood.

Steve says that we can still expect to see his posters around town and outside of the 100-metre zone at polling places.

The NSW Electoral Commissioner John Schmidt has ruled that no electoral material is to be handed out or left out for collection in a publicly owned or occupied area (such as on the footpath), within 100 metres of the entrance to a polling place or a pre-polling venue.

No posters can be displayed within 100 metres of the entrance either, unless they are put in place before 7 am and not adjusted or moved again until after 7 pm. This direction applies to all types of posters, including A-frames and corflutes.

The public health orders currently in place in NSW give election managers the power to restrict canvassing activities and posters in the lead up to an election. These restrictions – issued under Local Government (General) Regulation 2021 – are designed to reduce the risk of COVID-19 transmission and will affect all of the NSW councils holding elections on 4 December.

These laws closely reflect what is already in place in the ACT where political canvassing of all forms is banned within 100 metres of a polling place. This includes how-to-vote cards, shirts and signage. Tasmania has similar laws in place.

Bryce Wilson is leading Labor’s ticket for the QPRC election and says this one will be unlike any other NSW election he remembers, but it will be similar to what his Canberra colleagues have had to deal with for years.

“In the ACT, it’s a complete ‘clean’ booth and then you have people parked 100 metres away giving out how-to-vote cards. This is sort of a halfway house.” He says candidates will be at a disadvantage but that there are still things they can do.

“You can do a poster version of a how-to-vote card. I don’t know what the impact will be, but I suspect there will possibly be more informal votes.”

Bryce says his members will be “out there early – before 7 am – putting posters up”.

In line with current NSW restrictions, voters must wear face masks while inside the venue. Single-use pens and hand sanitiser will be available, while dedicated staff will regularly clean high touch surfaces, including the voting screens.

The Electoral Commissioner has also ruled that to be eligible to work in voting venues, counting places, and Returning Officers’ offices, election officials must be vaccinated and must wear face masks.

The electoral commission should make the information available inside the polling booth.