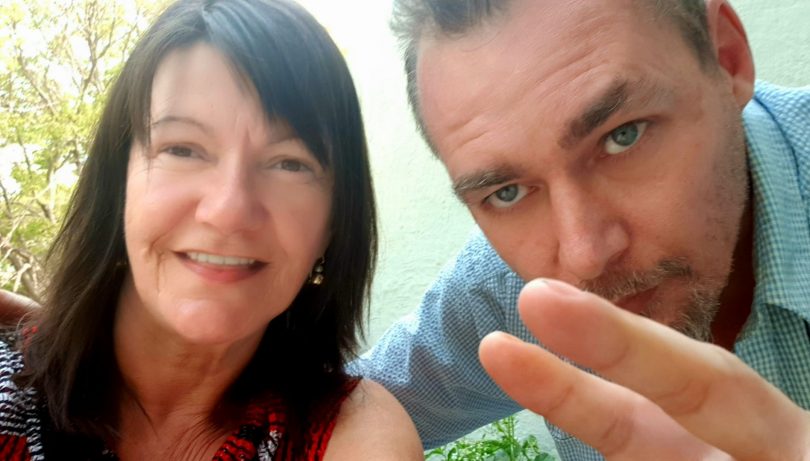 Ms Tuckerman says she had spoken to Southern NSW Local Health District (SNSWLHD) and the Minister for Mental Health and can confirm that admissions would reopen on 16 November 2020 while a review was underway.

According to Ms Tuckerman, the review is expected to last for three months – not the six months SNSWLHD previously estimated.

“While the review is underway, [SNSWLHD] is arranging additional resources and support for the Ron Hemmings Unit. The rapid review is not in any way budget-related,” she said.

“The four consumers currently in the unit have transfers of care to the community arranged as a part of their expected care pathway and will not be impacted.”

Ms Tuckerman’s comments came after a husband and mother went public with their plea to authorities not to close the unit currently caring for their respective wife and son.

Earlier, the SNSWLHD had said admissions would be suspended and staff relocated during a clinical review of the recovery and rehabilitation unit at Kenmore Hospital.

“How can you do a review while no-one is there?” says Rob, whose wife Nicola was admitted to Ron Hemmings two weeks ago for help to manage her suicidal thoughts. “Surely you would do a review while it’s open and people are in there so you can see it functioning?”

They hoped the Ron Hemmings Unit would break the cycle of Nicola reaching breaking point and being admitted for supervision at the Chisholm Ross acute mental health unit in Goulburn.

“It [Ron Hemmings] has been a godsend, but two weeks after she got in there, we were told it was going to close,” says Rob. “That was a real kick in the guts.”

Before Nicola’s admission to Ron Hemmings, Rob tried to find her help elsewhere but was told psychologists had a three-month waiting period and that they didn’t fall into catchment areas for other units similar to Ron Hemmings.

“Nicola will try and work through things, but she doesn’t have the right tools,” says Rob. “She runs out of energy and that’s when she thinks it’s the end and is admitted to Chisholm Ross. Nicola believes she doesn’t deserve help because of her condition and Ron Hemmings shutting confirms that belief for her.” Rob Foster says he won’t stop fighting to find help for his wife, Nicola, who is a patient at Ron Hemmings mental health unit. Photo: Supplied.

Helen’s son, Dean, has schizoaffective disorder and is admitted to Ron Hemmings every 12 or 16 months when his hallucinations get too much.

“He has really strong voices in his head and visions,” says Helen. “When the voices get really on top of him, he has to go to Ron Hemmings because he no longer feels safe. They give him strategies to deal with the voices and he can’t get that anywhere else.”

The unit provides people suffering from a mental illness with life skills and prepares them to return to the community.

Helen says Ron Hemmings has kept Dean out of the psychiatric wards for about four years.

“He knows when he needs to go in,” she says. “I describe it as like a tune-up or car service that allows him to face the world a lot better. I’m feeling devastated because where is he going to go the next time he feels like this?”

SNSWLHD says Ron Hemmings patients will be transferred to Chisholm Ross during the review. However, Rob and Helen say Chisholm Ross can’t provide the type of care that Nicola and Dean need.

READ ALSO The mental health impacts of the COVID-19 crisis

“Chisholm Ross is an acute unit for people who don’t feel safe,” says Rob. “They go in there and they’re observed so they can’t harm themselves. We know Chisholm Ross does the job it’s supposed to do. Nicola would be dead if it wasn’t for Chisholm Ross. But Ron Hemmings gives Nicola the tools to cope with her illness long-term. It gives people space, room to move around and the staff are amazing.”

Helen believes the Ron Hemmings Unit is underutilised as she has never seen the 12 inpatient beds full.

“I do believe referrals aren’t being passed on or the criteria to get into Ron Hemmings has been made too hard,” she says. “I know a carers’ advocate who resigned in December 2019 because she could not service the families she was taking care of. She said getting people into Ron Hemmings was ridiculous.”

The two-weeks’ notice of closure given by SNSWLHD to Ron Hemmings patients is “cruel”, according to Helen.

“These people are vulnerable so the authorities and politicians can get away with treating them poorly,” she says.

Rob and Helen have already fought hard to get help for Nicola and Dean and they say they won’t give up on their fight to keep Ron Hemmings open.

If you have been affected by this story, call Lifeline Australia on 13 11 14.