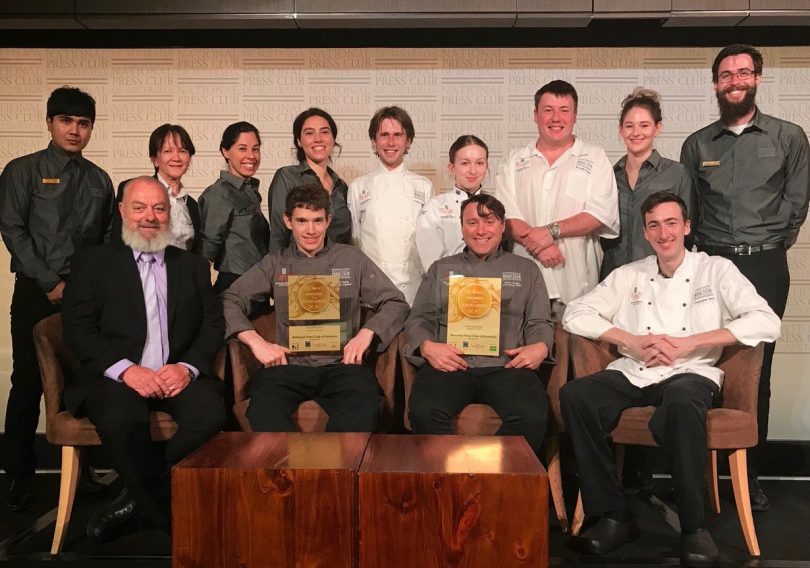 Two Canberra venues have taken out major honours at the National Restaurant & Catering Awards for Excellence.

The Tea Lounge at the Hyatt Hotel in Yarralumla and the National Press Club in Barton were named National Cafe of the Year and National Caterer of the Year respectively at the awards ceremony in Sydney on Monday night (29 October).

Both venues also won awards in other categories – the Tea Lounge for best Cafe Dining and the Press Club for best Wedding Caterer.

Hyatt Hotel Canberra General Manager, Fredrick Arul said the Tea Lounge, famous for its High Teas, was one of seven finalists in the major category and the only one from the ACT.

“The Café awards are judged using blind visits; our team should be congratulated on yet another fine example of their high standard service and ability to work together,” he said.

The National Press Club’s Food and Beverage Manager, Paul Butler, said the team was honoured and humbled to receive the awards.

“We have a strong and cohesive team front and back of house who work hard. The food is amazing, the service is attentive and we love what we do,” he said. 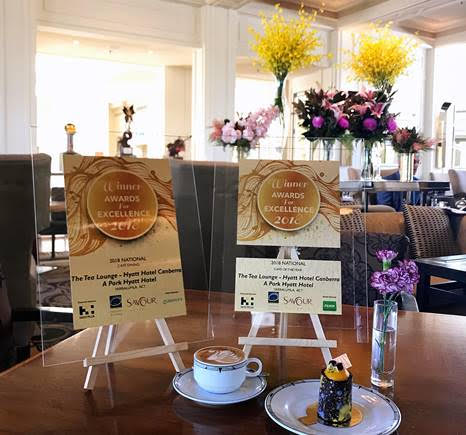 The awards on show at the Hyatt’s Tea Lounge.

Restaurant & Catering (R&CA) CEO Juliana Payne congratulated each of the National Award winners on behalf of the Association.

“Out of the 45,000 businesses across Australia’s café, restaurant and catering sector, the businesses recognised as part of our Awards have consistently displayed the high standards of excellence, commitment and professionalism which have come to be expected from the Australian dining public,” she said.

“As has been the case in previous years, the standard of entries received across all categories was exceptionally strong. All businesses recognised as part of the 2018 National Awards for Excellence have made stellar contributions to the culinary landscape, at both a state and national level.

“I’d like to personally thank and congratulate the business-owners and their staff members who took the time to enter in this year’s Awards and who have made this event a stand-out success. They will reap the marketing rewards of being recognised as first among their peers.”

The Awards for Excellence is the only program in Australia where the judging criteria are determined by consumers who rank what is important to them in the dining experience. The scores from the independent anonymous judges are based on the entire dining experience – from food to the customer service experienced when the judges anonymously dine.

The National 2018 Award winners across the major categories include: 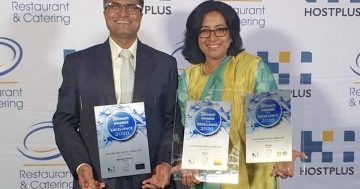