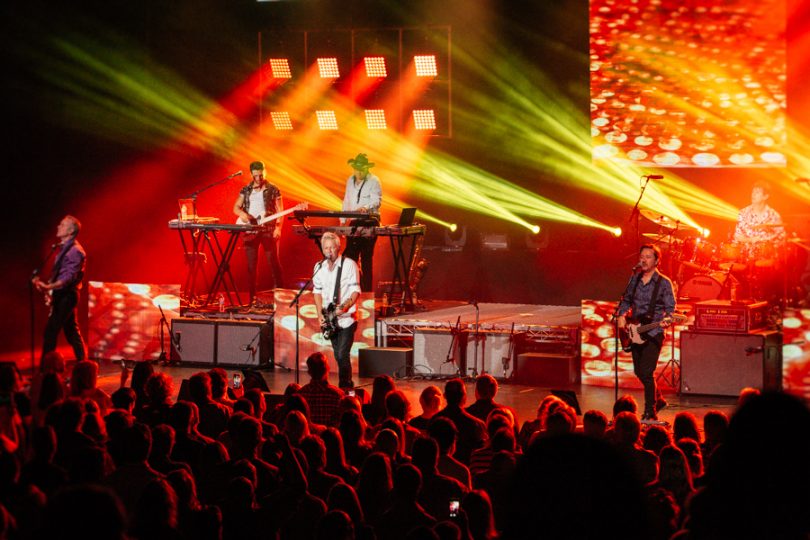 Icehouse will play all their hits at Stage 88 in Commonwealth Park. Photo: Supplied.

Iconic Australian band Icehouse will headline the 2020 Anthems Music Festival, which returns to Canberra under new management and at a new venue.

Anthems last played at the National Arboretum in November 2018, causing traffic chaos on the Tuggeranong Parkway, but the multi-artist show will be staged next year at Stage 88 in Commonwealth Park on 28 March from 1:30 pm to 11:30 pm.

Icehouse, led by singer, songwriter, producer and multi-instrumentalist Iva Davies, is one of Australia’s most successful, influential and best-known bands.

The band has achieved 28 Platinum albums, eight Top 10 albums and over 30 Top 40 singles. In 2006, the group was inducted into the Australian Recording Industry Association (ARIA) Hall of Fame.

At their hall-of-fame induction, Icehouse was described as “one of the most successful Australian bands of the ’80s and ’90s … with an uncompromising approach to music production they created songs that ranged from pure pop escapism to edgy, lavish synthesised pieces”.

Icehouse will perform all their classic hits.

“It’s been a while since we played in Canberra and the band and I are excited to be headlining the Anthems Festival in 2020 and bringing the show to our fans in the ACT,” Davies says. 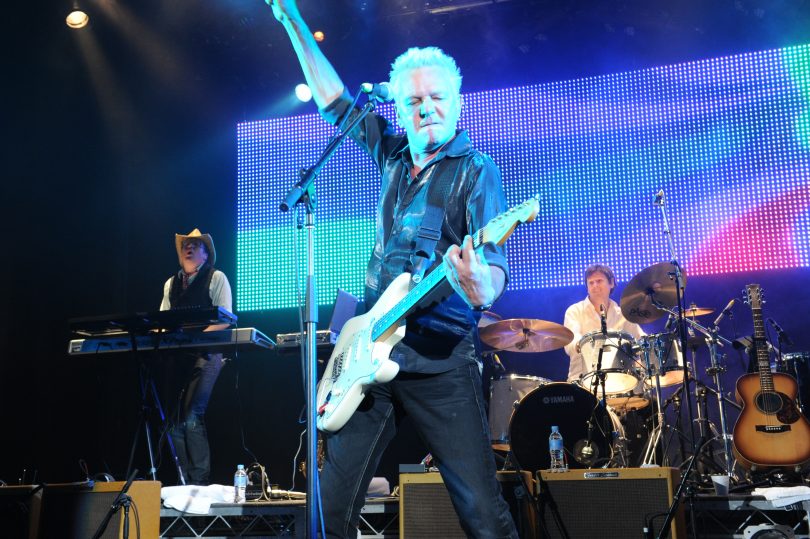 Joining Icehouse are the ARIA Award winning and BRIT Award nominees The Temper Trap, who have clocked up an impressive 150 million streams on Spotify.

The Temper Trap have previously graced the stage with international heavyweights like Coldplay and The Rolling Stones, as well as playing iconic festivals like Glastonbury, Lollapalooza and Coachella. Their lead single ‘Sweet Disposition’ from their debut album Conditions cracked the top 40 around the world and was featured in Zooey Dechanel’s film (500) Days of Summer.

The band will play the Conditions album in full in celebration of its 10th anniversary.

West Australian indie rock group Eskimo Joe will return to the festival circuit in 2020. The band has achieved an impressive list of accomplishments throughout their career. The 35-time ARIA Award nominees have sold in excess of 750,000 albums in Australia alone, and have celebrated three number one records on the ARIA charts.

Also joining the line-up is the re-formed band The Rogue Traders,with actress and singer Natalie Bassingthwaighte returning with her sultry vocals as their frontwoman.

Rounding out the 2020 Anthems lineup are Australian folk-pop band favourites Frente and Mark Wilkinson. Frente drew international attention back in 1992 with the classic Marvin the Album (including earworm ‘Accidentally Kelly Street’) and in 1994 with their own acoustic rendition of the New Order classic Bizarre Love Triangle.

Independent recording artist Mark Wilkinson has performed with some of the world’s biggest names, including Brian Wilson, Chicago, Peter Frampton, Kings of Leon and Santana.

Director of Unbreakable Touring Kristie Spillane says the company has recently taken over the Anthems brand and is thrilled to bring these iconic Australian legends to the people of Canberra on one main stage.

“We look forward to building this festival for years to come and ensure we offer the ultimate experience to our patrons,” she said.

Tickets go on sale on Thursday. For more information go to www.anthemsfest.com.au.

May Agnew - 1 hour ago
I am being blocked from SHARING my above comment -not allowed to speak the truth these days --WHAT NEXT ?? View
May Agnew - 1 hour ago
Turning the beauty of Canberra into a concrete jungle now and to think that so many hard workers who built this beautiful cit... View
Jamie Peterson - 4 hours ago
This article is the same as a puff piece for Andrew Barr 😂😂😂😂😂😂😂😂😂😂😂😂😂😂😂😂😂... View
Lifestyle 65