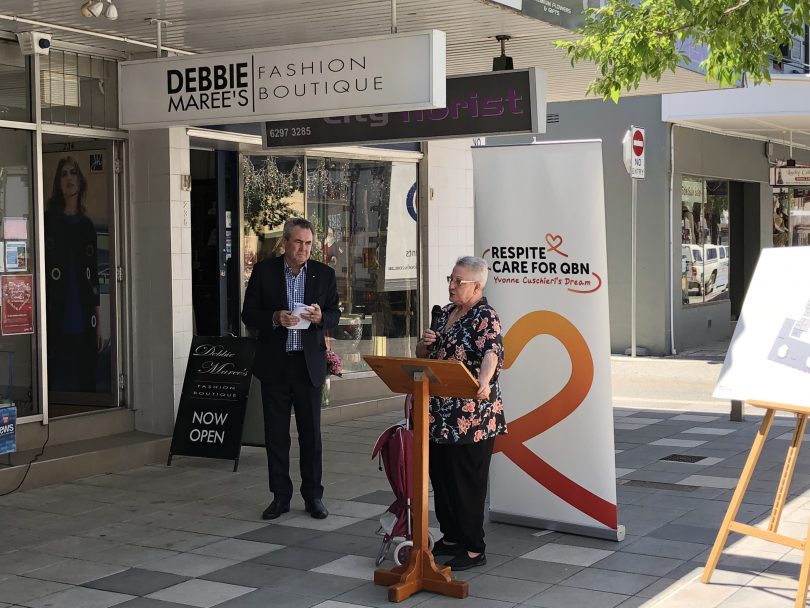 Yvonne Cuschieri and Paul Walshe at the launch of Respite Care for QBN. Photo: Supplied.

Yvonne Cuschieri was a formidable force of nature.

In 1985, she started what evolved into the ACT Eden Monaro Cancer Support Group, which is now known as Rise Above. She began by launching a fundraising campaign to enable 13 local teenagers with cancer to attend a Canteen national camp.

Soon after, social workers started asking for help for other families impacted by cancer and facing financial hardship. Yvonne recruited friends to help out, and the support group was born.

Paul Walshe was one of those recruited to assist. He was playing football for Queanbeyan Tigers in the late-1980s with Yvonne’s son, Roger, when an after-match charity fundraiser changed his life forever.

The fundraiser was for the ACT Eden Monaro Cancer Support Group. Paul was enthralled by Yvonne’s ability to secure support from individuals and businesses with the aim of helping others.

The chance meeting resulted in the joining of two formidable individuals.

Together they raised money through a range of activities, including the Money for Millie campaign in 2000, which raised $410,000. 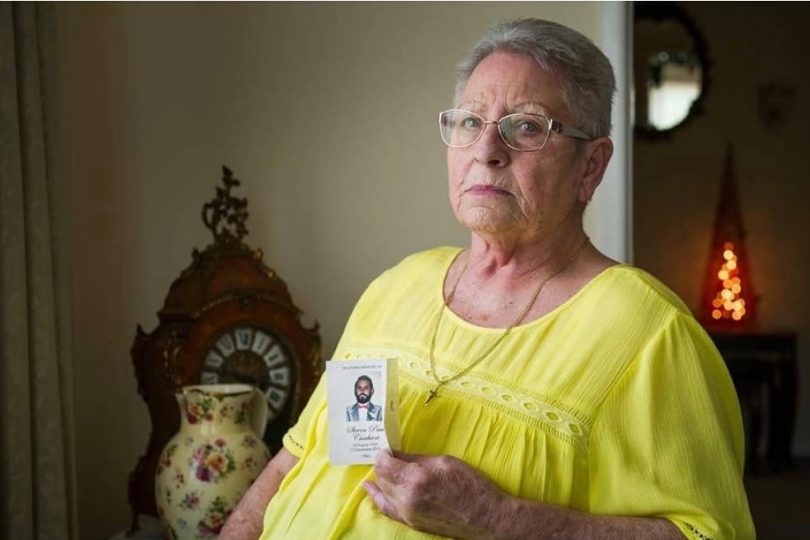 Yvonne Cuschieri holding an image of her son, Steven, who died in 2013. Photo: Elesa Kurtz.

There was also Convoy for Cancer and Hawaiian-themed balls. Paul’s employers, ActewAGL, became sponsors of the support group, along with Queanbeyan Leagues Club.

For 15 years, Yvonne and her band of volunteers operated the charity before the workload became too great and full-time staff were employed.

In the past 35 years, the organisation has provided financial support and friendship to more than 30,000 cancer sufferers and their families.

Yet Yvonne was not content with setting up one charity.

Following the death of her son, Steven, in 2013, Yvonne established Respite Care for QBN.

She felt that a nursing home or aged care facility was not the right environment for younger people seeking respite care so she set about creating a better arrangement.

Paul was again recruited and Respite Care for QBN was initiated.

“In December 2018, we launched Respite Care for QBN to raise funds to build and administer a purpose-built, six-bedroom respite care facility for people aged between 18 and 60 who are suffering from a terminal and chronic illness,” says Paul. 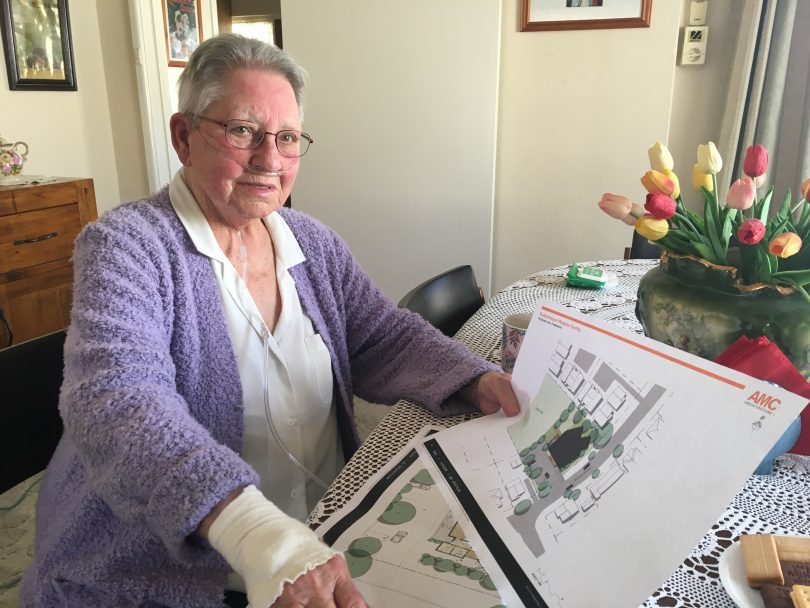 Yvonne Cuschieri with plans for the Respite Care for QBN facility. Photo: Supplied.

He says $1.5 million in government funding has been secured to build the facility, with a 30-year lease provided by Queanbeyan-Palerang Regional Council.

“We hope to start building later this year, with the facility up and running by late 2022,” says Paul.

The quest now is to secure Federal Government and NSW Government funding to help cover the running costs expected to be in the vicinity of $1 million a year.

Two weeks ago, a private benefactor gifted the charity $250,000 to assist with the fit-out of the respite care facility.

Yvonne won’t be there to witness the launch of the facility, having succumbed to lung cancer in June 2021.

However, there is no doubt her memory will remain alive in the hearts of many in the Queanbeyan community who benefitted from her incredible energy and a desire to single-handedly improve the lives of others.

Mrs Cuschieri was an inspirational role model of caring for her community and being actively involved in making things happen. A true builder of community support and leaving her world a better place. 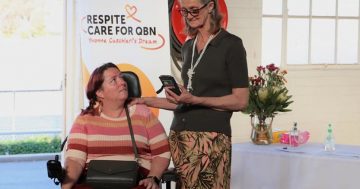 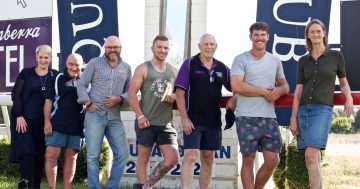