“It all went crazy”: Goulburn truckie keeps his cool during COVID-19 pandemic 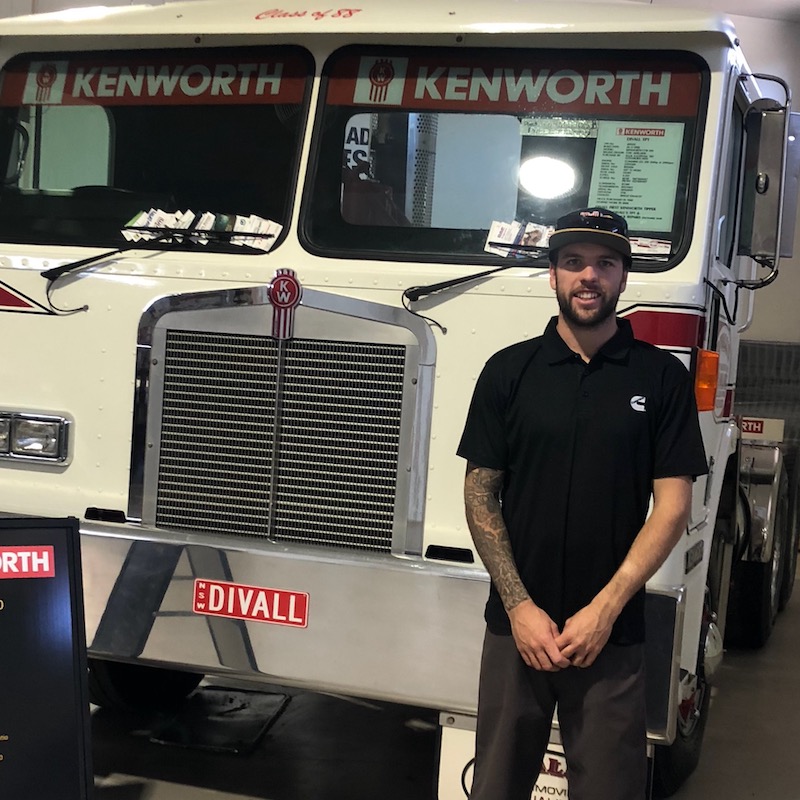 Goulburn truck driver Riley Topping has emerged from “wild, crazy” days of delivering groceries into panic-stricken Sydney with one goal – to be allowed more time for driving big rigs during the COVID-19 pandemic.

During the public’s recent mad scramble for toilet paper and groceries, the spotlight landed on supermarket staff and police who were trying to maintain order. But truck drivers have also stepped up, easing panic-induced demand by keeping a cool head among frantic motorists and maintaining their health and hygiene to stay on the road.

Riley drives Kenworth K200 trucks for line haul company Collins Transport, which arrive in Goulburn from South Australia bound for Sydney markets and distribution centres. “A big night is 30 trucks coming into Goulburn from Adelaide, another night 15-18 trucks into Goulburn,” he says.

“We broke records for the most trucks during consecutive nights in a week – 42 trucks coming up from Adelaide every night and 42 going back. They had 84 trucks on the road every night to meet supply and demand out of Sydney.”

The 27-year-old driver, who began working for Collins Transport in January, arrives at Sydney Markets in Flemington before the 4 am cut-off for trucks and B-doubles. “They are very professional at Sydney Markets,” says Riley. “As we get to a security gate to enter, they take your temperature. If it is too high or you have other symptoms of being sick, you won’t be allowed into the markets. That’s good because the markets are full of produce.”

Each time Riley climbs in or out of his truck’s cabin, he uses hand sanitiser. He also sanitises the cabin when his shift ends. 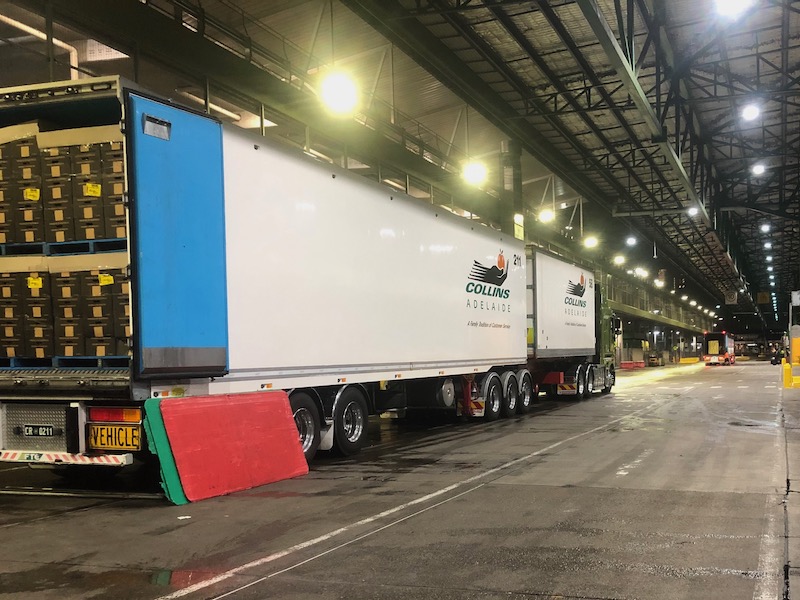 He also drives to Sydney distribution centres for Woolworths at Minchinbury, Coles at Eastern Creek and Aldi at Prestons, hauling everything from melons from Darwin, refrigerated produce, pallets of toilet paper, and dog and cat food.

Some of Riley’s friends who drive store delivery trucks tell stories of having arrived at destinations to find cars parked illegally in loading bays because regular car parks were full, making it impossible to unload. “They were approached to buy things directly off the back of the truck,” he says. “People asked if they had toilet paper on the truck and if they would sell it directly. It all went a bit crazy for a few weeks there.”

Departing Sydney via either the M4 or M5 motorways at the height of the frenzy, he often encountered motorists more frantic about getting to work and not allowing trucks to join the traffic. “They were visionless to their surroundings and not switched on at all,” says Riley. “They were all worried what they were doing. It was a wild time on the road for a few days.”

He believes young drivers should be allowed to work seven days a week to help meet demand and to give older drivers a break during the COVID-19 crisis.

“I can only work six days one week and five days the following week,” he says. “We have plenty of hours, we are in a routine and we are not doing anything else so we can continue to work,” he says. “The trucking industry is made up of a lot of guys 60 years or older. Many of them would think that was great [to have a break].

“They are very concerned about this virus and the effects it could have on their health. A lot of them are ex-smokers who have done a lot of kilometres and spent a lot of time on the road. They are very worried about their immune systems.”

When he’s not driving trucks, Riley keeps fit by riding motorbikes or his push bike and generally keeping busy. “I hope my immunity is up to this,” he says.

Seven years ago, Riley worked as a shearer. During persistent rain when wet sheep prevented him from working, he got his truck driving licence. He loves being behind the wheel of big rigs, listening to country music – especially American duo Florida Georgia Line – podcasts and e-book stories.

“Most of the people you come in contact with are good people,” he says. “They are out there having a crack and just enjoying life.”

JS9 - 32 minutes ago
Amen to that BJ - not just for those wanting to downsize, but those people that may actually want to have families and stay i... View
JS9 - 2 hours ago
Not saying it isn't true Nick, but is there any reasonable, valid research that has been done around housing preferences any... View
bj_ACT - 3 hours ago
How about Canberra developers start building apartments that are big enough and of a high enough quality to encourage mature... View
Opinion 32

Elroy Jones - 2 hours ago
Kate Tricks it is exactly what we need. Why do you think houses are so bloody expensive here?? Because there aren’t enough! View
JC - 2 hours ago
Attractiveness is in the eye of the beholder. I often wonder how an ugly mug like me found a good gorgeous wife, turns out th... View
54-11 - 5 hours ago
I've been to 2nd and 3rd world countries where people are living cheek by jowl, and they can design some very attractive buil... View
Opinion 22

JC - 2 hours ago
Fair enough Mark, but do it in a way that doesn’t use people for political purpose and in a way that does not to missrepres... View
Lea Powell - 3 hours ago
Parton does need to do his homework. He has been elected as a high profile persona. He is used to, in his former position ask... View
whatwik - 5 hours ago
While we're at it I'd like to see cost benefit analyses of having on site residential managers at the larger public housing c... View
News 70

John Moulis - 5 hours ago
Speaking personally, the thing I remember about when I was a teenager and voting were the pop songs. "It's time" for Gough in... View
Julie Macklin - 6 hours ago
The first time I voted I knew almost nothing about politics. I imagine most of my class mates were the same. I voted as my fa... View
Susan Peachey - 9 hours ago
Yes. But make it voluntary until 25. View
Lifestyle 7

@The_RiotACT @The_RiotACT
As Canberra's demand for housing continues to grow, are there too many new apartments on the horizon? One expert says no https://t.co/wOvLEBTlHx (40 minutes ago)